The leaders of the European Union (EU) on Tuesday supported coordinating with "urgency" the needs for joint acquisition of weapons to replenish stocks, which have been diminished by the support given to Ukraine to defend itself from the Russian invasion. 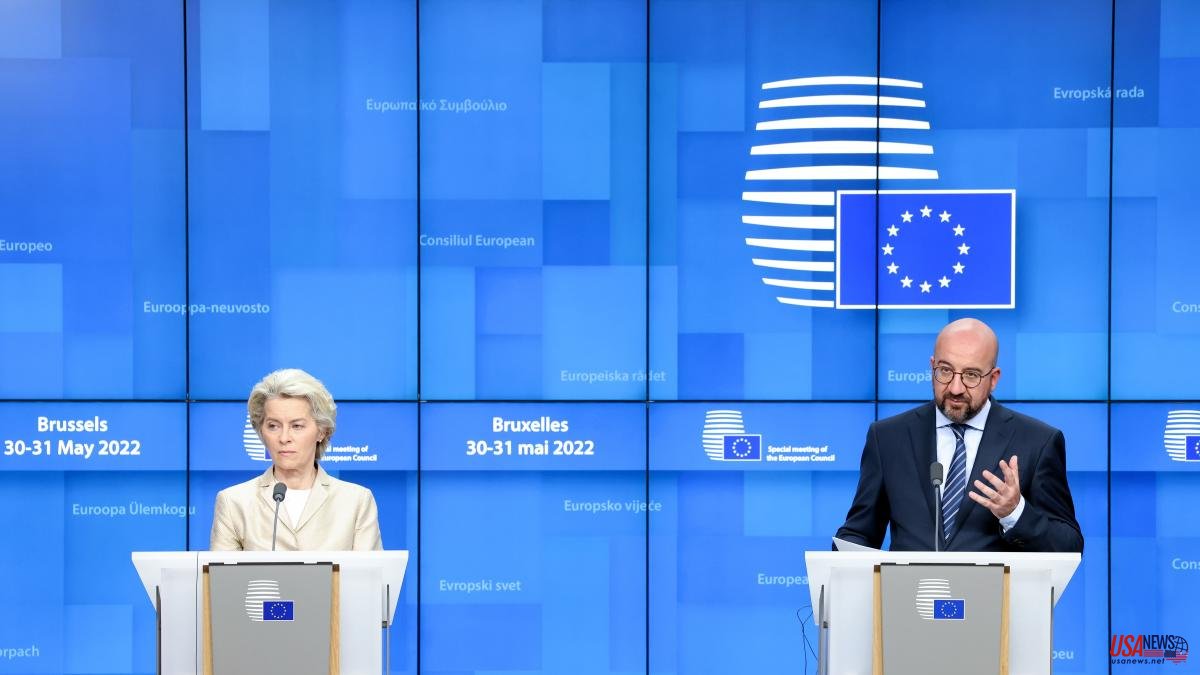 The leaders of the European Union (EU) on Tuesday supported coordinating with "urgency" the needs for joint acquisition of weapons to replenish stocks, which have been diminished by the support given to Ukraine to defend itself from the Russian invasion.

The Community Heads of State and Government approved some conclusions on their second day of the extraordinary summit in Brussels in which they recognize that "the Russian war of aggression against Ukraine has caused an important change in the strategic environment of the European Union" and has put highlighted the need for a "stronger and more capable EU in the field of security and defence".

Specifically, they addressed the recent report prepared by the European Commission and the EU High Representative for Foreign Affairs, Josep Borrell, in conjunction with the European Defense Agency, in which the shortcomings in defense investment are highlighted and recommendations are proposed to strengthen the European industrial and technological base.

“There is a clear urgency to strengthen our security and defense. We have to increase military spending in a coordinated manner and spend more and better, together”, Borrell stressed to the press upon his arrival at the meeting.

"We must not only invest more, but certainly spend and invest more, together. With options such as joint markets, strengthen the European industrial and technological base in this area. Especially taking into account the role of SMEs", highlighted, for his part, the President of the European Council, Charles Michel, at the final press conference of the summit.

Given the investment gaps, the leaders call for the EU Council to consider, “as a matter of urgency, measures to coordinate very short-term defense procurement needs to support joint procurement to replenish stocks, in particular in light of the support given to Ukraine.”

Also in the short term, they ask to start up the temporary instrument proposed by the Commission that helps Member States to strengthen their defense industrial capacities through joint acquisitions.

Later, the European Council hopes that the Commission will propose a joint defense investment program -of a permanent nature- that includes the possibility of VAT exemption for military projects of great common interest.

Furthermore, the leaders urge consideration of the development of a joint EU strategic defense programming and acquisition function, and other measures to map existing and additional manufacturing capabilities as needed, as well as to strengthen capacity and the resilience of the European defense technology and industrial sector, including SMEs.

Similarly, the European Council calls for accelerating infrastructure projects to improve the mobility of military troops throughout the community, and for the European Investment Bank to play a greater role in supporting European security and defense.

The leaders insisted on their determination to apply the "Strategic Compass", the new ten-year community strategy for the EU to gain autonomy in the area of ​​defense and security, for which it will strengthen its partnerships, increase its resilience and will increase its capacity through "more and better investments, focusing on the identified strategic deficiencies".

In the conclusions, in addition, the leaders add that in any case the transatlantic relationship and cooperation between NATO and the EU "are essential for our global security", respecting "fully the principles established in the Treaties and those agreed by the European Council , including the principles of inclusion, reciprocity and decision-making autonomy of the European Union”.

They make it clear that NATO "remains the basis of the collective defense of its members", and in turn recall that solidarity between member states "is reflected in section 7 of article 42 of the EU Treaty".

Formulated in the Lisbon Treaty, in force since December 2009, this article says that if a Member State is "the victim of aggression on its territory", the others "will owe it help and assistance with all the means at their disposal", in accordance with article 51 of the Charter of the United Nations.

It specifies that this will be done "without prejudice to the specific nature of the Security and Defense policy of certain Member States", and adds that the commitments and cooperation of the countries "will continue to be adjusted to the commitments acquired within the framework of NATO".

"A stronger and more capable European Union in the field of security and defense will contribute positively to global and transatlantic security and is complementary to NATO," the community leaders conclude.