The Escolania de Montserrat and the Sant Cugat Symphony, together in Santa Maria del Mar.

The Sant Cugat Symphony Orchestra, which turned 30 last year, is sharing the space of the Basilica of Santa Maria del Mar with the Escolania de Montserrat this Friday, May 27 (8 pm), where they will offer a charity concert. 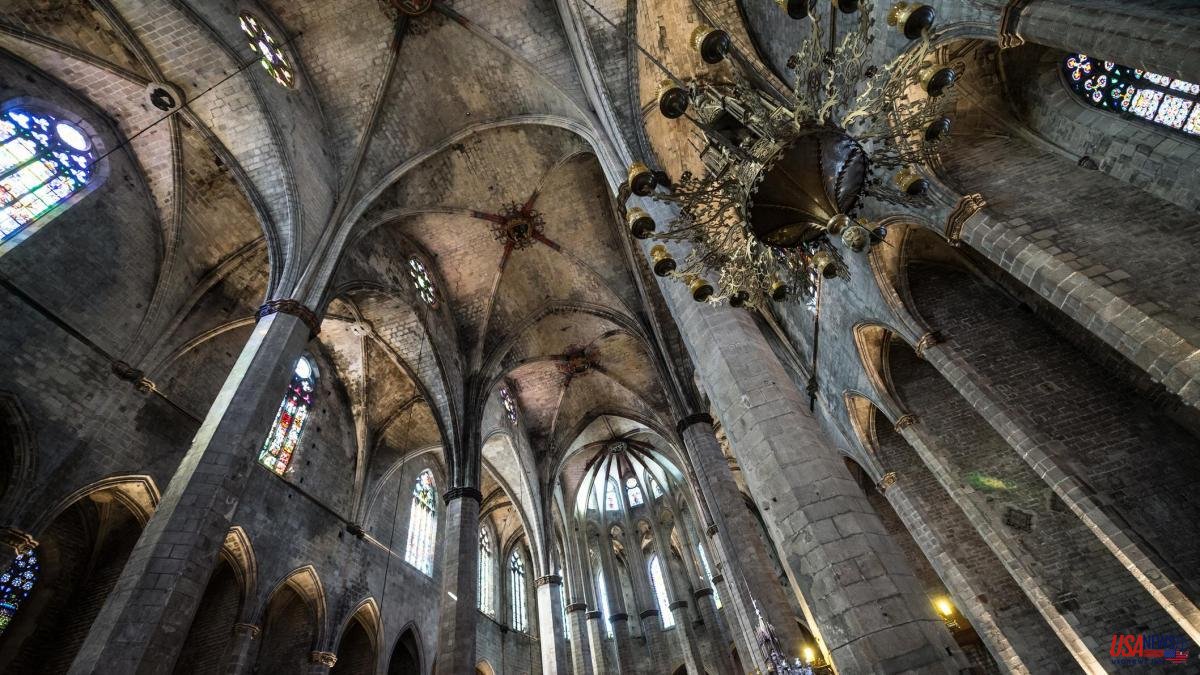 The Sant Cugat Symphony Orchestra, which turned 30 last year, is sharing the space of the Basilica of Santa Maria del Mar with the Escolania de Montserrat this Friday, May 27 (8 pm), where they will offer a charity concert. Between the columns of the emblematic Barcelona temple, the formation of the Vallès and the mythical Montserrat voices will perform musical pieces under the baton of Josep Ferré, owner of the orchestra since its inception, and that of Llorenç Castelló, in front of the choir, although together they will perform El song of the birds.

The solidarity initiative aims to allocate the benefits to the Nen Déu Foundation, a historic social entity that this year celebrates 130 years offering education and specialized care to people with intellectual and physical disabilities in its centers, be it the school, the occupational center, the specialized care day center or the home-residence. It was in 1892 when this entity began to work in Barcelona as an exclusive Hospital for boys and girls without resources.

It is the first time that the Escolania and the Sant Cugatán Symphony share the stage. In this event organized by the Fundació Nen Déu itself and by the Fundació DTI, dedicated to raising social awareness of organ donation for transplantation, pieces from the great classical repertoire can be heard, such as the highly recognizable opening of Armida, the baroque opera by Joseph Haydn, and the famous Intermezzo from Cavalleria Rusticana, by Pietro Mascagni. But also the Soirées musicals op. 9 Tirolese, Bolero and Tarantella, the Suite that Benjamin Britten composed in 1936 based on arrangements of works by Gioachino Rossini.

The orchestra, which since the 1996-97 season has had a regular cycle of concerts at the Teatre-Auditori Sant Cugat, will also perform some traditional Catalan pieces, such as Muntanyes del Canigó and La filadora, both arranged by Ferré himself.

Also Saltarello by the 20th century Hungarian composer Ferenc Farkas, the well-known waltz Serenade by strings by Piotr Íliche Tchaikovsky and, returning to Catalan references, Sant Martí del Canigó, the sardana that Pau Casals composed from his exile in Prada de Conflent, in 1943, dedicated to the monastery of Sant Martí de Canigó and inspired by the poem Canigó, by Jacint Verdaguer. The Escolanía will also perform various solo pieces.

This week it has been announced that Maestro Salvador Brotons will take over from Ferré from the 2022-23 season of this formation that emerged in 1990 as the Sant Cugat Chamber Orchestra. That embryo gave rise to the Sant Cugat Symphony, which has performed 750 concerts throughout the country in recent years, including the Palau de la Música Catalana, the Gran Teatre del Liceu, L'Auditori de Barcelona, ​​the Palau de Congressos de Catalunya, the Oval Room of the National Palace or the Palau Sant Jordi. And since its inception it has shown interest in experimentation and the constant search for new repertoire and different musical styles, whether opera, symphonic jazz, classical music, contemporary music, zarzuela, flamenco or film music.

“I really want to conduct a solid symphony orchestra in the country. Until now I have worked mainly abroad, especially in the United States, and I am very excited to take on the challenge of directing a home symphony group, the Sant Cugat Symphony Orchestra, which over more than thirty years has managed to be a benchmark of symphonic music in Catalonia, to have an extraordinary musical level and to reach a wide and faithful public”, Salvador Brotons stated this week, in the presentation of the next season of this orchestra.

The event was attended by many of the directors and soloists who will participate in the concerts of the season, members and sponsors of the Orchestra and personalities of the Sant Cugatán and Catalan cultural life.

Brotons himself explained the program for the season, in which there will be several guest directors, such as Jordi Piccorelli and Roit Feldenkreis, and also the one who has been in charge of the beginning, Josep Ferré, who from now on will be its artistic director.

The mayoress of Sant Cugat del Vallés, Mireia Ingla, congratulated Brotons and thanked "the great work" that Josep Ferré has done in front of the Orchestra. “Sant Cugat loves culture, music, and specifically classical music. We must continue to work so that music does not cease to be a protagonist in our municipality ", said the mayoress.