A statue of Margaret Thatcher conceived to be placed in front of the Palace of Westminster, next to those of Churchill and Mandela, has finally been erected in her hometown, Grantham, thinking that it would be less controversial there. 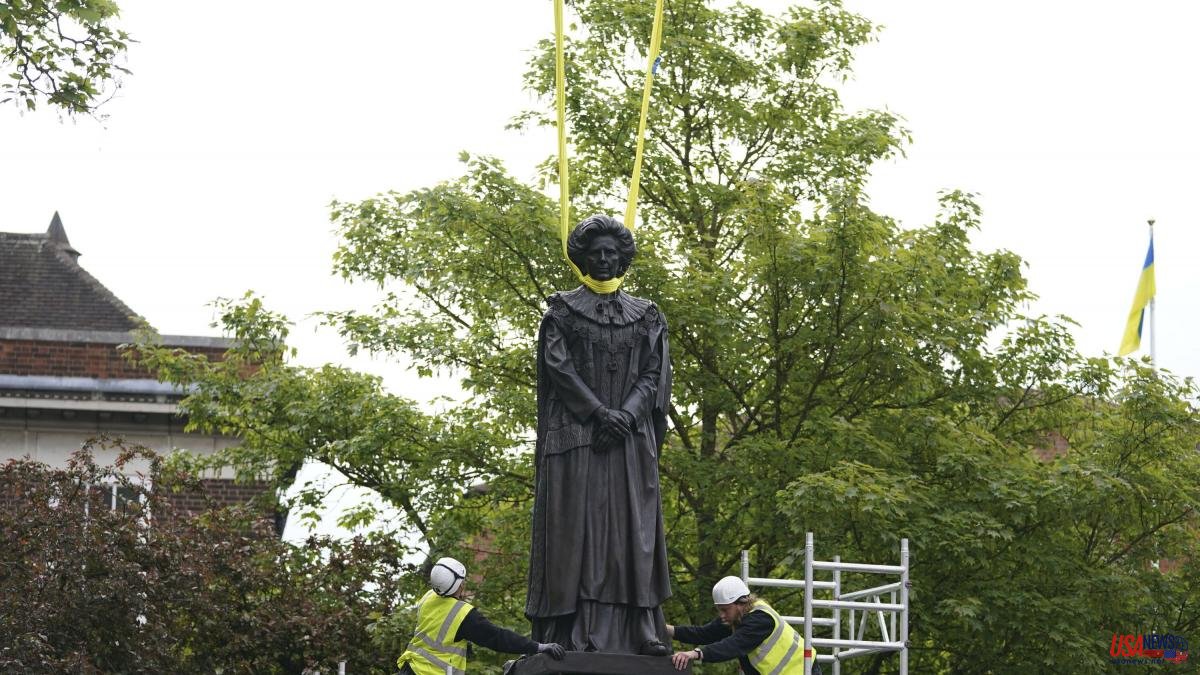 A statue of Margaret Thatcher conceived to be placed in front of the Palace of Westminster, next to those of Churchill and Mandela, has finally been erected in her hometown, Grantham, thinking that it would be less controversial there. But it is seen that The Iron Lady, a controversial figure throughout the country, is not a prophet in her land either. Or at least not entirely.

The bronze statue, about three meters high, has quickly become the object of the wrath of his many political enemies. And although the City Council canceled plans to cut the ribbon at a ceremony that was to cost €100,000, word soon spread on social media that Thatcher was going to make an appearance at Grantham, and a kind of competition was organized to see who was the first to throw eggs at him. Thirteen thousand people signed up on Facebook and in less than two hours there was already a winner.

It was Jeremy Webster, 59, a former university vice chancellor and former municipal employee, who stood on the other side of the fence surrounding the statue and, with a folded newspaper under his arm and a box of half a dozen eggs in his hand. right, he started throwing them with his left. Not necessarily an easy target from a distance, so he only hit one of them. Enough, however, that poor Maggie, who didn't say a word, stoic, was stained yellow and her admirers (she has them too, and many), had to send the dress to the dry cleaners. Lincolnshire Police have opened an investigation into the incident but have so far not arrested or fined anyone.

The sculpture has cost half a million euros, and it appeared surreptitiously, almost with premeditation and treachery, in the Civic Quarter of Grantham, very close to the grocery store that the father of The Iron Lady had (now in bronze), and where She spent her childhood and adolescence as a plaque recalls, falling in love with the theories of Adam Smith and becoming an ultraliberal capitalist who is still the reference character of the Conservative Party today. Hence, a very important part of it raises its hands to its head when Boris Johnson raises taxes to levels unknown for seventy years, or hits the money-making machine without thinking about inflation or the public debt that are the inevitable result, as is being verified.

Thatcher watches the people of Grantham, along with physicist Isaac Newton (who formulated his theory of gravity on the example of apples, but they could just as well have been eggs) and 19th-century politician Frederick Tollemache, after whom two pubs are named , a considerable honor. The City Council has installed a closed-circuit camera precisely to intimidate those who have plans to launch projectiles at the former prime minister, or whoever comes up with the idea – as has already been suggested on the networks – of tearing down the statue like that of Saddam Hussein in Baghdad or those of Lenin in the Ukraine, or throw it into the river like that of the businessman and slaver Edward Colston in Bristol.

At the moment, apart from the egg that hit her fully, there have been no more incidents except the sound of car horns when they pass near the statue, as a boo, although there are also those who take a selfie with her . Among her enemies are the Welsh and Yorkshire miners she put out of work because she decided coal mining was not a profitable business, and all the victims of her policy of de-industrialisation (in Scotland she is sincerely hated). . Among her fans, all those who bought subsidized flats at a bargain price to become homeowners, and the English nationalists who considered the Malvinas war heroic, and applauded every time she stood up to the EEC.

Thatcherism was never an ideology, but rather a cult of personality, with a fine line between competence and personal vanity. In the end Maggie, after a decade in power, lost the perspective of what was possible and what was not, she committed the madness of the poll tax (a regressive tax, in which the poor paid the same as the rich), and it was annihilated by the cabinet, which did not share its Euroscepticism, the precursor to Brexit.

Scrambled Eggs a la Thatcher may not be the brainchild of Ferran Adrià or the Roca brothers, but it is the trendiest dish in Grantham.