The end of an entire era

If anyone seemed capable of defying divine and human laws, and being eternal, it was Queen Elizabeth II of England, the longest-serving monarch in the country's history, seven decades on the throne, the first-person protagonist of British history and the world from before the Second World War to the great economic crisis of now. 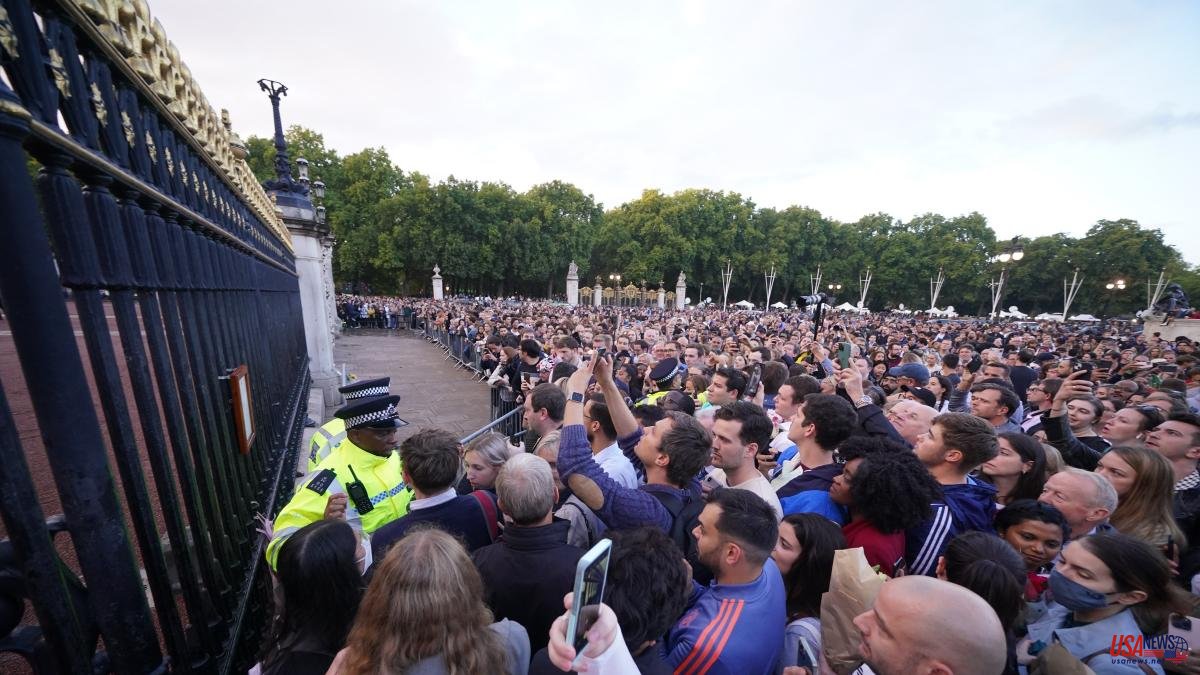 If anyone seemed capable of defying divine and human laws, and being eternal, it was Queen Elizabeth II of England, the longest-serving monarch in the country's history, seven decades on the throne, the first-person protagonist of British history and the world from before the Second World War to the great economic crisis of now. But life and nature spare no one, and time always ends up winning the game.

Shortly before seven o'clock on a rainy and dark afternoon in London, already autumnal, with gray and funereal skies as if they knew what had happened, Buckingham Palace issued the statement announcing her death: "Queen Elizabeth passed away peacefully this afternoon at Balmoral Castle. The king and queen consort will stay there tonight and return to the capital tomorrow." Since shortly after noon, rumors had begun to circulate that the British monarch was in very bad shape, even that she had already passed away, encouraged by the fact that all her closest relatives (her children and her grandson William) were flying to Aberdeen, the nearest airport. Enrique, who was in England for private activities and did not plan to meet the family, was the last to go. His wife Meghan did not go, nor did Catherine, who stayed in Windsor with her children.

Only on Tuesday Elizabeth II had accepted the resignation of Boris Johnson and appointed Liz Truss as the fifteenth prime minister of his long reign. One of the first things the new Conservative leader has had to do, dressed in black in front of 10 Downing Street, has been to reflect the pain for the country at the moment of saying goodbye to "the rock on which the modern Great Britain, a pillar of stability and strength”. Undoubtedly a gigantic figure in its history, of Churchillian dimensions, witness and to a certain extent manager of the imperial decline of the United Kingdom, helmsman in its many adventures, from the bombings of the German blitz and the hardships of the forties and fifties to prosperity of the new millennium, the entry and exit of the EU and the current dramas, going through the cold war and the loss of the colonies, the great constant in a national journey full of curves.

King Charles III, her eldest son and until now Prince of Wales, expressed in a brief note the "deep sorrow of the family at the death of our beloved mother", a year after losing his father, Duke Philip of Edinburgh. . Hundreds of people laid bouquets of flowers before sunset at the gates of Balmoral Castle – whose entrance was protected by two police cars – and gathered at the gates of Buckingham Palace, with a double rainbow in the sky. sky, in the greatest show of popular mourning since Diana's death a quarter of a century ago. Messages of condolence poured in from all corners of the world, starting with the fourteen Commonwealth countries of which Elizabeth was head of state. In all official buildings the flags were lowered to half-staff.

Isabel had been in fragile health for some time, typical of her advanced age, which caused her mobility problems and had substantially reduced her appearances in representational acts, but there was no evidence that she had any serious illness and such an abrupt outcome was not expected. The same Tuesday she had looked small and delicate at her hearings with Johnson and Truss, but nothing more. At Balmoral she was alone with her valets, and Princess Anne, who was going to and from her engagements in Scotland.

She ascended the throne in 1952, as a 25-year-old in a very different world, marked by the scars of World War II, the culmination of a matriarchy also made up of Elizabeth I and Queen Victoria, which ranges from Elizabethan splendor to today. , with milestones such as the creation of the largest trading empire in history, post-war reconstruction and decolonization. He modernized the Windsor house and preserved the popularity of an institution supported by two-thirds of the citizens (it costs each one an average of three euros a year), generally considered a good investment, a source of stability and respect for the tradition. The United Kingdom has been defined as a country of “moderate monarchists and reluctant republicans”.

The Windsors have also had their moments of trouble during the reign of Elizabeth, especially after the death of Diana, with the divorce of Carlos and the sexual scandals of the nineties, and in recent years the friendship of Andrés with the convicted pedophile Jeffrey Epstein, and the accusations of having had sexual relations with a minor who was part of a prostitution ring, settled out of court.

But Elizabeth already conquered the hearts of the British before accessing the throne, when in the war she was driving ambulances and braving Luftwaffe bombs instead of taking refuge in the countryside. And always, no matter how long her reign was and her conflicts that surrounded her, she maintained an image of integrity, professionalism and sense of duty that weathered the storms and at times prevented greater evils. Her compatriots perceived her as a discreet, cunning, sensible and hard-working woman, although with a touch of temper and the sense of superiority and aloofness of the aristocrats.

Seventy years ago, when she became queen, Ernest Hemingway had just published The Old Man and the Sea, and John Steinbeck's East of Eden, and An American in Paris won the Oscar for best picture. Harry Truman decided not to stand for election in the United States, which Eisenhower won with Richard Nixon as vice president, while Senator McCarthy hunted witches and persecuted communists. Today the challenges for Carlos III are very different, the war in Ukraine and the cultural war, Putin and the energy crisis. with an impoverished and fractured Britain and an increasingly unequal society.