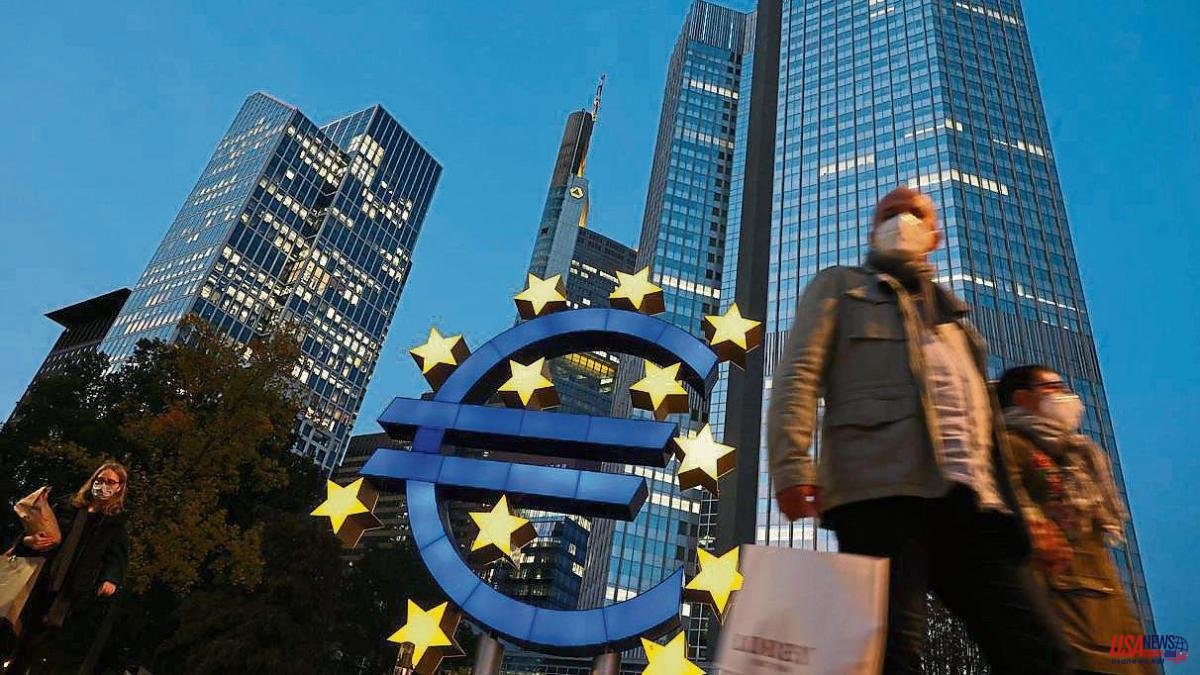 The European Central Bank (ECB) will raise interest rates again today, predictably to 1.25%, according to market sentiments. Investors' positions show that the chances of a rise of 75 points (0.75%) were 75% yesterday, lower than the 90% of the previous days, but still the majority. The option of an increase limited to 50 points, like last July, has fewer options, but it is still there.

Christine Lagarde, president of the ECB, and her team of governors have long since seen inflation as a passing thing and their moderate and accommodative message has given way to a more realistic one. It is already admitted that inflation will remain very high for a long time yet and that it is necessary to raise interest rates sharply to combat it. If the 75 points are finally chosen, it will be the first time that such a forceful increase has been adopted since 1999.

Money has been more expensive for a long time for states, companies and families. The Euribor, one of the indicators to which many loans are indexed –such as variable mortgages– has already climbed to 1.9%, according to yesterday's daily rate.

The blame for everything lies with inflation, which has been totally out of control for months. The year-on-year increase in prices was 9.1% in August in the eurozone, a level that requires a much more aggressive monetary policy than the current one because inflation expectations remain high.

“We expect the ECB to raise interest rates by 0.75% this week, although we think it will stop doing so much sooner than the market expects due to the recession: bringing inflation back to central bank target levels means destroy demand with a recession,” investment firm BlackRock said in a note to clients yesterday. Enough with the additional 0.75% possible for today? There are those who think not, that the ECB should run a lot more.

Today, the ECB will update its forecasts and a sharp cut is expected due to the impact of inflation and the rise in the price of money on consumption and investment. Recession, or a sharp slowdown, is on the horizon. This week, the ratings agency Fitch Ratings said that if the Russian Nord Stream pipeline remains stopped it would reduce the eurozone's GDP in 2023 between 1.5 and 2 points compared to June estimates. The same report added that the reduction for Germany would be about 3 points and 2.5 points for Italy. In sum, Fitch believes a recession in the eurozone in the second half of the year is increasingly likely.