The ECB raises rates: this is how it affects your mortgage, purchases, employment, bills...

The European Central Bank (ECB) has raised this Thursday the reference interest rate from 0% to 0. 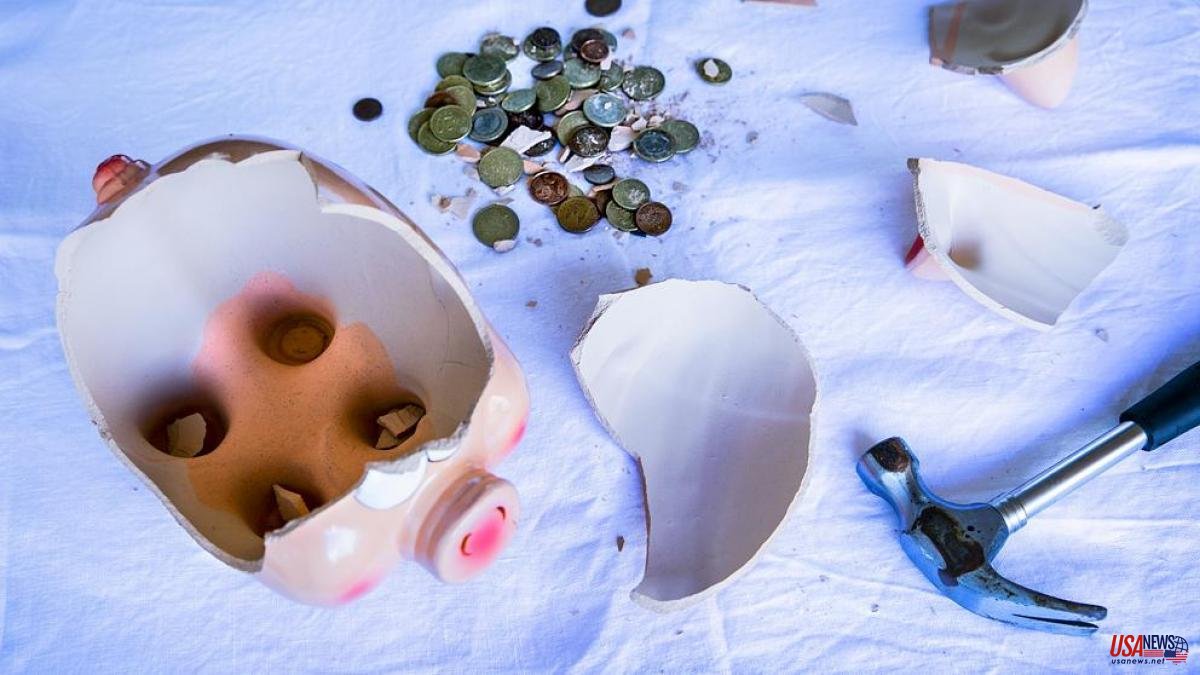 The European Central Bank (ECB) has raised this Thursday the reference interest rate from 0% to 0.50%. The measure seeks to tackle the inflation that has plagued the pockets of the citizens of the eurozone for months. The idea is to calm demand by restricting money flows, which can translate into a slowdown in the economy.

What repercussions will raising the reference interest rate, the price paid by banks to obtain financing from the ECB, have on a day-to-day basis? The affectation may not be so much with half a point. Of course, if inflation continues and the ECB is forced to raise rates again, the impact may be much more noticeable.

In the realm of housing, it will make mortgage granting more expensive and access will be tougher, since the money that entities lend will seek to go to more solvent consumers, who can pay more expensive financing.

Also those who have flexible loans in force will see the installments rise as they are referenced to the Euribor, a rate that will go up. In fact, the market -the Euribor is set by the price at which entities lend money- has already been increasing with the forecast of an increase in rates and has reached a maximum of a decade, at 1.164%. "The Euribor already discounted a rise. The ECB's decision does not directly affect the mortgage as such, but when it comes to reviewing the loan because the reference Euribor is taken," says Ricardo Zion, professor at EAE Business School.

"The mortgaged are going to be the main affected by the rise in interest rates, since it will cost them more money to repay their mortgages if they have a variable interest rate", they point out from HelpMyCash.

As variable mortgages will begin to rise, those who in recent years have taken advantage of offers from banks with 1% or 2% fixed mortgages have done business, Zion says.

Loans will also become more expensive. For banks, financing becomes more expensive from today. The 0.50% rise in the reference rate is the rate for the money that the ECB leaves to entities to lend to their clients, so they have to transfer it to the consumer so as not to lose money along the way. This would be seen in loans to both individuals and companies. As borrowing will be more expensive, the demand for financing and consumption will decrease. "Consumer loans will end up rising, for the purchase of a car, a washing machine...", exemplifies Zion.

In the case of companies, those that used credit to refinance debt, the practice can become impossible for them and they enter higher and higher debts.

The rise in interest rates may lead to a slowdown in activity. With worse financing conditions, the growth of business activity slows down and this can end up affecting its operation, and employment if things start to go wrong. As consumers will have more expensive financing, they will think twice before spending on credit, reducing consumption.

Thus, if demand from industry and consumers falls, the pressure on energy consumption -which is soaring today-, raw materials and materials would have to be calmed, stopping the increase in prices in the shopping basket.

But is a rise to 0.5% enough to trigger it? "The price of energy is an external factor, difficult to manage. Prices are going to continue to rise in the short term, we would have to make increases like in the US for it to happen, up to 2%-3%. at 0.5% and inflation at 8% is not going to show on the bills," Zion believes. The fall in prices could come more in the medium term, if there is a recession, something that more than one already takes for granted. "The real slowdown in consumption will come with the recession, which could happen after the summer. That will help curb prices...".

One of the positive aspects of the rate hike is that customer deposits in banks would begin to be better remunerated. With an increase as low as the one that has been decided, but, it is not expected that large increases will be seen and that the remunerations of the past still do not return. "Savings have not been repaid for years. The window is open for them to rise, but I don't think a war will break out over liabilities. Towards the end of the year, if rates continue to rise, maybe yes," says Zion.

In terms of investments, rate hikes direct investment towards fixed income, debt, while variable income, the stock market, would take a back seat in the interest of investors. "Theory says that if rates rise, it negatively affects the stock market. Banks rise because finally the price of money, their business, has risen and they will have more margin. In indebted companies it will have a negative effect," counters the professor.

The logic is that the states will have to pay more to finance themselves and will no longer have as much support from the ECB's purchase programs, offering higher yields on their emissions, today at historic lows. With higher rates, they will attract more attention as a safer investment than the stock market. "Fixed income will have better remuneration, it will be more attractive," explains Zion.