The ECB places interest rates at 1.25% after a historical rise of 75 points and prepares more increases

The European Central Bank (ECB) has finally put the bow to inflation, which is located at 9. 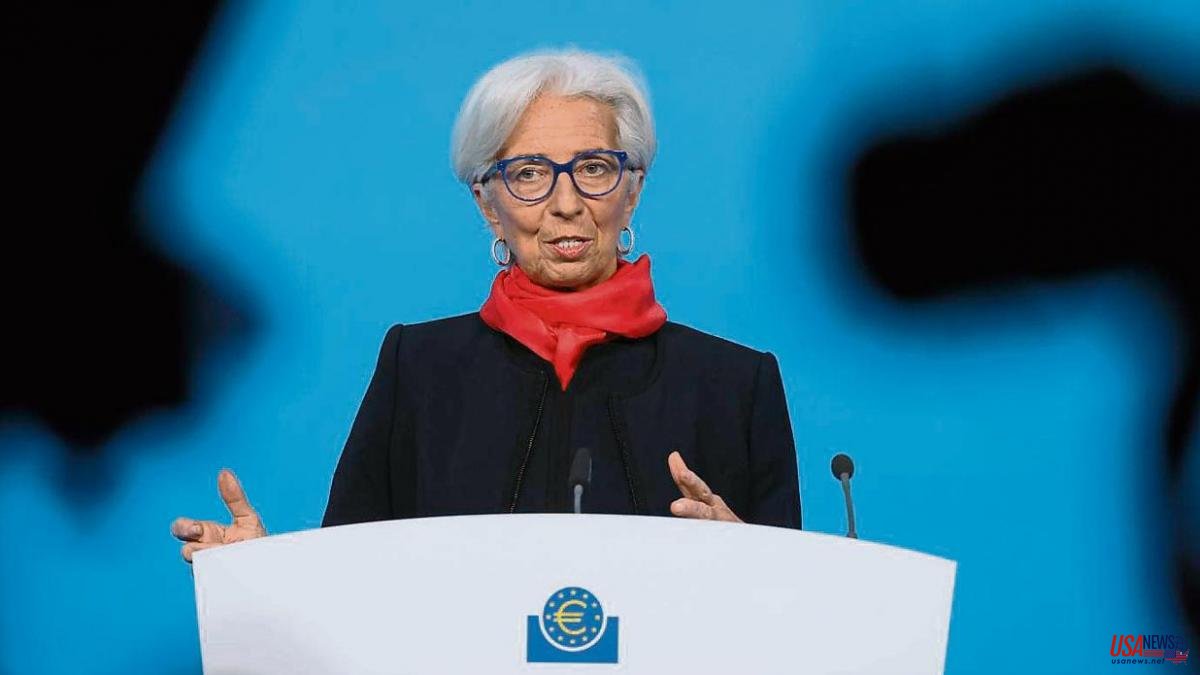 The European Central Bank (ECB) has finally put the bow to inflation, which is located at 9.1% in the eurozone, and has today raised key interest rates by 75 points to 1.25%. The interest rate on the main refinancing operations and the interest rates on the marginal lending facility and the deposit facility will increase to 1.25%, 1.5% and 0.75%, respectively. It is the biggest rise since 1999 and the second in a row after the one carried out last July, which ended eleven years without raising rates. As medium-term inflation expectations continue to be higher than desirable, these movements will not be the last and new increases, probably more moderate, are expected in October and December.

In the market, interest rates have been rising for some time, both for sovereign risk - that of the public debt of the different countries - and for companies and families. The Euribor, which was negative a year ago, is now close to 2%, raising the installments of variable mortgages and many other loans indexed to this indicator. Inflation cuts families' spending power, destroys business margins and raises the Treasury's interest burden. With the rate hike, consumption and investment will slow down, which will imply less strength or weakness in demand and that, sooner or later, will end up helping prices moderate.

In a statement issued at the end of the governing council, the ECB says about the rate hike that "this big step anticipates the transition from the predominantly accommodative level of official rates to levels that guarantee the timely return of inflation to the target at medium 2% term of the ECB". The Governing Council adds in the note that "it made today's decision and expects to raise interest rates further, because inflation remains too high and is likely to remain above target for an extended period." ECB economists have revised their inflation projections upwards significantly and inflation is now expected to average 8.1% in 2022, 5.5% in 2023 and 2.3% in 2024.

After the announcement of this latest rate increase, the president of the ECB, Christine Lagarde, has acknowledged that this 1.25% is still "very far from the level we need to bring inflation up to the 2% target". However, she has not said how far the bank planned to go. "Inflation is too high and will continue to be very high due to the energy crisis," she pointed out. Regarding the risk of entering a recession, Lagarde believes that it is a real scenario for 2023 "if there is a total cut in the supply of Russian gas."

The very high inflation is already affecting growth in the euro area, which slowed in the second quarter of the year to 4.1% year-on-year from 5.4% in the previous quarter. The ECB does not foresee a recession in the eurozone for now, but it does foresee a significant slowdown in the economy in the following months. Specifically, the bank has adjusted its growth to 3.1% this year, 0.9% in 2023 and 1.9% in 2024. In the short term, curves are coming, says the ECB: "After experiencing a rebound in the first half of 2022, the latest data point to a substantial slowdown in euro area growth, with the economy expected to stall in the final months of the year and in the first quarter of 2023".

On the other hand, the governing council of the ECB intends to continue reinvesting, in full, the principal payments of the securities acquired under the APP -the debt purchase program- that mature during an extended period of time. after the date on which the ECB's official interest rates began to rise last July and, in any case, for as long as necessary. maintain ample liquidity conditions and an adequate monetary policy stance, explained the entity.

Regarding the PEPP (the special program to fight against the recession derived from the pandemic), the governing council intends to reinvest the principal payments of the securities acquired under the program that mature until at least the end of 2024. In any case, the future roll-off of the PEPP portfolio will be managed to avoid interference with the proper stance of monetary policy.