The drones that frighten the Russian troops

There are some gadgets, many branded as toys in the style of a remote control car, that are scaring Russian troops in Ukraine. 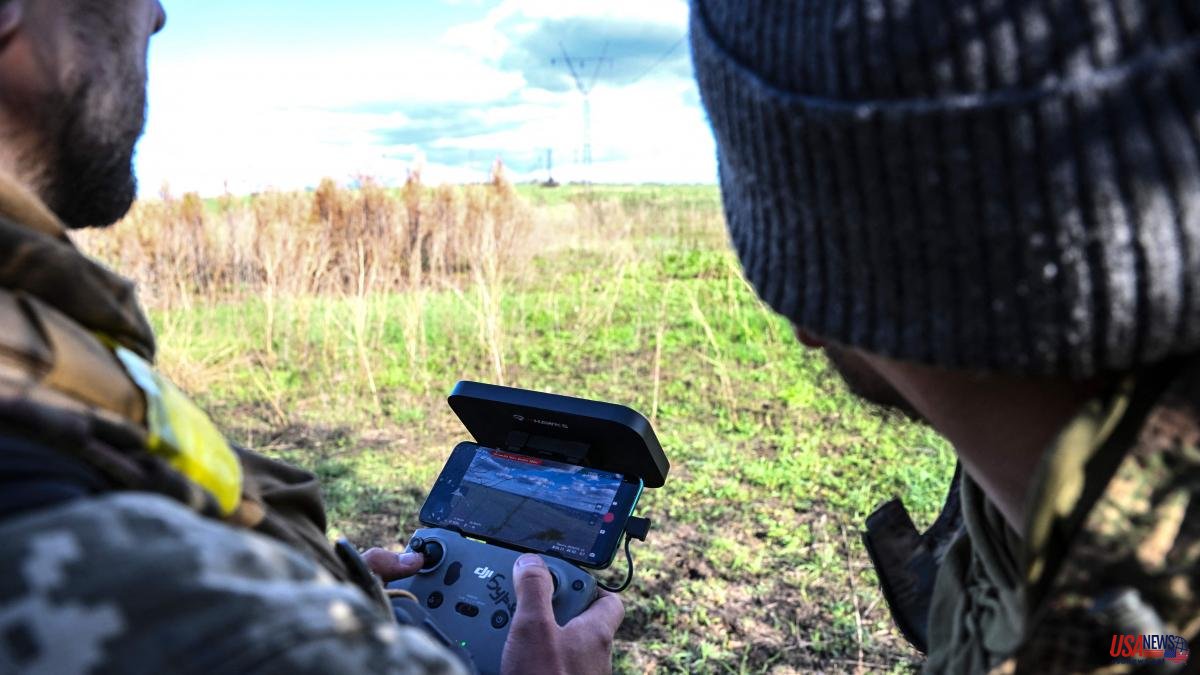 There are some gadgets, many branded as toys in the style of a remote control car, that are scaring Russian troops in Ukraine. These devices are flying drones, many of them of domestic line, which, properly adapted, are capable of dropping an explosive charge that can range from 200 or 500 grams to eight or ten kilograms.

Examples of the use of these drones on the front lines can easily be found on social media, especially YouTube. However, to reach this type of military use, there has been prior planning that has passed through the military hierarchy and the Corps of Engineers. The Ukrainians have various laboratories or workshops where they prepare the drones and where, through 3D printers, they manufacture tail stabilizers for the projectiles that are dropped from the devices so that they follow a linear trajectory and fall on the targets.

“You can even buy many of these devices in toy stores, but at the same time they are capable of launching an explosive with the power to stop the advance of a column of soldiers due to the panic that unleashes in the lines the arrival of a projectile that they did not hear. arrive nor do they know very well where it comes from, ”explains Daniel Santos, civil engineer, technical manager of the Octocam-Maps company, based in the Barcelona town of Rubí. The company is highly specialized in the use of drones for commercial purposes.

But Daniel Santos, during his professional career, has developed security projects in which the use of these devices as a tactical tool was integrated. With BOPE, the Brazilian police's elite assault group, he incorporated the use of drones in operations such as entering certain hostile favelas.

The Ukrainians are using certain very modern models, some even equipped with high-precision cameras equipped with thermal sensors, which can cost between 10,000 and 20,000 euros. But beyond this more sophisticated equipment and with a load capacity of several kilos, such as the Matrice 300 RTK, the Ukrainian forces have much smaller swarms of drones, with price ranges below 1,000 euros, with the that they can afford to use them, even, as kamikazes.

“They are even using obsolete models to avoid being located more easily. Not that there are many left on the market, but there are still some stocks in some places. Their navigation is more manual and less susceptible to interception”, comments Santos.

Russia has material to defend itself from the use of drones, especially the more sophisticated the rival devices are. Thus, and provided that the target unit of the attack has this equipment, it can, for example, detect where a drone has taken off from by the electromagnetic trail it has left and immediately, sometimes in a matter of a few seconds, launch a howitzer with great precision. about that point. For this reason, pilots are strongly advised to move as far away as possible from the point from which the aircraft began to climb once the takeoff has begun.

There is also, and as long as the attacked unit is provided with such equipment, the possibility of using inhibitor devices that disorient them or leave them fried, as they say in jargon. "But there are so many frequencies used by drones that the columns should have a lot of antennas," explains engineer Santos. They would have to carry many antennas of different frequencies or equipment so specialized and expensive that it makes it impossible to distribute them in a generalized way to the units.

The vast majority of small and medium-range drones – the really big ones like the Predator, fall outside this group – are made in China and almost all of them are made by DJI. Such was the pressure on this company since the beginning of the invasion that already in April, the Chinese drone giant stopped selling its products to countries like Russia and Ukraine to prevent the use of its devices in combat. "DJI abhors any use of our drones to cause harm and so we have temporarily suspended sales in these countries to help ensure that no one uses our drones in combat," a spokesman for the manufacturer said.

However, there are no more territories excluded by DJI for its export of devices. Thus, countries as close to Ukraine as Poland, Slovakia, Hungary or Romania continue to receive orders with drones or spare parts without problems. The same happens with Russia's neighbors such as Belarus, Kazakhstan or Azerbaijan.

In addition to the already mentioned Matrice 300 RTK, this kind of low cost war of drones in Ukraine, is starring the MAVIC 2 and 3 series and the Phantom series.

Drones probably won't change the course of war unlike the Himars rocket launcher, the AGM-88 HARM anti-radar missile, or the M777 howitzer, but they have become "a very effective tool of fear," explains the expert. in drones.

There is one more type of device, known as Rissing Drones, which are contraptions designed to go at speeds greater than 100 kilometers per hour, very small, very light, with little load capacity and lacking an autonomous navigation system that is suspected. that have been used sporadically on the front lines as kamikaze drones.

They can be piloted through a classic controller or with immersive glasses. They have very little flight autonomy, an average of two or three minutes, but their very high speed and the simplicity of their navigation equipment allow the pilot to easily get to safety given the long distance that the drone covers in a short time. It can't do great damage, but it can create a huge amount of confusion, especially if they are swarmed.