The drama of Benzema and France

In a month and two days, he went from living a dream to starring in a real drama. 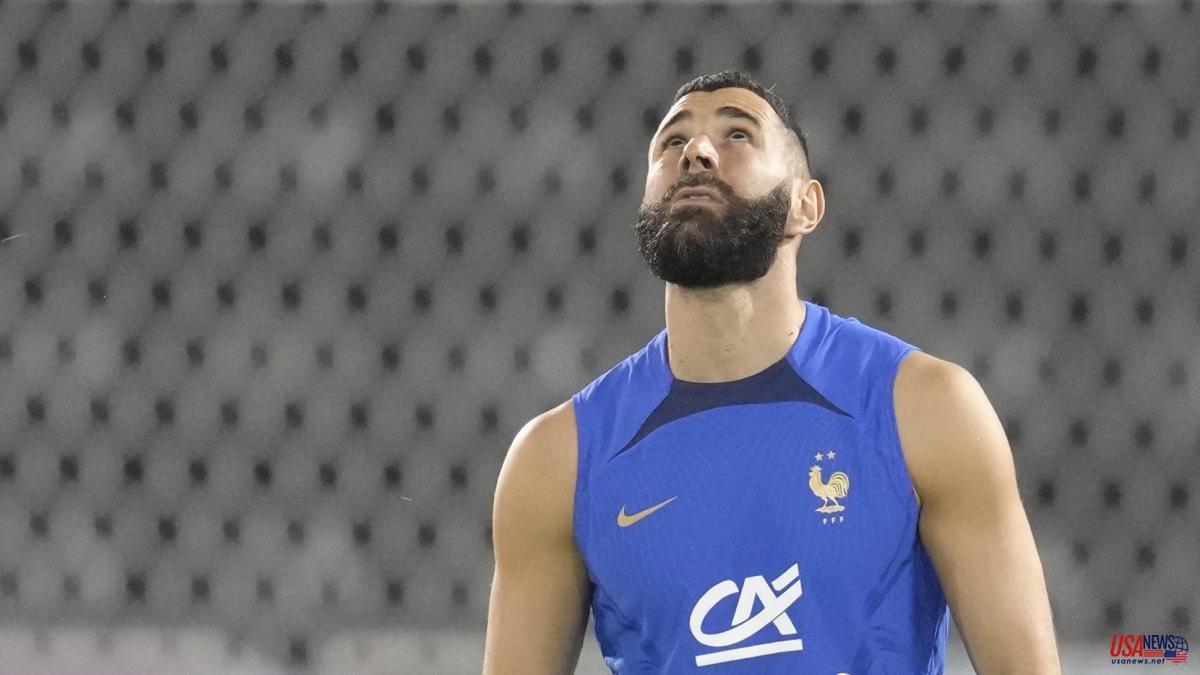 In a month and two days, he went from living a dream to starring in a real drama. From caressing the roof of soccer to hitting rock bottom, forced to give up the World Cup. Karim Benzema won the 2022 Ballon d'Or on October 17, after winning the Champions League and the League with Madrid, and wanted to extend his reign in Qatar with France. However, yesterday, just the day the event started, at 8:00 a.m. in the Arab country (two hours less in Madrid and Paris), the striker boarded flight QR149 that took him back to the Adolfo Suárez airport. Decks.

The World Cup is left without one of its great stars at the first change, the current Ballon d'Or. And the French team, current world champion, lost its great novelty to try to defend the scepter obtained in Russia four years earlier. In fact, since he collected the coveted award at the Parisian Châtelet Theater gala, Benzema has only been able to play two games because of the quadriceps in his left leg. The same muscle that separates him from the World Cup.

The attacker's face when he left training on Saturday – the first one in which he tried to prove himself – was due to circumstances and did not bode well. Griezmann thought the same thing. "He had a very sad face," revealed the Atlético player. The footballer went to the Aspetar clinic with doctor Franck Le Gall to undergo tests that confirmed the muscle tear. Impossible to reappear before December 18, date of the final. That pushed him to make the tough decision. “In my life I have never given up but tonight I have to think about the team as I always have. Reason tells me to give my place to someone who can help our group to have a good World Cup", explained the player.

Benzema turns 35 next month and it is more than possible that he will end up retiring from football with only one World Cup played, the one in Brazil, in 2014. Before, Doménech did not call him up for South Africa. Then he was away from Les Bleus for almost six years for disciplinary reasons until he returned in 2021. Now an injury leaves him out of action.

“It is a hard blow, of course. Karim did his best to recover. It was an innocuous gesture, ”said coach Didier Deschamps about the relapse on TF1 television. "There wasn't even a sprint or tried a shot." The coach denied that the player had rushed back to work thinking about his debut. “In training you can also get injured. It's never a good time. What had to be done was done. I am extremely sad for Karim, ”he assured.

The coach announced that he prefers not to call a substitute, although until today he had time to replace Benzema. “I have decided so, nothing more. We have a quality group. I have confidence in them for what they do on and off the pitch. We are going to give it our all from the first game”, he commented. So France is left with 25 players.

Benzema joins the list of blues that will not be in Qatar due to injury: Pogba, Kanté and the goalkeeper Maignan did not even enter the squad but then Kimpembé and Nkunku were dropped at the last minute. "We can't lower our arms", harangued Griezmann, who will share the lead with Mbappé and surely with Giroud (36 years old). They were the attack in Russia. Dembélé will wait for his opportunity. France hopes that the Benzema drama will not drag it down. A champion does not repeat the final since Brazil in the nineties. The last three have not even passed the group stage.