The divorce (with love) of the Borgias

The second debate of the electoral war in Andalusia –on Canal Sur, with talk shows from the South, without the usual Madrid luminaries– made it clear that the prediction of the latest polls is credible (at least, for the contenders), although it is also uncertain due to the heat, the abstainers and the undecided. 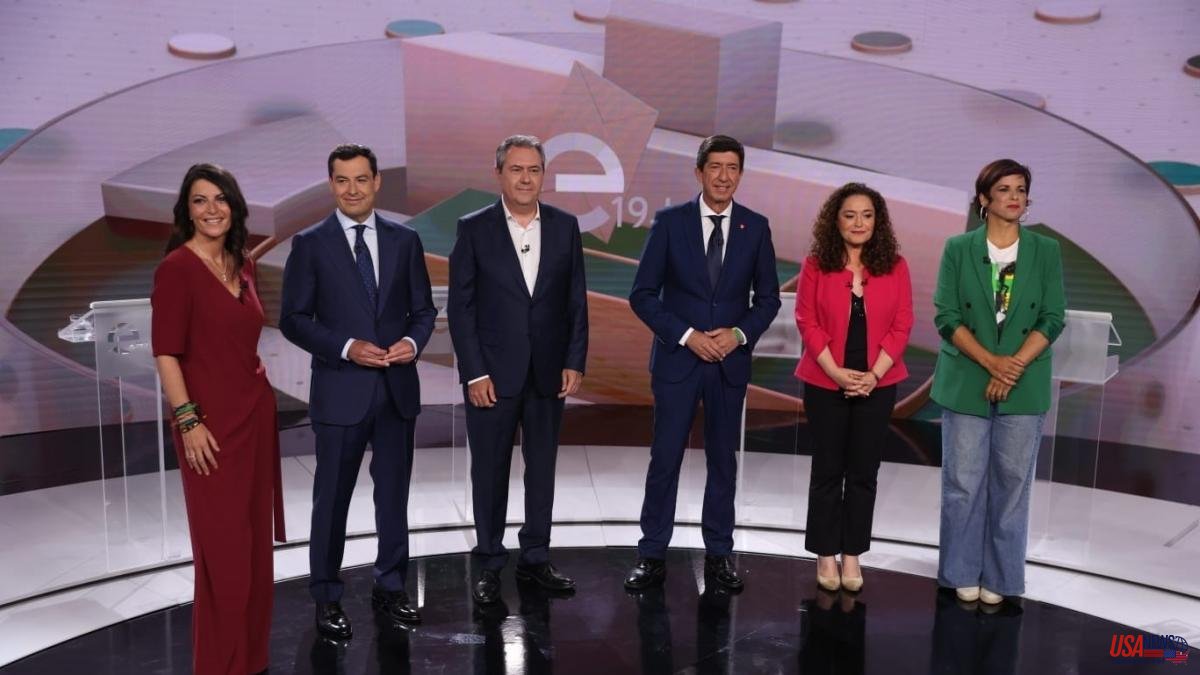 The second debate of the electoral war in Andalusia –on Canal Sur, with talk shows from the South, without the usual Madrid luminaries– made it clear that the prediction of the latest polls is credible (at least, for the contenders), although it is also uncertain due to the heat, the abstainers and the undecided. The proof: Mr. Concordia (Moreno) was the permanent center of gravity of the attacks of the left (disunited) and of Lady Patria (Olona), the commander of Vox, who began by attacking the president of the Board, later made a tactical approach to expose the dependence of the PP in relation to the ultramontane – "You are the president of the Board thanks to us" – and ended with the warning that there will be no San Telmo if they do not enter the government. Either the Quirinale or nothing.

Given that Olona and Moreno are like two distant relatives – the head of the PP list marks the distances a lot, but their parties have the same origin – the relationship between the two right-wingers could be equivalent to a divorce (with love) from the Borgia family. And on the contrary. This is it: a married couple with (obvious) coexistence problems before moving in together. Moreno avoided getting wet about the pacts after 19J – “I want to agree with the majority of Andalusians” – but he had to take out his shield – his knight-errant iron lacks edge – to protect himself from the crossed arrows that came from all directions .

Marín (Cs) was outstanding. He again played the role of Moreno's battering ram (who this time could not stay out of the constant skirmishes) and mocked – with undoubted talent – ​​the disqualifications of the Vox leader: “Well, yes, I make torrijas [sweet Andalusian made with bread, wine and honey] and they come out very good. Do you know how to make them, Mrs. Olona? The flaming sword of Lady Patria – made with Christian wafers and the moral supremacism of the Old Regime – wounded the void. The left resorted to humor to define the love-hate relationship between the ultramontana and the leader of the PP: "Shall we play music?"

The president of the Board preferred to dispel all doubts: he described Olona's idea of ​​"giving him the vice presidency" (in case of winning the elections) as "delirium". Juan Espadas (PSOE) continues without shining, beyond the common places and the forgetfulness (interested) about the 37 years of socialist governments. As in the previous electoral debate, he went toe-to-toe with Moreno and ended up justifying the ERES fraud with a paternalistic argument. Teresa Rodríguez (Adelante Andalucía), on the other hand, showed that she is a much better candidate (without a party) than the ambassador of Yolandism (broad), Inmaculada Nieto. Active listening is over. There are five days left for the Andalusian enigma to be revealed.