Yolanda Díaz and Alberto Garzón put pressure on the big distribution platforms to moderate their profit margins and offer a shopping basket at affordable prices and with fresh products. 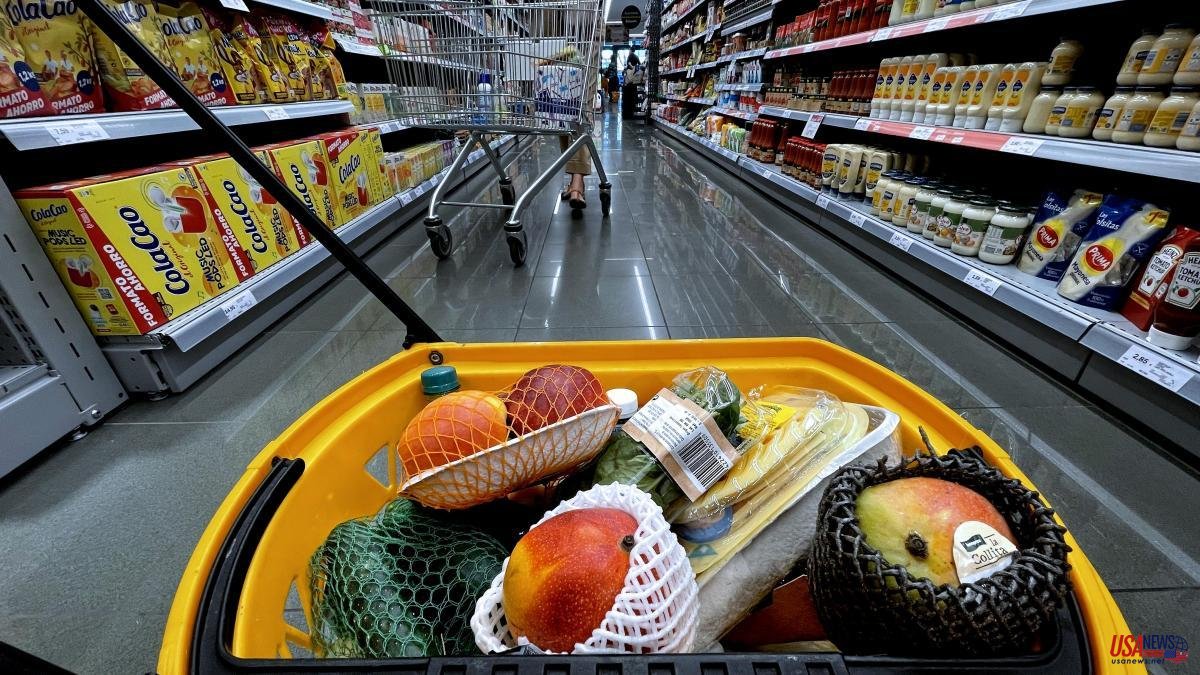 Yolanda Díaz and Alberto Garzón put pressure on the big distribution platforms to moderate their profit margins and offer a shopping basket at affordable prices and with fresh products. The second request is important since the Government suggests that the pioneering plan launched by Carrefour that includes 30 products at 30 euros does not satisfy it. Both parties have met this Monday and have agreed to do so again in a week, on the return of the second vice president of the G-20. But the distribution is suspicious of the proposal and demands fiscal measures from the Executive to help the most vulnerable in their day to day.

Díaz has urged distribution firms to include products such as meat, dairy products, eggs, fruits and vegetables in their affordable commercial proposal. A basket, has defended the also Minister of Labor and main promoter of the initiative that has the support of Pedro Sánchez, to "guarantee a healthy diet" and that should be offered until, at least, after Christmas. She has even claimed that there may be some discounted products for celiac people.

To avoid legal conflicts and with the National Competition Commission, the Second Vice Presidency clarifies that it is not an intervention of prices or an imposition. "It respects the principle of free competition," she adds. Yolanda Díaz assures that her proposal would be, therefore, "completely legal" and that it is in negotiation, waiting for the distributors to launch their commercial proposals with that exhortation to include fresh products.

The Government considers that this is a winning battle, since the distributors should compete in a chain to offer the best healthy proposals to their customers. The Minister of Consumption, Alberto Garzón, has indicated, for his part, that these big brands can make the economic "effort" because, without citing any, "they have had hundreds of millions of euros in profits." The Government has also asked its interlocutors not to generate "speculation" or to reduce the quantities of the products offered.

The distribution disagrees with the diagnosis and the solution made by Díaz and Garzón. His proposal is that the Government directly help the most vulnerable consumers by lowering VAT on certain products to 10%, 4% or, if necessary, eliminating the tax. Its model is the German one, which in 2020, at the worst of the pandemic, limited a rate on income that supermarkets define as “inflationary”. It was exposed after the meeting by Ignacio García Magarzo, general director of the Spanish Association of Distributors, Supermarkets and Supermarkets (Asedas), who added that the employers do not share the idea of ​​preparing a basic food basket. He also claimed to deflate the personal income tax, flag of the PP of Feijóo.

Distribution also denounces a "cost problem" at this time. In a report sent to the Government, the large firms refer to data from the National Institute of Statistics (INE) to highlight that prices in the food and beverage sector have increased by 6.7% between July 2021 and the same month this year. This is mainly due to energy costs and those of raw materials, which have grown, denounces Javier Millán-Astray, general director of the National Association of Large Distribution Companies (ANGED) in statements to La Vanguardia. In the last year, industrial prices have grown by 12.8%. “What we are doing is an effort to contain prices and offer products in advantageous conditions”, as Carrefour did and as dozens of chains offer daily, they highlight.

On the French model, the one reached by Sarkozy in 2011 thanks to an agreement with the main distribution firms and on which Díaz has been inspired, large distribution responds that what happened in the neighboring country then was a drop in sales in supermarkets and that a feeling of "concern among consumers" was generated because they thought that the quality of the products was being reduced.

Not only large distribution opposes Diaz's affordable shopping basket. The small business already showed last Friday and its "absolute rejection and discomfort" at the initiative of the second vice president. "If it goes ahead, this initiative would directly attack local commerce by exerting a pull effect on consumers to buy in large chains," denounced the Spanish Confederation of Commerce (CEC).