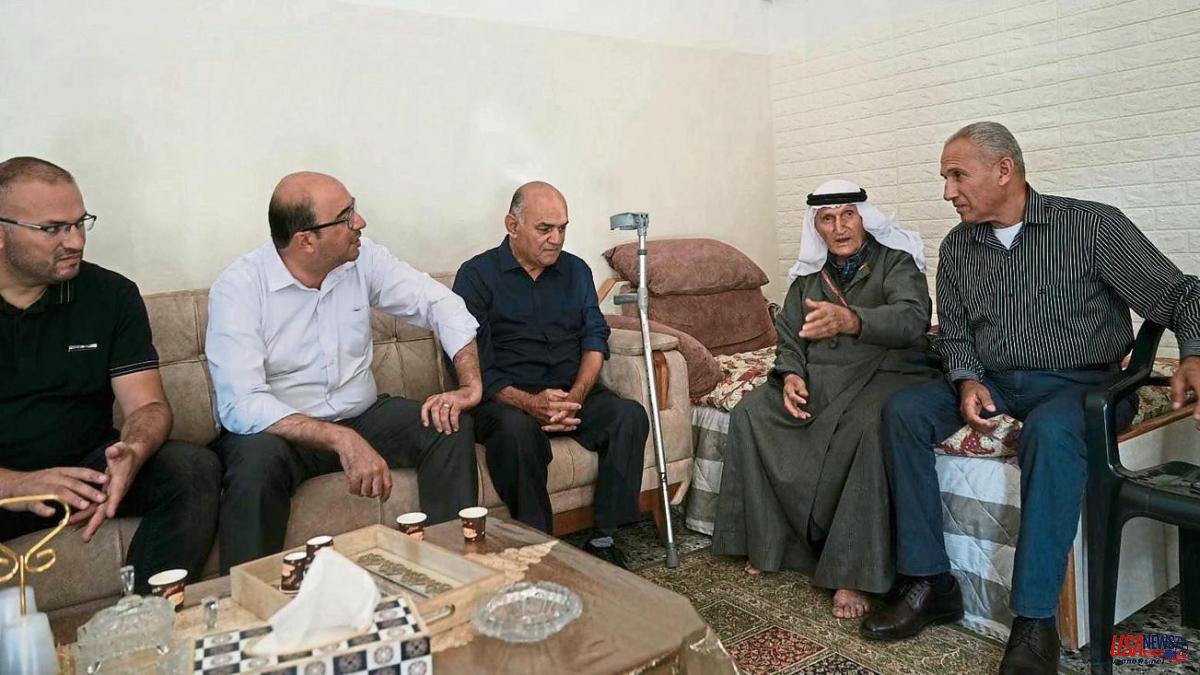 Crossing Salame Avenue in southern Tel Aviv, the electoral propaganda changes language. Between mosques, Ottoman-built houses and cafes filled with aromatized smoke from shishas, ​​the Arab parties seek to convince a disconnected electorate. “The voice of the people” or “Your voice will change the equation” are messages that do not seem to attract the attention of the locals of Jaffa, one of Israel's mixed cities. "Of course I'm not optimistic," the young Manar replied to La Vanguardia. Close to him, the fisherman Raed only cares about selling his merchandise: “I don't care about politicians, who live generating tension. For me, clients are all the same, whether they are Arabs or Jews.”

In the third elections of March 2020, the Arab Unified List achieved unprecedented success: it added 15 seats and consolidated itself as the third political force in the country. The former commander in chief of the Israeli army, Benny Gantz, could remove Benjamin Netanyahu from power if he accepted his support. But in the midst of the pandemic crisis and subjected to a campaign of harassment from the right, which accused him of trying to govern with “sympathizers of terrorism”, Gantz was inclined to form a unity government with Likud that failed a few months later.

Before the fourth elections in 2021, the Islamist Ra'am faction, led by Mansour Abbas, chose to split from the four-party Arab coalition. Representative of the southern branch of the Islamic Movement of Israel –rooted between Bedouins and conservatives from the Negev desert–, Abbas promoted a new paradigm: not to veto any block and try to influence from the government. His four seats were vital to boost the “executive of change”, and for the first time an Arab party was part of the government coalition –without ministers– in the Jewish state.

The divergent strategies continue to cause fissures. Balad, the most radical party, also left the Unified List, which was definitively buried. This Palestinian nationalist faction vetoes any option of being part of a Zionist executive and dreams of building a single state for all its citizens.

Balad accuses the other two parties, Khadash and Ta'al, of separating them to forge a possible rapprochement with the bloc led by the centrist Yair Lapid. The communist party Jadash, headed by Ayman Odeh, plays the fear card. Alert of a possible victory for Netanyahu along with the Jewish extreme right to encourage his electorate, disenchanted by the internal power struggles of their political representatives and their few "victories" in the Knesset.

Aida Touma-Suleiman of Odeh's party sparked controversy on Tuesday with her praise for the "resistance" of the "martyrs" in Nablus, following an Israeli military operation that killed five Palestinian militants. The deputy insists that they are only part of the "bloc that fights against occupation and apartheid", but her statements damaged the options of her party to be part of the center-left bloc. Much of Israel's Arab minority – 20% of the population – feels Palestinian, and has relatives in Gaza or the West Bank.

“When I go to vote, I must do so as an Israeli citizen in its full meaning, not as part of a minority embedded in an occupying state. I am interested in economic issues and achieving more equality," a Kfar Qassem resident snapped at the Ha'aretz newspaper. It is the great Arab dilemma: boycott an electoral system that they consider discriminates against their rights or participate in the political game to gain influence.

Despite the growing integration of Arabs in Israeli universities, hospitals, banks and companies, the differences with respect to their Jewish fellow citizens remain notable. The lack of investment in infrastructure in their towns persists; more than 50% of children live below the poverty line; 40% of adolescents are at risk of dropping out of secondary education; and mafia gangs roam freely terrorizing citizens. So far this year, 80 Arabs have been killed in shootings between criminals, many from stray bullets. It is a phenomenon that is on the rise, and they blame the Government and the police for absolute neglect.