The disabled who changed history

Appius Claudius the Blind, consul, dictator and builder of the first Roman aqueduct, was the architect of the first section of the famous road that bears his name. 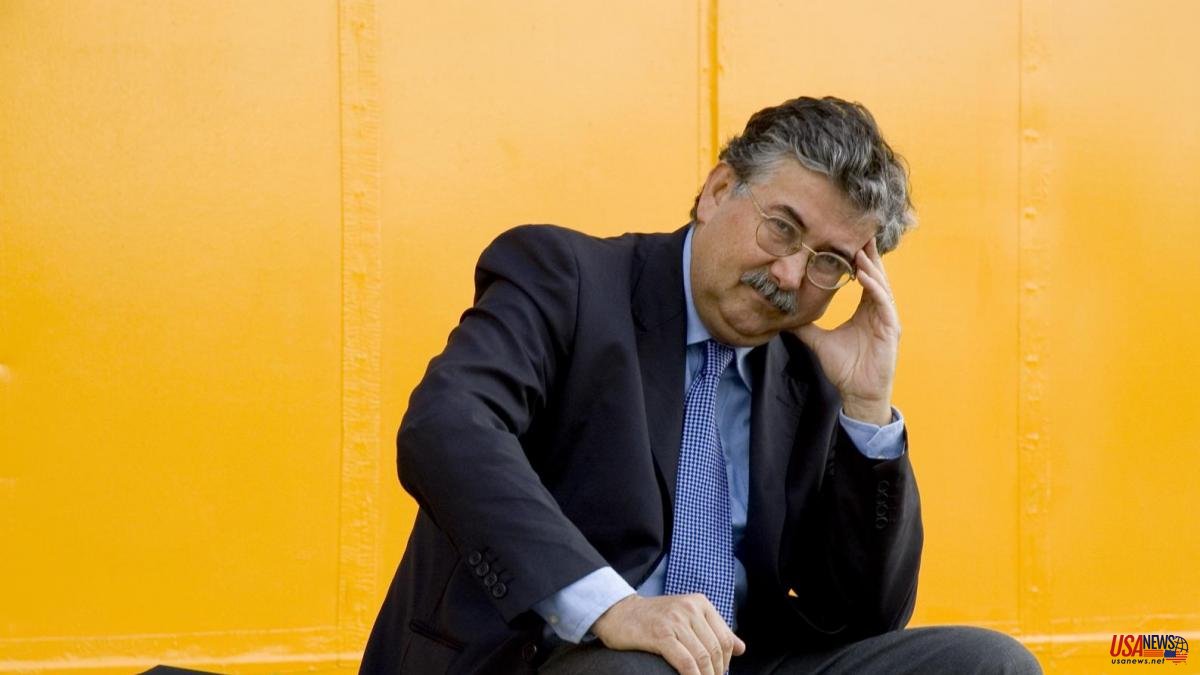 Appius Claudius the Blind, consul, dictator and builder of the first Roman aqueduct, was the architect of the first section of the famous road that bears his name. Hermann von Reichenau, affected by a neurological disease, wrote the Salve Regina, the most famous hymn to Mary. Or Thomas Greene Wiggins, a totally blind slave with a very rare form of autism, who became one of the best pianists of his time. His stories, and those of many other disabled people, are recovered by the Italian journalist and writer Gian Antonio Stella in Distintos. The long struggle of the disabled to change history, published by Libros de Vanguardia.

How did you become interested in these great different people?

I have written several books that have done very well. One, La casta, I think is the essay that has sold the most copies in Italy. Others about the Italian beauties that have been spoiled, about politics, about the vulgarity of the new rich… But little by little I felt the need to write books that would help on important topics. This is the case, about disability. We didn't really know what title to give it because disability has so many faces. For example, I would have added a chapter on stuttering, which is a real disability. Moses had a stutter!

Yes! When she told God that he didn't know if he could have this responsibility because he spoke badly, God told her don't worry, say what you have to say to Aaron and Aaron will tell all men. Then there were emperors, like Claudius. Or the most famous European silent film actor of the early 20th century, he committed suicide because he stammered when sound films arrived. An extraordinary character. His name was Bruno Kastner. And very interesting Spanish characters, like Count Oliba Cabreta, who had to hit the ground three times with his foot before speaking, like a goat. Alessandro Manzoni had a stutter. Or George VI, the father of Queen Elizabeth.

For a long time disability was seen as a punishment from the gods.

It was a curse. In Mesopotamia being disabled had a name that translated would be "that's how God wanted me". At the beginning of the epic of the great Rome it was legitimate to kill disabled children. Even Seneca theorized the possibility of doing so. The first person who had the courage to show herself with all her disabilities was Frida Kahlo, who paints herself and talks about herself as disabled. A formidable thing that explains everything is Gramsci. Champion of the weak, the fragile, even he accepted his mother's version that he had not been born handicapped – he suffered from Pott's illness – but that it was all the fault of a servant who had fallen from his arms down the stairs .

He tells us about the theories that Cesare Lombroso wrote, convinced that crime and mental illness are hereditary.

He was a half genius with moments of true madness. He even theorized that pellagra could be cured with cyanide. They are incomprehensible theories. An interesting thing that I discovered doing the book is that there have been a lot of disabled geniuses. For example, Giacomo Leopardi, one of the greatest poets of his century, was very disabled. Also Michel Petrucciani, one of the greatest jazz players of his century, who had brittle bone disease and dwarfism. It is exciting to see the audience of John Paul II, who in the end was very disabled, receiving the young Michel. Two disabled people, one younger and one older, who speak through music.

What happened to Emperor Claudius?

Claudio was a mess. He is described by Suetonius in a terrible way. It is not known what he had, perhaps he suffered from childhood encephalitis. Scientists never agreed. They laughed at him when he was a child, because of his stutter, because children are fierce. Until after he died, because Seneca wrote that although he was emperor the gods had not accepted him on Olympus because he was monstrous.

Another genius was Hermann von Reichenau.

He was the disabled son of a very important German nobleman. As he was considered to be because of a sin, what he did was entrust his son to an abbey. He surely had amyotrophic lateral sclerosis (ALS), but his brain was working very well. He could not sit, only stretched out, and with the help of an assistant he wrote the history of man from Jesus Christ. But above all, the most famous hymn to the Virgin, which was set to music by great artists, especially in the baroque period, the Salve Regina. One of the most famous sacred songs in existence was written by a man who could not take a step.

To what other disabled people do we owe great things?

Another fundamental figure because he changed the perception of disability was Romito 8. A primitive man who lived in a mountainous area of ​​Calabria. There the scholars did interesting research and found this 13,000 year old skeleton; he was a hunter who had suffered a bad fall and was left semi-paralyzed. We would think that in prehistory such a man would have been discarded, but in reality Romito 8 had exceptional teeth that he used to find another job. He chewed tender wood or bark to make braids, necklaces, baskets... Technically he was the first diversely skillful in history. Another one who deserves to be remembered is Blind Tom, who was black, a slave, autistic, he had the worst stereotypes. He even so he was a musical genius. He had only learned to play the piano from the masters when they were not there. He once went to see Marc Twain, and he came back three nights in a row. He was the highest paid musician in 19th century America, a person who couldn't button his shirt. All these stories I have written for this, to show that it is deeply wrong to associate disability with stupidity. Seneca was wrong: there may be geniuses incapable of tying their shirts.

And despite this, there are still great jokes today. Trump, when he was president, ridiculed a journalist with arthrogryposis...

The very cretin took it with Serge Kovaleski, a journalist who had attacked him, imitating his spastic-type disease and encouraged the rest to laugh. He was unacceptable.

Are you optimistic about the change in mentality regarding the disabled?

If you go to a car park with spaces for the disabled, you often see that they are occupied by someone who has nothing to do with the disability. The awareness that stealing a place from a disabled person in a parking lot is something serious is still lacking.