The dilemma of the PP with the tragedy of Melilla: continue attacking Marlaska or protect the Civil Guard

The Popular Party is running out of time to make public the dilemma in which it has been involved since the tragedy of the Melilla fence once again slipped into public opinion a few weeks ago. 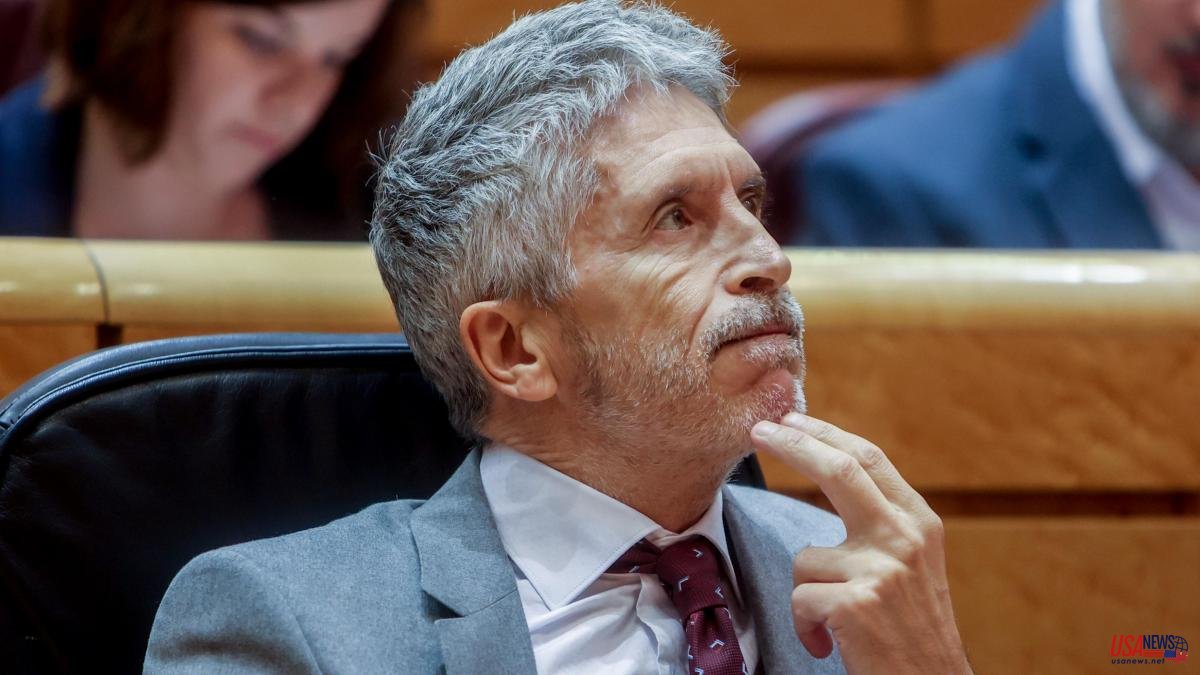 The Popular Party is running out of time to make public the dilemma in which it has been involved since the tragedy of the Melilla fence once again slipped into public opinion a few weeks ago. The popular ones have not yet revealed if they will support the investigation commission in the Congress of Deputies that tries to clarify what happened, but their vote is decisive. On the one hand, they have it in their power to prolong the controversy with this parliamentary investigation to try to wear down the Minister of the Interior, Fernando Grande-Marlaska. However, on the other hand, they risk that by facilitating a commission that could become a hunt against the Civil Guard, the organizations of the Armed Institute stop pampering the conservatives.

The Board of Spokespersons of the Congress of Deputies meets tomorrow for the second time this week and it will decide whether the commission on the tragedy that occurred between Nador and Melilla, which resulted in the death of 23 immigrants, goes ahead. The signatories are the usual partners of the Government in the Lower House: from EH Bildu to ERC, through Más País or Junts. He also signed the petition for the creation of the United We Can commission. At the time it was registered, the PNV had been lukewarm in its request for explanations. This week the Basque nationalists have hardened their speech asking for the recordings of what happened "immediately".

The PSOE announced that it will vote no to this investigative commission. The Socialists do not see it as necessary, hiding behind the two investigations that are currently open on the facts: that of the Prosecutor's Office and that of the Ombudsman. The socialist group in Congress was one of the great promoters of the Commission on the Kitchen Case, while the piece was still being investigated in the National Court. The first time it was tried to open the investigation in parliamentary headquarters on the fence, the PSOE also voted against. He did it together with the Popular Party and Vox. The ultra-right maintains, from the beginning, its refusal to let it start. With the political board -in this matter- in such a way, the vote issued by the Popular Party will balance the scales.

Those of Alberto Núñez Feijóo move with ease when the head of the Interior is on the political target. They have experience since June 2018, as he is one of the few ministers who has remained in Moncloa since Pedro Sánchez arrived after the motion of no confidence. They have given it amortized a thousand times, but when it seemed -thanks to speculation in the media- that he could leave the ministerial portfolio, the leader of the Executive has always come out to publicly show his "absolute confidence" in him.

But the Popular Party does not persist. Parliamentary sources admit to this newspaper that an investigative commission – “which is of little use” – would help “to keep the controversy alive” by making those appearing week by week pass through Congress. The first: the Minister of the Interior. And, if the groups considered it, they could make it come back. The former magistrates of the National Court has already warned that he will go to parliament as many times as required to render accounts. This possible wear and tear to which the minister could be subjected is one of the points that could make the Popular Party press the green light button for the commission.

Red: the consequences that questioning the management carried out by the Civil Guard on the day of the tragedy could have. In fact, in the object of the commission request the groups already include that one of the objectives is to investigate "the passivity" with which the Spanish agents acted to allow hot returns. Also "the proportion and justification" of the force used by the State Security Forces and Corps. The unions of the National Police and the majority Civil Guard associations reject the investigation commission out of hand. With a yes to it, the Popular Party would be portrayed in the photo together with the nationalist and pro-independence parties.

And even more so at a time when Marlaska continues -as from the beginning- defending the Armed Institute without any kind of fissures. "This minister assumes the actions of the Civil Guard as his own," he reiterated on Tuesday during the control session of the Government in the Senate. "I was the one who gave the order to defend the border against any violent attack," he insisted.

What could be a third way? The same parliamentary sources point out that the Popular Party would finally lean towards no. However, they could have an ace up their sleeve. It would be difficult to explain their refusal after having been so belligerent in this matter against the Government. It would be in their hands to present a new proposal for a commission of inquiry promoted by them and leave it up to the rest of the groups, who now sign this, whether they adhere or not.