The different wars behind the blockade of the Judiciary

The General Council of the Judiciary, the governing body of the judges, has spent almost four years with its mandate expired due to the blockade exerted by the PP on its renewal. 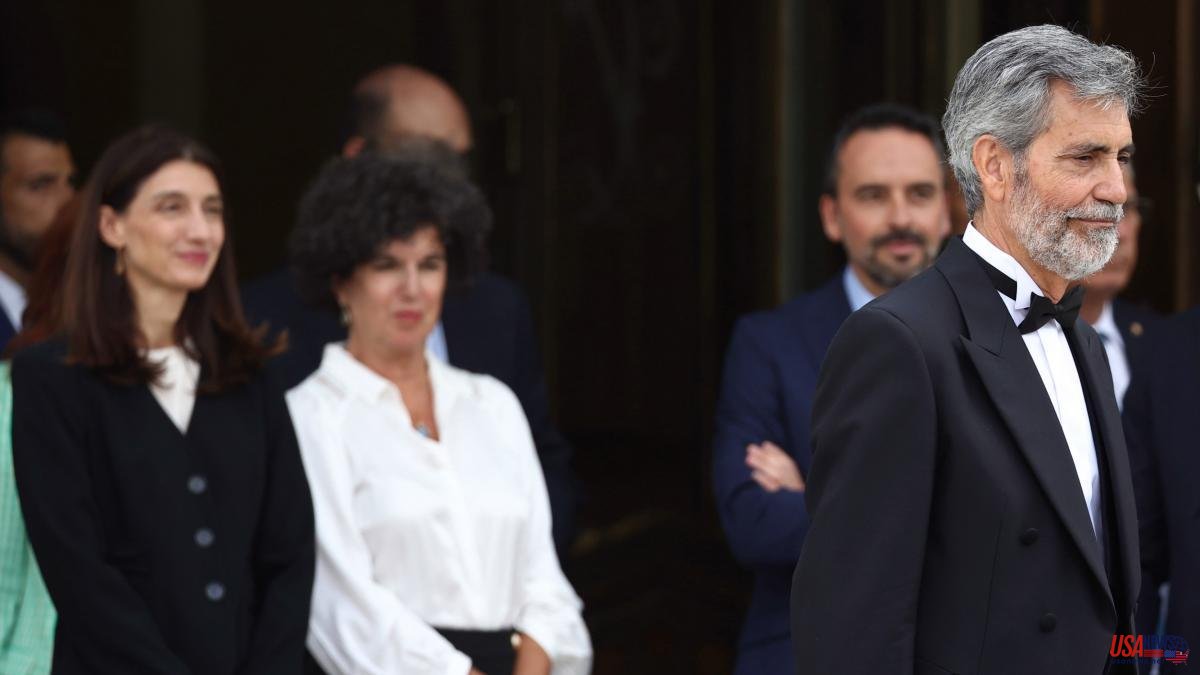 The General Council of the Judiciary, the governing body of the judges, has spent almost four years with its mandate expired due to the blockade exerted by the PP on its renewal. This blockade, together with the legislative maneuvers promoted by the coalition government (PSOE and United We Can) to force the renewal, has led the Spanish justice system to a very critical situation and has opened several wars with different fronts and protagonists, which have exposed this week.

In the first place, and most obviously, we find the war between the main opposition party and the Executive of Pedro Sánchez. Since he arrived at La Moncloa, Sánchez has tried to reach an agreement with the PP to undertake the renewal but, whether with Pablo Casado or Alberto Núñez Feijóo, the efforts have been in vain.

The current CGPJ was formed in December 2013, when Mariano Rajoy's PP held a comfortable absolute majority, which translated into eleven members proposed by the popular party, seven from the PSOE, one from the IU and another from the PNV.

The first attempt to renew the Council, in November 2018, went awry when Judge Manuel Marchena resigned from the presidency of the CGPJ when WhatsApp messages from the then PP spokesman in the Senate, Ignacio Cosidó, were revealed, revealing the maneuvers of the party to control the organ. In the summer of 2020, the PP withdrew from the negotiation again because the then third vice president, Pablo Iglesias, had defended the opening of a debate on the abolition of the monarchy. The third opportunity, in March 2021, was blown up by the popular veto of the appointment of Judge Victoria Rosell and Judge José Ricardo de Prada. Another excuse used by Casado to block the renewal was the granting of pardons to the prisoners of the procés in the spring of 2021.

Shortly after, and encouraged by prominent members of the European Commission, the PP began to demand a prior reform of the appointment system so that judges would choose judges, a demand that ultimately led to the Government committing itself to undertaking it retrospectively to put an end to the current rule. Now Feijóo accepts not to reform the election model of the Council, but demands measures such as that the members of the CGPJ and the attorney general have not held a political position in the last five years or that all the high positions of the judicial career be elected by three fifths.

For its part, the Government, which has always considered the PP leadership's motives as excuses for not renewing the Council and thus maintaining conservative majorities that do not correspond to electoral reality, has forced legislation to try to force the PP to renew the CGPJ. At first, encouraged by United We Can, it was proposed to change the majorities from three-fifths to an absolute majority of Congress and the Senate for the election of the members to sideline the PP, although finally the PSOE stopped the initiative as a gesture of goodwill to negotiate renewal. However, in 2021, the reform of the CGPJ law that prevented the body from making appointments with an expired mandate did prosper, which was understood as blackmail by the PP.

Finally, this summer the Executive undertook a new reform to return to the Council the powers to appoint only the magistrates of the Constitutional Court. The objective of this change was to allow the Council to appoint the two magistrates that belonged to it in the TC so that the Government could also make its two appointments that pertain to it, since the Constitution requires these changes to be made in shifts of four every three years -four by the Congress, four by the Senate and four more at the rate of two by the CGPJ and two by the Government-. The result of making these appointments would be the entry of three progressive members and one conservative and the departure of one progressive and three conservatives, which would cause a total overturn in the composition of a court that must resolve, among other issues, the appeals promoted by the PP against the abortion law of 2010, the Celáa law or the same reforms of the CGPJ.

The relationship between the coalition Executive and the Judiciary is full of frictions, which the President of the Council, Carlos Lesmes, has been responsible for ostensibly making visible, whenever he has been able, since the absence of the King in the delivery of the judicial offices in Barcelona in 2020 to the granting of pardons to the prisoners of the procés, with the opinion against the Supreme Court that also presides. This same Wednesday, Lesmes has reproached the Government for the serious consequences that not only the blockade of the Council is having, but also the legislative reforms promoted by the Government, which is causing "devastating" effects and which has caused "such a mess" never before produced .

But in addition, Lesmes himself publicly reproached the TC on Monday for not having already resolved the appeals promoted by PP and Vox against the reform of the CGPJ that prevented appointments with an expired mandate, an issue - he said - that "affects the core of the State". And it is that from the Council they believe that the court of guarantees is profiled in the face of a situation that the president himself considers "unsustainable" and they understand that if the TC knocked down the reform, the CGPJ could make appointments again. The Supreme Court, the body most affected, already has 14 unfilled vacancies and is about to be unable to form chambers due to a lack of magistrates.

Another source of tension is found within the CGPJ between the progressive bloc and the conservative bloc and even within the conservative bloc itself, particularly a few hours before a key plenary session whose only item on the agenda is to designate -by virtue of the last reform of the organ- the two magistrates that touch him of the TC -so that the Government can appoint its other two-. To undertake these appointments, a qualified majority is needed, that is, 12 of the 19 votes of the Council, which forces progressives and conservatives to agree on the two names. This means that eight of these vowels have the ability to block them. Precisely a group of seven conservative members refuses to facilitate these appointments, understanding that one power of the State, the executive, cannot submit to another, the judicial, to try to control the TC. If this group convinced another member, it would have the capacity to block appointments that should be made before the next day 12 according to the deadline set by the legislative reform.

On the other hand, there is a small group of conservative members, led by Lesmes, who understand that the Council must comply with the law even if it does not like it and an effort must be made to reach two names of consensus. In this sense, the words of the president of the TS on Monday were clear when he said that he was opposed to the Council being installed in rebellion. Lesmes is trying in the last hours to stop the plan of the seven most conservative members to boycott the appointments, despite showing his disagreement with the law.

For now, Lesmes has threatened to resign if Sánchez and Feijóo do not end the blockade, either because they agree to renew it or because the Council is given the ability to appoint beyond the TC. What he has ruled out is a block resignation of all the members of the body, something that he has compared to a sitting government resigning because an investiture takes too long.

From what emerges from the first words of the Minister of Justice, Pilar Llop, and Feijóo himself is that everything remains the same.