The "Agreement for the protection and promotion of the Catalan language" signed today at the meeting of the dialogue table between the Government and the Generalitat represents an advance in the promotion of Catalan from various fields and a paradigm shift in the strategy of the Executive. 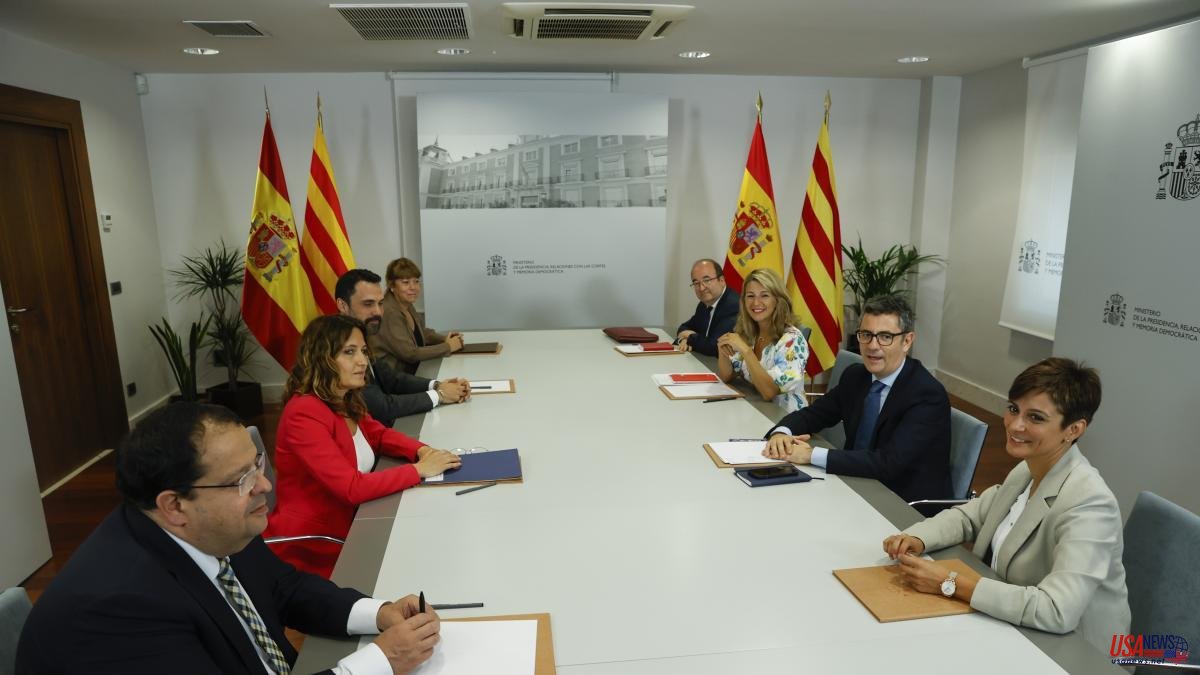 The "Agreement for the protection and promotion of the Catalan language" signed today at the meeting of the dialogue table between the Government and the Generalitat represents an advance in the promotion of Catalan from various fields and a paradigm shift in the strategy of the Executive. On these various fronts of promotion, the agreement commits the Executive to request this year the presidency of the European Parliament to consider "Catalan as the language of use in plenary session and for the purposes of the right of petition before this institution". The proposal to be presented will be accompanied by a plan to make it technically and financially viable.

The document signed between both executives not only looks at the internal promotion of the Catalan language, but also includes the long claim for the use of Catalan in international institutions, which has met with multiple refusals, including that of Brussels. The last request made this year by the Government within the framework of the Conference on the Future of Europe on the official status of Catalan was not approved. The dialogue table thus proposes new ways to achieve within the framework of the powers of the State.

Based on the definition of languages ​​as World Heritage, the obligation therefore to guarantee the rights of speakers and in a context of digitization, the agreement underlines the duty of the administrations so that Catalan "is never a minority language ”. The agreement of both government delegations projects the use of Catalan in state institutions and wants to overcome the controversy as a result of the ruling of the TSJC on immersion in education and 25% of the use of Spanish.

The agreement of the table underlines that "Catalan must continue to be the language normally used as a vehicular and learning language in the educational system", it indicates that the teaching and educational use of Spanish must be guaranteed and defends the autonomy of the centers to develop your projects.

Therefore, a support for the law approved this year in Parliament, which, as the Minister of the Presidency, Félix Bolaños, wanted to indicate, has broad and transversal support from the Catalan Chamber.

The Minister Laura Vilagrà has stressed that the "prosecution of Catalan" should be left behind, proposed, in her opinion, to break a social consensus. The table's document also speaks of the contribution of Catalan to “social progress”.

Regarding the use of Catalan in what refers to the State institutions, the agreement of the table indicates that during this legislature the regulatory reforms will be promoted in the Cortes "to extend the right of the representatives of the Spaniards to carry out their work in all the languages ​​of the State. The Senate regulation will begin to be reviewed and then it will be taken to Congress. The use of Catalan in the Senate is now limited to interventions in motions. In the Upper House there have been controversies in recent months when a deputy has tried to address the plenary session in Catalan.

The Government also undertakes to carry out the necessary reforms to guarantee the right to be answered orally and in writing in Catalan in the peripheral administration of the State. Returning to the international arena, the presence of Government representatives in international photos dealing with linguistic rights will be facilitated.