The dialogue table meets tomorrow at 10 a.m. in Moncloa

The dialogue table between the Government and the Generalitat will take place tomorrow at 10 am at the Palacio de la Moncloa. 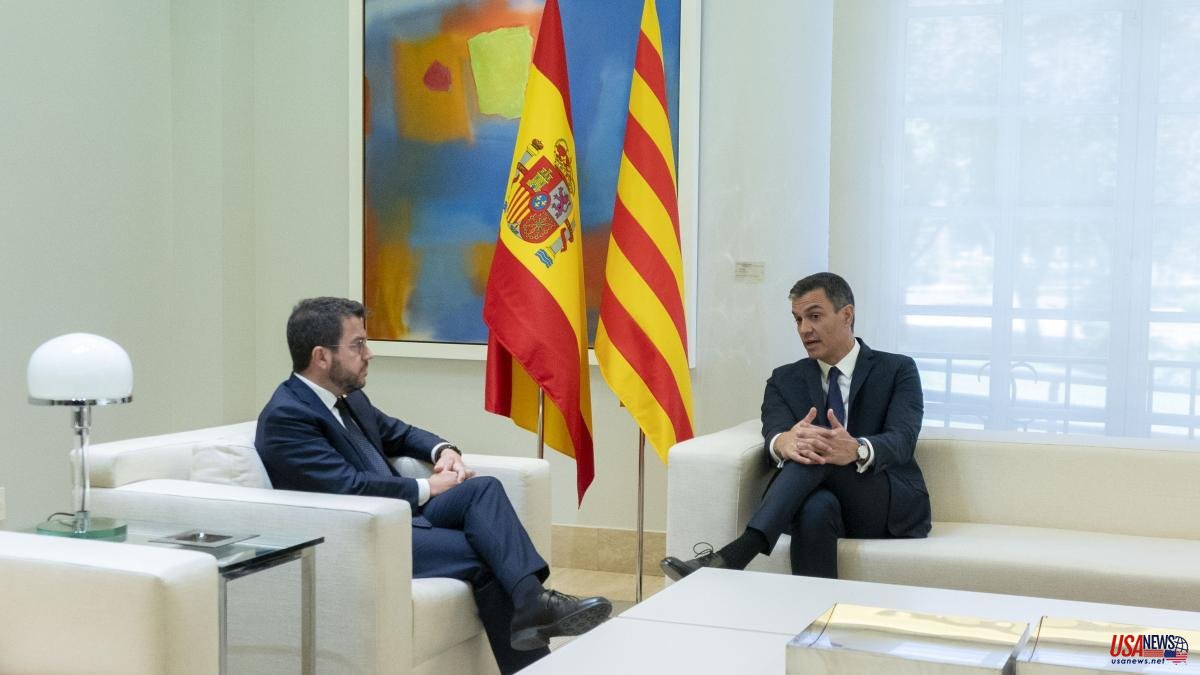 The dialogue table between the Government and the Generalitat will take place tomorrow at 10 am at the Palacio de la Moncloa. The date and time of the meeting have been made public by both executives, which means that the portfolio of issues to be discussed is mature enough to reach agreements.

The central point of the meeting focuses on the dejudicialization of the procès. The Government has insisted on the need to propose legislative changes such as the reform of the gag law, the procedures of the Court of Auditors and the Penal Code. The reform of the crime of sedition is under debate, although the Government has recalled the difficulty of achieving a sufficient majority in Congress to carry it out. Likewise, the meeting could address measures to protect the Catalan language.

The President of the Generalitat, Pere Aragonès, revealed on Tuesday the composition of the Catalan delegation that will participate in the meeting of the dialogue table, a delegation made up of four ministers from ERC and none from JxCat, who considers this table "exhausted" .

The Councilor of the Presidency, Laura Vilagrà, and the Councilor of Business and Work, Roger Torrent, who already participated in the meeting last September and who are born members, will attend the meeting. And two more numbers will be added: the head of the Interior, Joan Ignasi Elena, by "direct delegation" from Aragonès, and the Minister of Culture, Natàlia Garriga, also invited by the Catalan president. The attendance of both councilors is linked to the table's agenda and, therefore, to the agreements that can be reached in different matters.

For its part, the central government, in the press conference after the Council of Ministers, has announced that the representatives at the table will be the Minister of the Presidency, Félix Bolaños, the second vice president, Yolanda Díaz; the Minister of Culture, Miquel Iceta and the Minister of Territorial Administration, Isabel Rodríguez.

It has not been possible to add any JxCat minister, who considers the dialogue table buried and is committed to opening a new stage that allows, through "democratic confrontation" with the State, to force a "real negotiation".

Both governments have worked so that concrete agreements emerge from the dialogue table that represent a change of scenery in relations between the Government and ERC, in the role of the Republicans in the Government and the ways to face the Catalan conflict.

The meeting comes after months of deadlock in relations due to the Pegasus case. It will be the second meeting of the table since Aragonès is president, and the last one took place in September 2021.