Japan is in shock. 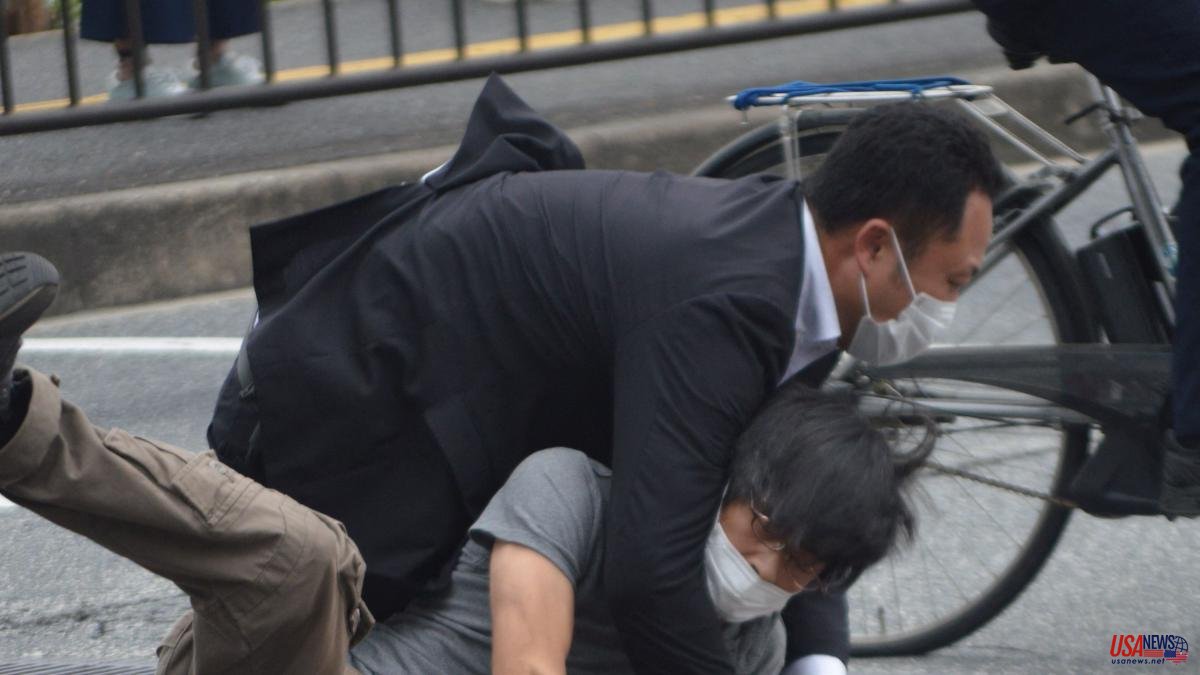 Japan is in shock. One of the countries with the fewest victims of firearms in the world (an average of ten a year) saw this Friday how a man armed with a shotgun shot former Prime Minister Shinzo Abe, who ruled for three terms until retiring, in the back. in 2020 for health reasons. The high-profile politician died hours later in hospital. Little is known about the shooter, who was instantly arrested by security agents. At the moment, the police have identified him as Yamagami Tetsuya, a 41-year-old unemployed man and former member of the Maritime Self-Defense Forces (Japanese Army).

Tetsuya, from the city of Nara, in western Japan, was arrested for attempted murder while holding a weapon with which he would have shot the former Japanese president twice and which, according to the images, seemed homemade. They were two tubes joined with a black adhesive tape. The shooter told police that he was dissatisfied with Abe and therefore wanted to kill him.

According to sources from the Japanese Ministry of Defense, the alleged aggressor worked in the naval branch of the Self-Defense Forces, in charge of defending the archipelago, for three years until 2005.

The former Japanese president was seriously injured after being shot twice in the back in the torso while giving a campaign speech for the by-elections on the street near a train station in the city of Nara. He died after being treated for several hours in the hospital. Election rallies are usually held in Japan in the middle of the street and with few security measures, precisely due to the low crime rate.

And it is that the Asian country has one of the strictest laws on access to firearms in the world. In order for Japanese citizens to purchase a gun, they must first attend an all-day class, pass a written exam, and complete a shooting range test, with a minimum accuracy of 95%. Candidates also undergo a mental health evaluation, conducted at a hospital, and the government does a thorough background check. Only shotguns and rifles can be purchased, and evaluations must be repeated every three years.

If gunshot deaths are hard to see, an attack on such a high-profile public figure as a former prime minister was virtually inconceivable in Japan. Airo Hino, a political science professor at Waseda University, told the AP agency that a shooting like today's was unprecedented in Japan. "Nothing like this ever happened."

In any case, Japanese history does have some assassinations of political leaders. In 2007, the mayor of Nagasaki was shot dead by a yakuza gangster; and the head of Japan's Socialist Party was assassinated during a speech in 1960 by a young right-winger with a short samurai sword.