The board of FC Barcelona breathe easy. 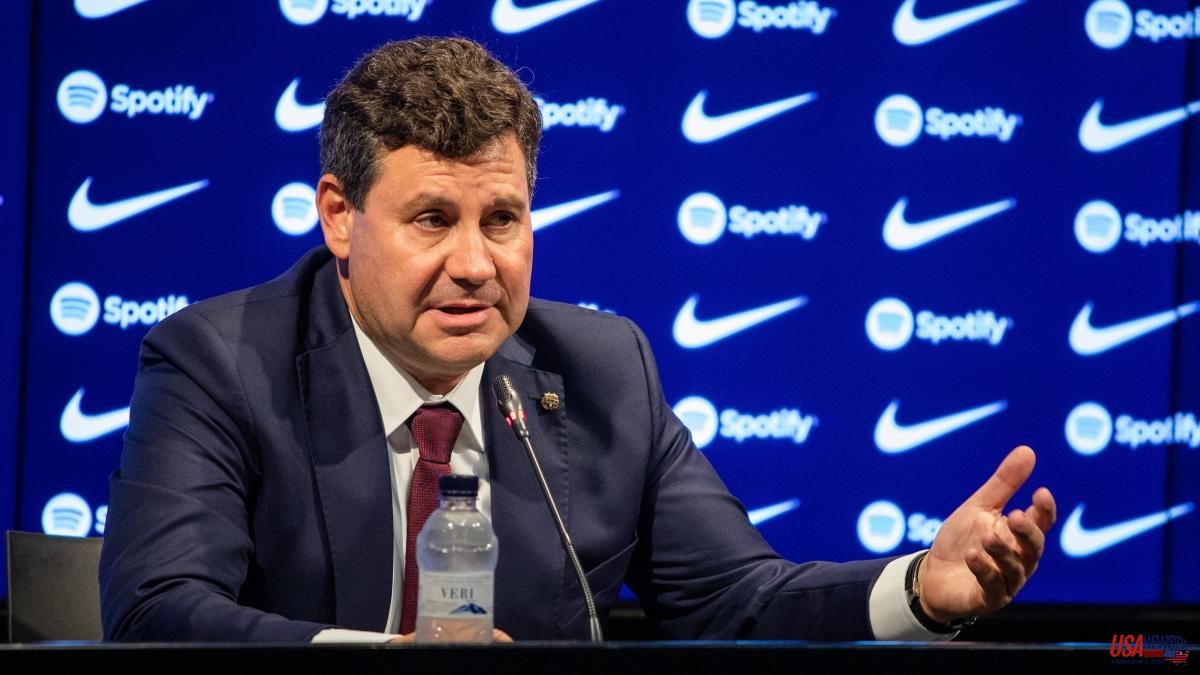 The board of FC Barcelona breathe easy. The economic levers, a colloquial word that President Joan Laporta used to baptize the sale of assets, sustain, for now, the Barça economy. The sale of 25 percent of LaLiga's television rights to the US private capital group Sixth Street for 607.5 million (with the option to repurchase it at 25 years) and 49% of Barça Studios (club content producer) for 200 they add up to a total of 807.5 million for Barça, which allows the club to close the past, current and next seasons with benefits. "Without the levers, last year we would have lost 106 million and in the current year, 210 million," explained yesterday the economic vice president Eduard Romeu.

To avoid greater evils, the entity must continue to undergo intensive treatments and cures. Above all to lighten an excessive wage bill that amounted to 518 million in the last winter market with the arrival of Ferran Torres, Aubameyang, Alves and Adama Traoré. “We had to make an effort. We were ninth in the League. And it was clear that the reinforcements were necessary because we finished second”, justified Romeu. Despite the nine casualties that Barça registered this summer, the arrival of Lewandowski, Raphinha, Marcos Alonso, Koundé, Kessié, Christensen and Bellerín has caused a new increase in the current mass, placing it at 656 million, as reflected in the budget of the present season.

Not even the departure of Leo Messi, who had a salary of around 100 million, has helped reduce the imbalance in salaries. So if the entity wants to face a possible return of the Argentine, it must be with minimum conditions for a player to whom Barça owes about 60 million in deferred salary and which they count as debt. “If the sports management contemplates his return, we will get to work. Leo is an asset to Barça. And we know how to perform miracles”, stressed the manager.

One of those miracles also happens to consider resorting to the sale of another asset. At the extraordinary assembly of committing members last June, the member gave his consent for the club to sell up to 49.9% of the Barça Licensing company

The entity also plays its economic future in the field. Last season, the participation of the first team in the Europa League after being eliminated from the Champions League resulted in an economic imbalance of 12 million euros net. This course the club budgeted to reach the quarterfinals of the Champions League and win the League. "We are leaders and we will win the next three Champions League games," predicted the financial manager.

Next year the club will have to face another new challenge. Play in Montjuïc, with capacity for 56,000 spectators. The Camp Nou has capacity for 99,354 people. “We will not be able to take all the partners to Montjuïc. I cannot quantify the possible losses. It annoys me that they did not take advantage of the pandemic to hold the Espai Barça”, said Romeu, who this Sunday will lead, together with Laporta, the assembly of members that will submit the 2021-2022 financial year and this season's budget for approval.