The democratic memory law will go ahead by adding the support of EH Bildu after agreeing on five amendments with the PSOE Government and United We Can, such as the extension of the time limit from 1978 to 1983 to be able to review more cases or the nullity of all sentences of Franco's courts. 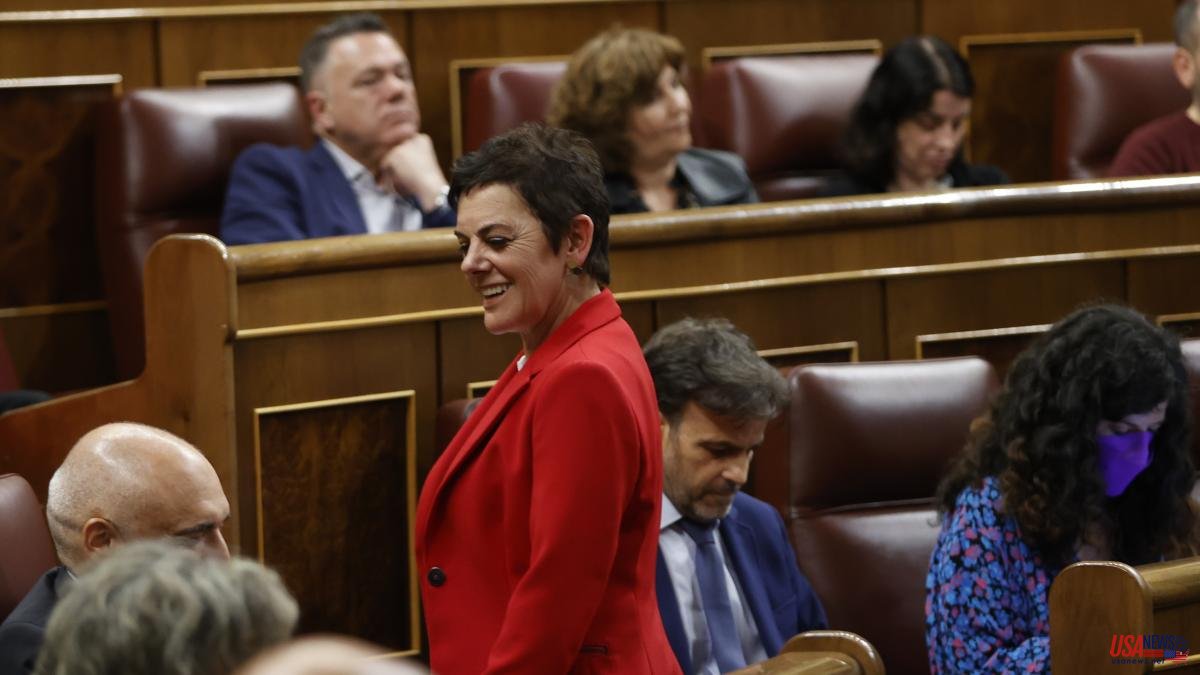 The democratic memory law will go ahead by adding the support of EH Bildu after agreeing on five amendments with the PSOE Government and United We Can, such as the extension of the time limit from 1978 to 1983 to be able to review more cases or the nullity of all sentences of Franco's courts.

The spokeswoman for EH Bildu in the Congress of Deputies, Mertxe Aizpurúa, announced at a press conference that they have reached five agreements with the Government to make the standard "more complete, more ambitious and more respectful of Human Rights. Among others matters, the law will increase its time limit from 1978 to 1983, since, as it has pointed out, "the consequences of Franco's regime were maintained" over time and "this should have been reflected". "It is a relevant advance that will allow opening avenues of recognition and reparation to victims of human rights violations beyond 1978 that had been forgotten until now", recalled Aizpurúa.

Another of the agreements reached by the nationalists, as explained by their spokesman, is to declare "explicitly" in the law the "illegality and illegitimacy" of the Francoist courts constituted after the "Coup d'etat of 1936" and the "nullity of all its resolutions and sentences".

Aizpurúa has also indicated that an independent commission will be set up with the aim of contributing to the clarification of human rights violations during the Franco dictatorship that will collect testimonies, information and documents. It will be made up of "people with recognized prestige" in the field of human rights, who will prepare a report to systematize all the existing information and draw up conclusions and recommendations to "guarantee official recognition and reparation for the victims."

The abertzale spokeswoman has also pointed out that among the agreements there are two "highly symbolic" transfers for Basque and Navarrese society, such as the Fort of San Cristóbal de Pamplona to the Community of Navarra to make it a place of memory and also the palace from the San Sebastian Summit to the City Council.

The first, owned by the Ministry of Defense, would pass to the Navarrese government within a year. It was used as a prison during the Civil War and was the scene in 1939 of a great escape of republican prisoners, of which 207 were killed in the surroundings. The second was the seat of the Ministry of Foreign Affairs during the dictatorship and seat of the civil governor of Guipuzcoa. In this building, Aizpurúa recalled, Lasa and Zabala were tortured by the GAL before being buried in quicklime.

With the support of EH Bildu, the rule has a sufficient simple majority, since other parliamentary partners of the Government such as PNV, Más País or Compromís are also in favor, while ERC has not yet closed an agreement, although its position will not change the result.