The president of the Generalitat, Ximo Puig, met his hard core on January 2 to ask them to forget about the elections and focus on exhausting and taking advantage of the remaining five months of the legislature. 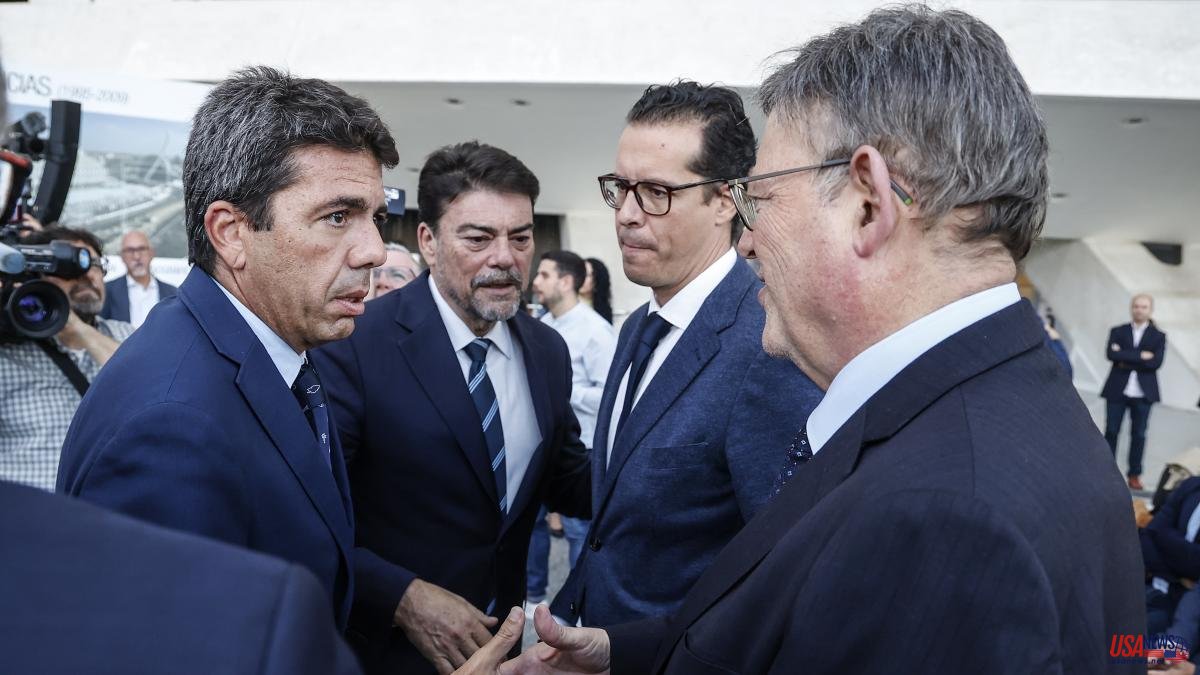 The president of the Generalitat, Ximo Puig, met his hard core on January 2 to ask them to forget about the elections and focus on exhausting and taking advantage of the remaining five months of the legislature. However, the parties do not stop looking askance at the appointment with the polls and review the demographic studies and tracking that are coming to them. It is the PP and the PSPV that have more money and therefore more numbers to make forecasts.

Although both position themselves as the first political force in the Valencian Community (which cannot happen), the truth is that in both headquarters they have detected a drop in the pull of Vox.

In the ranks of the PP they admit that the formation of Santiago Abascal "is in decline in the Valencian Community", which would explain the movement to seek an external signing, the media professor of Constitutional Law Carlos Flores whom Madrid anointed as a candidate for the Generalitat Valenciana, discarding any of the electoral assets that the ultra-right has in Valencian territory.

A signing that, by the way, has not been without controversy after the Levante newspaper published that Flores was convicted of gender violence. However, the far-right formation did not hesitate to ratify him as a candidate. The only danger that the applicant now runs is that he will be left out of the Transparency Council, for which he was proposed by the PP in the first legislature of the Botànic.

This prick of Vox is also detected in the PSPV studies that place the radical right party at 12 or 13 deputies. Despite being more than the dozen parliamentarians that it now has in the regional Chamber, they are fewer than those that were projected a few months ago.

In fact, with this result, the popular ones would be forced to add 37 deputies, when now they only have 19 seats. A situation that confirms that, to come to power, Carlos Mazón would have to beat Ximo Puig by a wide margin, even more so when the numbers of the PSPV - and that is why the Socialists breathe - indicate that Compromís is ahead of the extreme right.

Some data that agrees with the numbers that the CIS made public a few weeks ago in diagnosis and approximate measurement of the potential electoral support of each party in the different autonomous communities. The public body pointed out that Compromís would also be above Abascal's party, although not much.

However, in the PP they do not lose their smile because they say that while the socialists do not grow, they are in a growing trend. In addition, they reiterate that the national context benefits them; they see Pedro Sánchez very touched and trust that the 'Azud case' will take its toll on the PSPV. Finally, to the less confident they ask a question: that voter who is disenchanted with Vox and who does not go to Ciudadanos, who will he support?