State secrets will no longer last for life and will have an expiration date, with few exceptions. 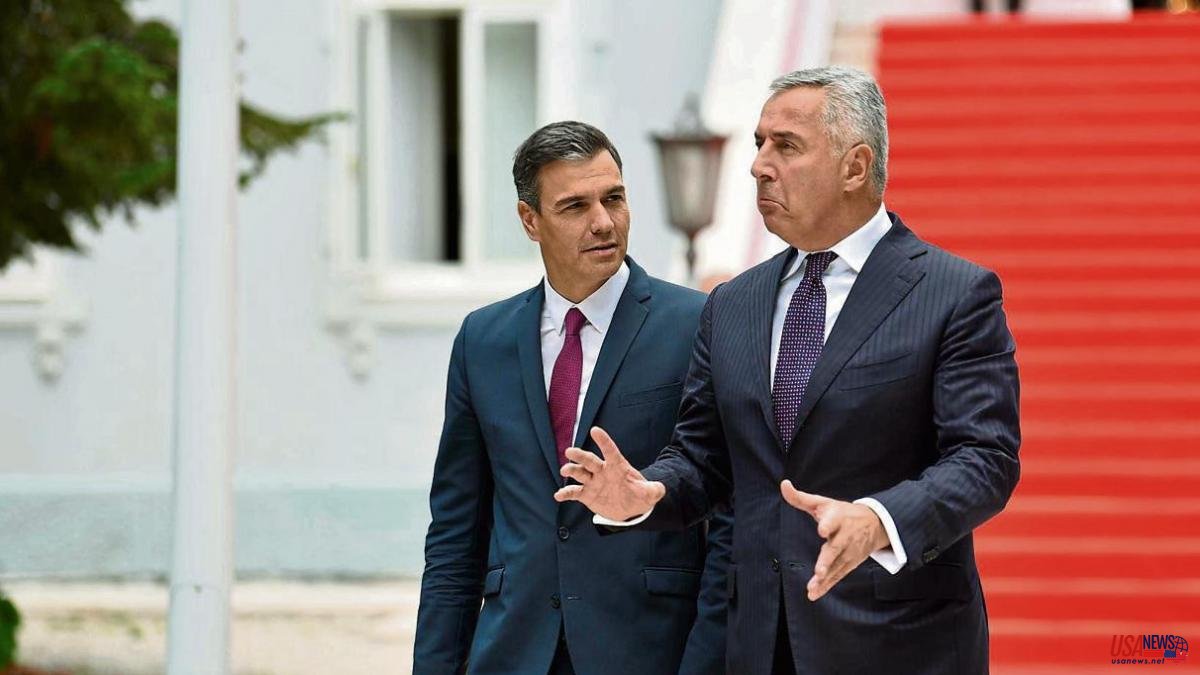 State secrets will no longer last for life and will have an expiration date, with few exceptions. Quite the opposite of what is happening today, that, based on an anachronistic legislation dating from 1968, the decoding of reserved matters in recent decades has been carried out by drops.

Everything will change with the reform of the Official Secrets Law that the Government will take this Monday to the Council of Ministers and that proposes to set “declassification horizons” that range from four to fifty years, only extendable in “some cases”.

This was announced yesterday by Pedro Sánchez in the final stretch of his tour of the Western Balkans which ends today in Albania and which has included official visits to Serbia, Bosnia-Herzegovina, Montenegro and North Macedonia to personally support their respective accession processes to the European Union (EU).

The President of the Government took advantage of an informal talk with the press displaced for this official trip to the Balkans to advance a legislative reform that he described as "urgent" to adapt to "democratic and constitutional principles".

To this end, Sánchez advocates raising the categories under which to classify reserved information from two to four in order to harmonize future standards – top secret, secret, confidential and restricted – with the current regulations applied by NATO and the EU itself. This will have a positive effect on cooperation in this matter between the different secret services of the member countries.

The reform includes the designation of the Ministry of the Presidency as the National Authority for the protection of classified information instead of the Ministry of Defense. And it grants powers, among others, "guarantee in compliance with regulations, coordination and support of the units of each ministry and relationship with international authorities on the matter."

Sánchez justifies this change in the need to coordinate everything from a "transversal ministry" given that the sensitive material concerns portfolios as disparate as those of "Economy or Industry", among others.

The reform proposal, still in an embryonic phase, will go to the Council of Ministers in the first round this Monday and, given the current configuration of the Executive, it will be Margarita Robles who gives Félix Bolaños the power to propose when and what information is declassified. although the last word will continue to be held by the Council itself.

This change is known by all parties and, as confirmed by the President of the Government, has the "approval" of Robles, who, until a few weeks ago, defended that the new authority depended on the CNI.

Moncloa decided to speed up the process in May, pressured by the outbreak of the Pegasus case over the espionage scandal against the Catalan independence movement. And she openly argues that her proposal "will sit well with the different parliamentary groups" helping to revitalize the blurred investiture pact for the last stretch of the legislature.

But the eyes are expressly pointed at the PNV, whose spokesman in Congress, Aitor Esteban – who in January 2020 presented a bill in this regard that was rejected – activated the intermittent during the last debate on the state of the nation to signal his predisposition to fly alone from here to the next general elections in 2023, disrupting the Government's calculations to carry out future votes in the Lower House.

The reform will affect the matters that, from now on, are classified at the proposal of the Minister of the Presidency. But it remains to be seen how it will affect previously codified issues. Some for decades, such as that related to the failed coup attempt of 23-F.

In parallel, Pedro Sánchez yesterday in Podgorica praised Montenegro's "firm commitments" in its process of joining the European Union and pointed out that it should be the great example of integration for the Western Balkans, as long as it commits to European reforms.

The main message conveyed by the president on his tour of the Balkans is Spain's support for the European aspirations of those countries, and he expressed this in person to both the Montenegrin president, Milo Djukanovic, and the prime minister, Dritan Abazovic, in the meetings he had with them. In an appearance with Djukanovic, Sánchez explained that Spain recognizes the efforts that Montenegro is making to become a member of the EU because it also had that experience in the 1980s, which meant a leap in modernization and economic and institutional progress, as well as as stabilization and peace.

Montenegro has had the status of a candidate for EU membership since 2011 and, on June 29, 2012, negotiations began. In this sense, Sánchez highlighted the "unbeatable" position of the country to move forward quickly.

As a novelty, Spain will have for the first time a diplomatic representative based in Podgorica who will act as a "diplomatic antenna". This is an official who will reside in the Montenegrin capital as charge d'affaires and who will report to the embassy in Belgrade. Until now, Spain's diplomatic relationship with Montenegro was carried out from the embassy in Serbia.

President Djukanovic described Sánchez's visit as a "historic event" as it was the first by a head of the Spanish Government and praised the decision to raise the rank of the diplomatic presence in his country.