Novak Djokovic came within one victory of the Grand Slam last year. 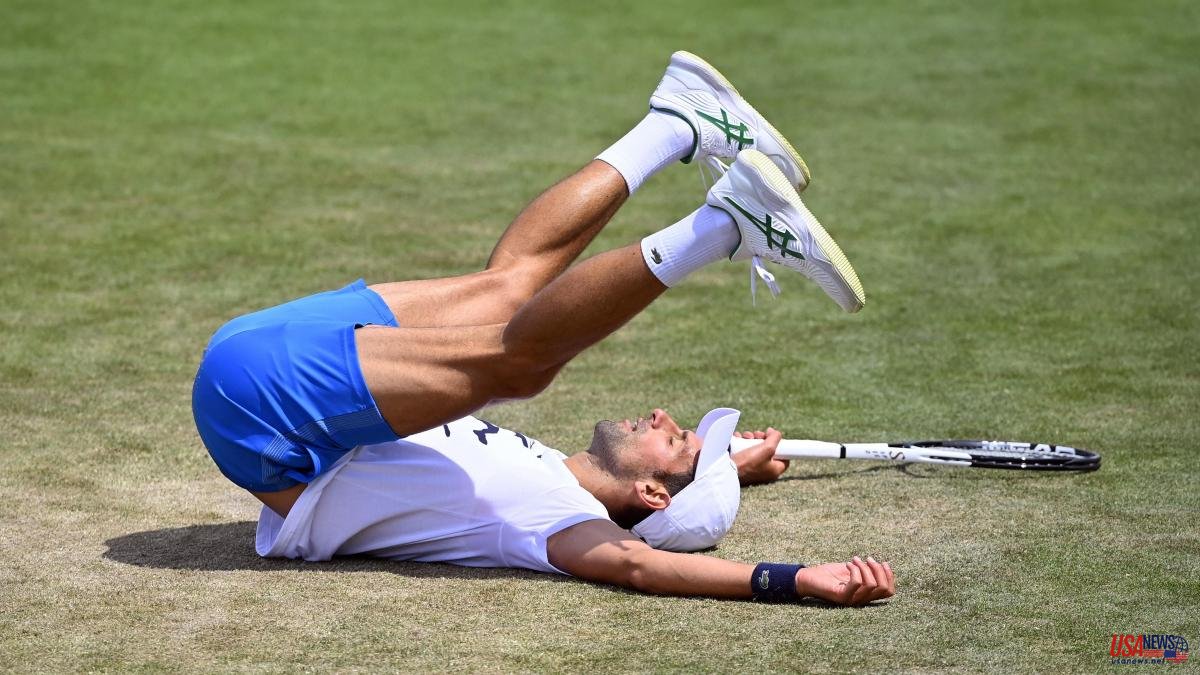 Novak Djokovic came within one victory of the Grand Slam last year. Champion in Australia, Roland Garros and Wimbledon, only in New York Daniil Medvedev stood in his way and prevented the Serbian from entering the select tennis club with four majors won in the same season. He closed 2021 with a total of 20 Grand Slam titles, the same as Rafael Nadal and Roger Federer, an equality that everyone took for granted that he would break after a few months, putting the direct to become the most successful male player of all times. And long.

Nothing has turned out as expected. Djokovic did not have two external factors that would condition him in his performance and also in the ranking this 2022. The first was colliding with the covid vaccination. Despite knowing that it was essential to enter a country as restrictive as Australia, he believed himself inviolable, different from the rest, and it was not so.

The Australian soap opera earlier in the year for not wanting to be vaccinated against covid-19, with questionable arrests and medical exemptions, ended with his expulsion from the country before the tournament began. He did not change his immobile posture despite the sporting consequences that it entailed and he also missed the Masters 1000 in Indian Wells and Miami.

What the Belgrade player was not counting on was that the invasion of Ukraine would also harm him. Wimbledon's decision not to let Russian and Belarusian tennis players compete was replicated by the ITF: leaving all participating tennis players in this edition without points.

In this way, Djokovic will lose the 2,000 points he achieved last year as the winner once the tournament is over, the same ones he missed at the Australian Open. These, added to the 1,640 lost at Roland Garros, the other Grand Slam (he was a quarterfinalist), will plummet him in the ATP ranking.

After Wimbledon, the player with the most weeks at number one (373) will fall to seventh place. It had been almost four years (10th in August 2018) since he had held such a low position, although he has not hit the bottom. His refusal to be vaccinated will presumably prevent him from participating in the US Open. It is still an essential requirement to enter the United States, therefore the collapse will continue.

"As of today I am not allowed to enter the United States, I am aware of that, so I have an extra motivation to do well here (at Wimbledon). I will have to wait and see what happens. I would love to go, but today today is not possible. I cannot do much, it is something that depends on the United States government whether or not they allow unvaccinated people to enter the country, "he declared before debuting at the All England Club this Monday against Soon-Woo Kwon on center court.

Before the press Djokovic clarified that the classification no longer worries him as before. "It is going to affect other tennis players more than me. I don't want to say that they are not important, but for me they are not as important as before. Now I am not chasing the ranking as before, when I wanted to break Federer's record. It is not so important in terms of priority. I haven't been able to defend 4,000 points between Australia and here, that affects me, but my priorities are other".

His main priority is to chain the fourth Wimbledon, a trophy he has lifted six times. He will do it without any previous preparation on grass. Djokovic has not played since he lost to Nadal at Roland Garros, although in the past he has already been proclaimed champion without warm-up matches. "There's no reason to think I can't do it again."

Djokovic has long preferred a balance between competition and rest without the need to rack up tournament appearances. The difference this year is the little competitive shooting of him. He was noticed in Monte Carlo when he was dropped by Alejandro Davidovich at the first change. In Madrid he began to show his head (semifinals) and showed signs of having returned with the title in Rome. Until a depleted Nadal ran over him in Paris.

Wimbledon could be his second major of the year and probably his last. Nor is he expected to be in August at the Montreal and Cincinnati Masters if the entry requirements in Canada and the United States do not change.