It is common for the content of the General Policy Debate to materialize in proposals, so that the approved measures and initiatives remain black on white in a kind of roadmap for the Valencian Government. 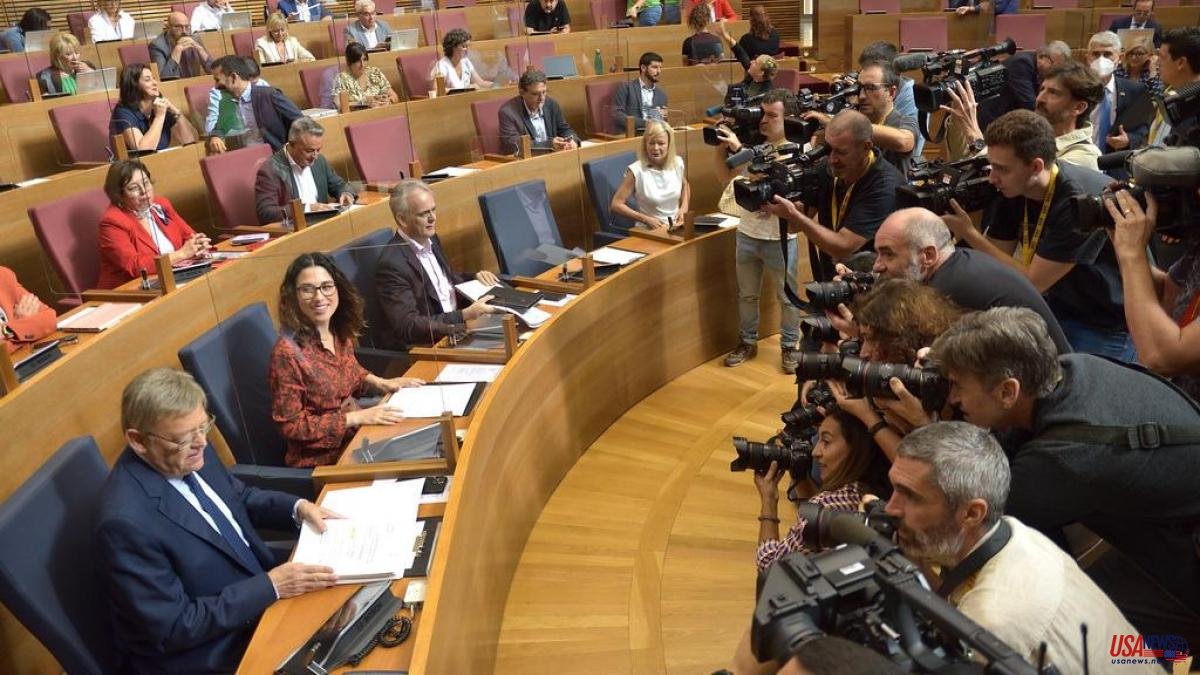 It is common for the content of the General Policy Debate to materialize in proposals, so that the approved measures and initiatives remain black on white in a kind of roadmap for the Valencian Government. In fact, the Botànic groups have been working on them for weeks to present their ideas and approve them by consensus.

In this sense, the PP trustee, María José Catalá, was surprised by the fact that none of the Botànic's resolution proposals spelled out the tax reform announced by the president of the Generalitat, Ximo Puig, and which became the star proposal of the discussion. So much so that it crossed the limits of the Valencian Community and generated debate among its partners and discomfort in the Government.

Yesterday, number two of the PP attributed the absence of a text on the reduction of taxes on incomes of less than 60,000 euros to that alleged disavowal of Moncloa and to the pressure of its partners. Although it is not exactly like that. The truth is that a mention of "a tax reform that benefits families with medium and low incomes" does appear; although with an important nuance regarding the speech of the president of the Generalitat Valenciana.

In the resolution proposal signed by the three trustees of the Botànic -Ana Barceló (PSPV), Papi Robles (Compromís) and Pilar Lima (Unides Podem)- a not insignificant tagline is added "with more contribution from high incomes to sustain the burden arising from the inflationary situation as a result of energy prices".

And the fact is that since Puig announced his proposal to reduce the section of regional personal income tax with retroactive effect and increase deductions for income of less than 60,000 euros (1.3 million people) by 10% to combat inflation, its partners have shown skeptical. Both Compromís and Unides Podem see it as a "good starting point", but insist on the need to raise the contributions of those who have the most. A point to which, despite what its parliamentary spokesperson has signed, the socialist part of the Government opposes. They consider that the pressure on the highest incomes in the Valencian Community is already one of the highest in Spain.

A lack of agreement that has made it impossible for the reform to be carried out with the endorsement of the signature of the three trustees who support the Executive. In fact, yesterday the Vice President of the Valencian Government, Aitana Mas (Compromís), insisted that the reform "is not yet closed" since it has to "continue to be outlined".

Despite the efforts of the head of the Consell to explain that his proposal has little to do with that of other barons and baronesses of the PP who are committed to lowering taxes on the richest, the uneasiness continues in the Government.

This Wednesday, the First Vice President of the Government and Minister of Economic Affairs, Nadia Calviño, lamented the "downward competition" in fiscal matters that some autonomous communities are carrying out. Asked about Puig's announcement, the first vice president preferred to contrast the "responsible" fiscal policy of the central government with that being carried out by other autonomies.

In this wound the PP delved yesterday that was offered to the president of the Generalitat Valenciana to, if he really wants, to agree with them a "real tax reduction". A toast to the sun with which the spokeswoman María José Catalá tries to convey to the electorate that, despite Puig's turn, only her party is the one that is firmly committed to lowering taxes.