The death toll in the protests in Peru rises to 17, after a bloody Thursday with nine deaths

Nine deaths in different parts of Peru made this Thursday the most violent day since the protests broke out last week, after the impeachment and arrest of former President Pedro Castillo. 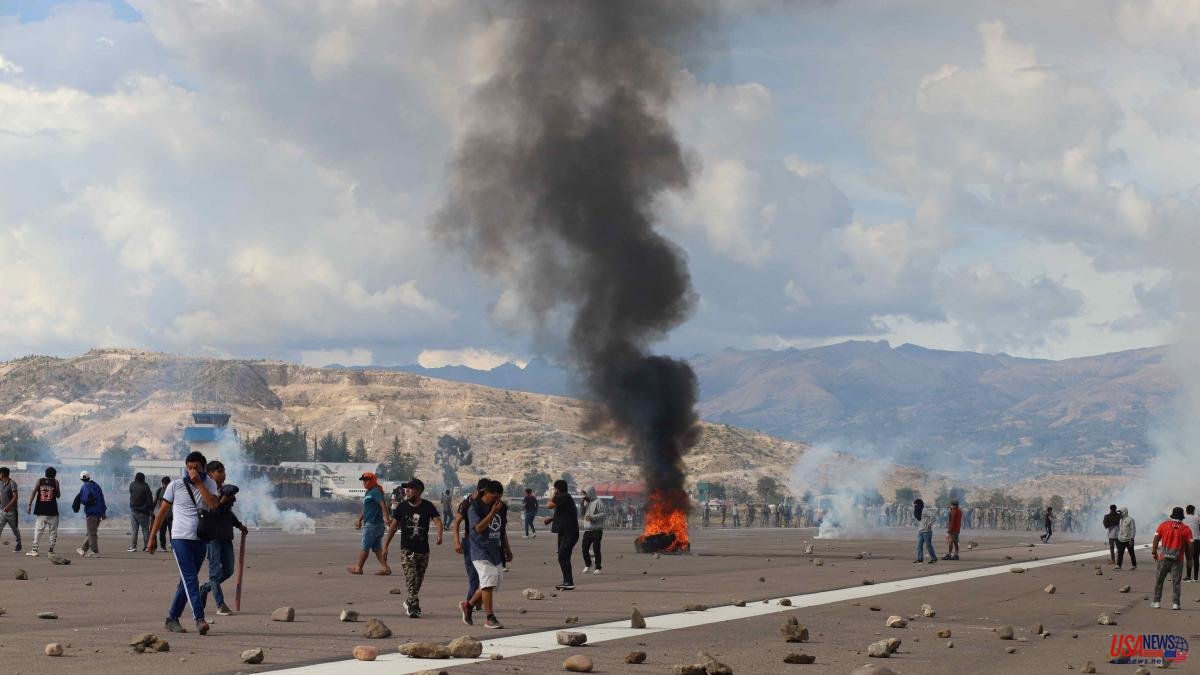 Nine deaths in different parts of Peru made this Thursday the most violent day since the protests broke out last week, after the impeachment and arrest of former President Pedro Castillo. The deceased now amount to 17 and the tension continues.

The bloody day coincided with the judicial ruling by which Castillo must spend 18 months in pretrial detention, while the case for rebellion and conspiracy is being investigated, after in an attempted self-coup he decreed on December 7 the dissolution of Congress and suspend the democratic order.

President Dina Boluarte, who on Wednesday decreed a state of emergency throughout the country for 30 days, reacted to the violent spiral by making an "invocation for peace" on her Twitter account. "We cry the crying of the mothers in Ayacucho and we suffer the pain of families throughout the country," the president wrote, referring to the serious incidents that occurred at the airport in the southern city of Ayacucho, when protesters invaded the premises. and the military responded by throwing tear gas grenades from helicopters and shooting with firearms. As a result, seven people died and 52 were injured.

The other two protesters on Thursday died in the department of La Libertad, in northern Peru. "In a sad day of violence, we again regret the death of Peruvians," Boluarte also tweeted. With these nine deaths, the number of fatalities now rises to 17 since the crisis began, and the injured number in the hundreds.

The demonstrators demand the resignation of Boluarte, the reinstatement of Castillo, the dissolution of Congress and the establishment of a constituent assembly.

Within the framework of the declaration of the state of emergency, a curfew was also decreed in fifteen provinces of eight regions. However, with these measures the Government has only managed to increase the violence, with the military on the streets and trying to unblock roads.

On the other hand, Boluarte proposed to Congress to advance the general elections to December of next year, which the unicameral parliament continued to debate this Friday.

The protests and the closure of several airports have also caused thousands of foreign tourists to be stranded, many of them in the city of Cuzco, the gateway to the Inca citadel of Machu Picchu.