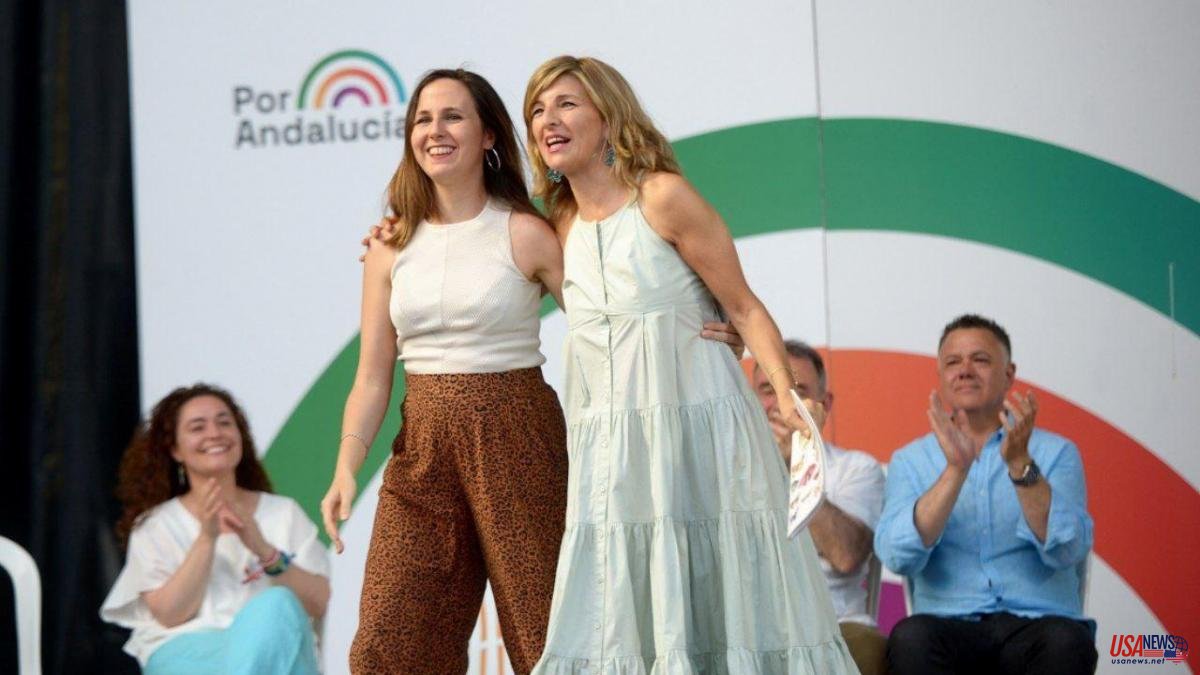 The red phone works. And if Washington and Moscow have discreet contacts to avoid greater and irreversible evils in the war in Ukraine, it should not be surprising that communication between the United Podemos ministers and the confederal parliamentary group is still open, despite the intensity of the offensive of We can on Vice President Yolanda Díaz and the rest of the organizations of the confederate space. To the accusation of "disrespecting" Podemos, last week was added the reproach of the ministers Joan Subirats, Alberto Garzón and Yolanda Díaz for not having closed ranks with the Minister of Equality, Irene Montero, in the midst of the downpour unleashed by the application of the law comprehensive guarantee of sexual freedom and subsequent management.

The truth is that the coalition is not broken, neither between the PSOE and Unidas Podemos, nor between the ministers of Unidas Podemos, although relations within the space of the left have deteriorated rapidly. Vice President Díaz and the Minister of Social Rights, Ione Belarra, at the time General Secretary of Podemos, maintain an open line – sources from both ministries confirm – even despite the maternity leave of the leader of the purple formation.

Last week, at the height of the crisis surrounding the Ministry of Equality, and when the tacit or express reproaches to Díaz, Garzón and Subirats were already increasing for not having come out to put the body in front of the shooting that fell on Irene Montero and her collaborators, Díaz and Belarra kept communication open. There are obvious discrepancies between the two about the political situation of space and its future, but at no time in recent months has communication broken down.

Díaz, who has not met the confederal coordination body in the last year, has called informal meetings of the ministers and representatives of the different formations of the parliamentary group to address the underlying political issues that stress space, the last of them regarding the negotiation of the possible renewal of the General Council of the Judiciary. In those meetings, the growing tension with Minister Irene Montero, a vehement defender of the interests of her party, Podemos, within the Executive branch, has become clear.

However, and despite discrepancies in the action strategies of the space, there have been no indiscipline or threats of breaking the confluence. IU and comunes, and in this sense, Alberto Garzón and Joan Subirats, second the leadership of Yolanda Díaz in space and in the government coalition and neither Irene Montero nor Ione Belarra – now on leave – have questioned it.

Despite the worsening of relations, there are no incentives at the moment for a break –especially after the experience of the break in the Generalitat–, while in the parliamentary group the formal coordination mechanisms work better today than a year ago. It is a paradox, but precisely the tension in space made it advisable months ago for the coordinating bodies to work with greater formal rigor, to avoid unexpected collisions and misunderstandings that would have repercussions on the functioning of the group.

In addition, various actors have been working on a second level for months so that relations are not broken, and trying to keep all channels open. In governmental terms, the Secretary of State for Social Rights, Nacho Álvarez, is one of those who has invested the most in this political coordination; Also, acting as a joint with the PSOE ministries, and in terms of political communication, Enrique Santiago and Jaume Asens continue to maintain communication with all the actors and trying to redirect the situation to prevent it from leading to a segregation of Podemos and the rest of the space.

Just yesterday, the Podemos candidate for the presidency of the community of Madrid, Alejandra Jacinto, proposed the promotion of a social pact with political content so that the progressive forces in Madrid coordinate their political action and the coexistence of different lists does not prevent the defeat of Isabel Diaz Ayuso. And at the same time that she expressed her solidarity with the Minister of Equality, she was betting on the candidacy of Yolanda Díaz as the only possible one for the general elections.

However, the socialist half is restless. The internal controversies of the last week have had "very negative repercussions" for the Government and for the re-election aspirations of Pedro Sánchez next year. "The health of this coalition government and its good relations are demonstrated through the facts," Minister Pilar Alegría argued yesterday, as spokesperson for the PSOE. And among the most relevant, he highlighted that the first Executive of the democracy coalition manages to approve, "in time and form", its third general budgets. The PSOE spokesperson demanded at the same time to bury the hatchet in the political space to her left, which harms the coalition government and makes it even more difficult to achieve a progressive majority in the next general elections. Alegría demanded “maximum unity” in order to thus mobilize the entire progressive electorate.