The Davis and the bad life without Alcaraz or Nadal: Spain is already down

Late at night, the Martín Carpena sports center in Malaga cheers and yells, anxious because it is witnessing a match as intermittent as it is passionate, the second of the day. 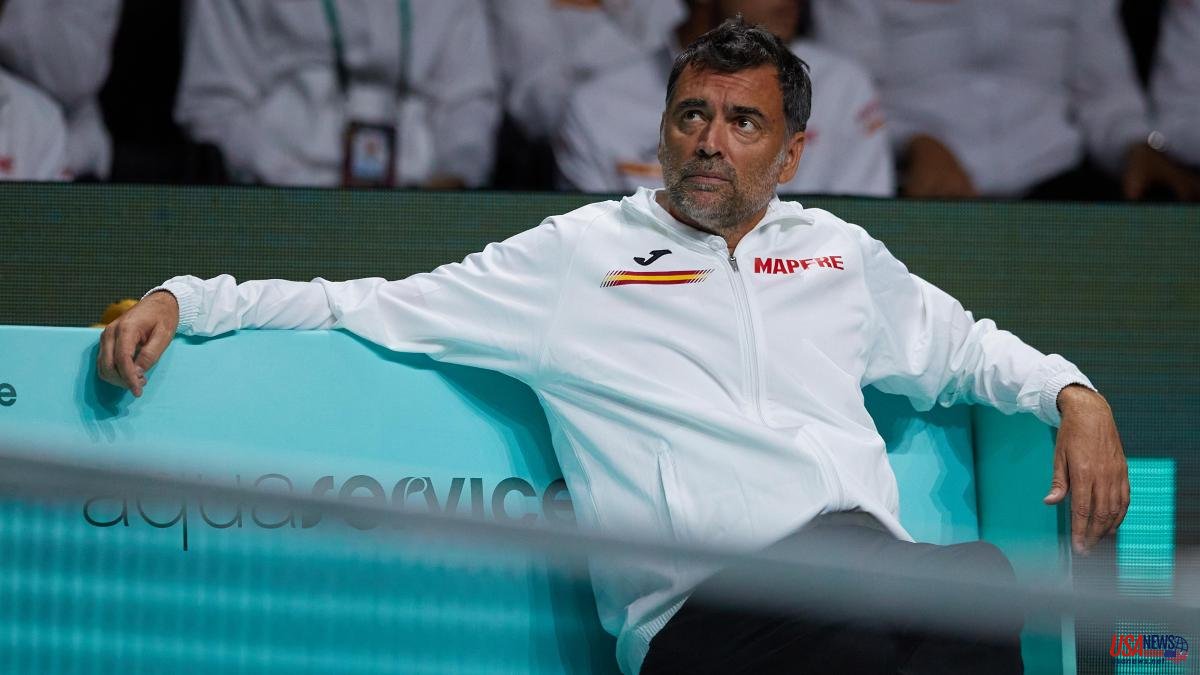 Late at night, the Martín Carpena sports center in Malaga cheers and yells, anxious because it is witnessing a match as intermittent as it is passionate, the second of the day.

(In the first, resolved in mid-afternoon and on the fast track, Borna Coric has melted Roberto Bautista in two sets: 6-4 and 7-6 (4))

The Spanish fans shout and the Croatian trumpet players blow while Pablo Carreño and Marin Cilic fight, two tennis players risking the second point of the round, and the scoreboard dances, opting for one side or the other, conditioned by the capricious drift of the Croatian giant.

Marin Cilic (1.98m, wears a size 49) is a volcano that hits and misses and makes it impossible for the game to develop logically.

The Croatian throws an overflowing parallel and then sends a right hand into the net, a roller coaster of feelings that baffles Carreño. The Murcian looks like a winner and then he looks struck down and so on and on.

Between the noise and the confusion, the outcome is painful for Spanish tennis.

Cilic prevails (5-3, 6-3 and 7-6 (5)) and the Croats prevail (2-0), who win the quarterfinal crossing (Australia awaits him in the semifinals), they ruin the expectations to Sergi Bruguera's team and design an eloquent conclusion: the exciting Spanish tennis, capable of appropriating three of the four Grand Slams in a single year (two for Nadal and one for Alcaraz) and closing the course with two tennis players at the same time. head of the world ranking, he has a good time in his own country and in that tournament whose new format he sponsors: the Davis Cup.

The start of the session was already looking regular.

In the presence of Gerard Piqué, the Spanish team declared itself a victim of his absences and his troubles – “with Alcaraz and Nadal we would have been stronger, it is evident”, the captain had said these days – and of the weight of his rivals.

Coric (26th in the world today) was solid on serve, absolutely determined in the first set, when he signed seven aces (twelve in total) and tied Bautista, apparently surpassed by the speed of the court and the firmness of the Croat , especially in the decisive tie break.

He did it when signing up for the first set, squeezing Cilic's oscillations, a server who does both well and badly (20 aces, fifteen double faults).

Cilic is 34 years old and has been seen in the elite.

He sports a US Open title (2014), a final at the Australian Open (2018) and another at Wimbledon (2017), so his pulse does not tremble when flying high. Relying on these resources, the Croatian was going to navigate later to sign up for the second set and cheat until the sudden death of the third, when trumpeters and vociferous exchanged words while Carreño's went out.