62% of Spanish consumers combine purchases online and in physical stores. 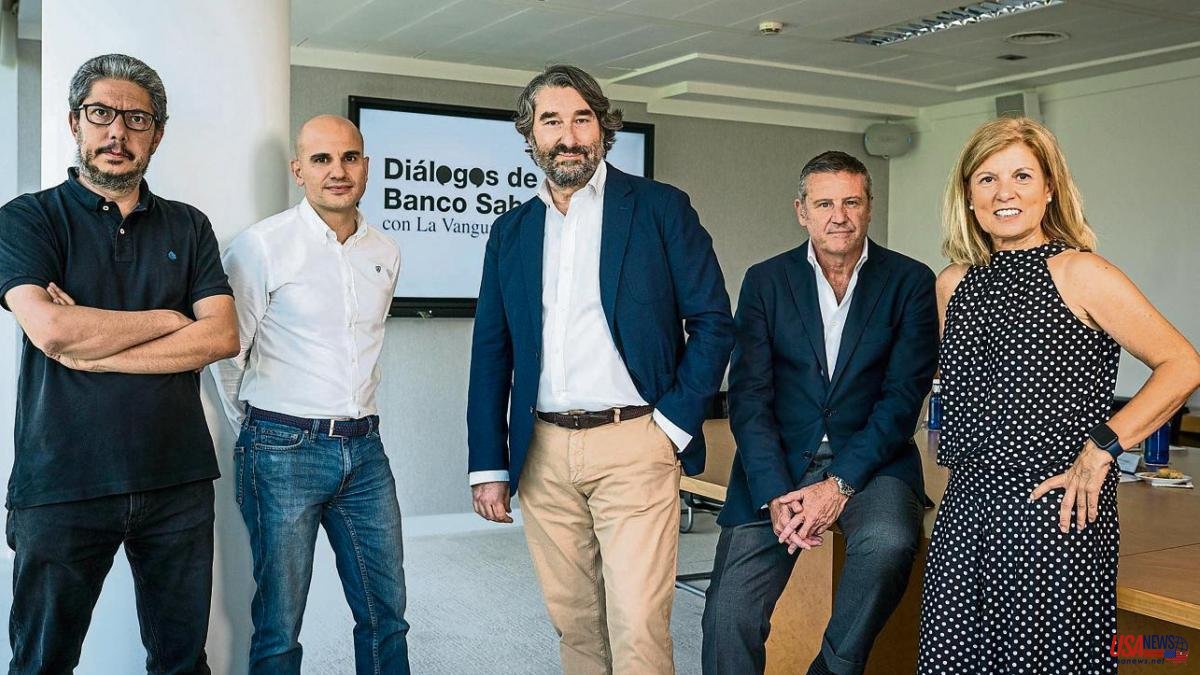 62% of Spanish consumers combine purchases online and in physical stores. And the trend will increase, since 80% of them declare that in the future they plan to opt even more for this hybrid relationship with brands, according to data from the latest e-commerce report from the marketing association IAB Spain.

Multichannel consumption poses multiple challenges for companies, which are modifying their commercial strategy while incorporating the technologies of the fourth industrial revolution, such as artificial intelligence, machine learning or connectivity, to improve customer service both in the virtual as well as physical terrain. Its objective is none other than to adapt to the new psychosocial behavior of consumers after the pandemic, which has accelerated digitization and is changing their purchasing habits.

This is confirmed by the experts who took part last Tuesday in the last session of Future Bank Sabadell Dialogues with La Vanguardia, held in the editorial office of this newspaper in Madrid.

The meeting, focused on analyzing the "Evolution in the relationship with the client", was attended by the deputy general manager and director of private business of Banco Sabadell, Jorge R. Maroto; the person in charge of Banking, Insurance, Education and Security of Google Spain, Sergio Torrijos; the executive vice president of Faconauto, Marta Blázquez; the vice president of the Spanish Retail Association, Alfonso Sebastián, and the general director of The Cocktail Analysis, Felipe Romero.

Experts agree on pointing out the challenge that this multi-channel consumption represents for brands. While in online sales the priority is to facilitate the consumption process and have the capacity to respond to the consumer's demand for immediacy, in physical channels, the aim is to focus on higher value-added interactions with the customer and managing the coexistence of different generations, some of them digital natives and others, little or not at all digitized, at the point of sale.

“Simplicity and transparency must be offered, and the customer decides if he wants to contact by digital means, or in person when he needs it”, recommends the deputy general manager and director of private business of Banco Sabadell. "The key - insists Jorge R. Maroto - is that the relationship is what the consumer wants and that communication occurs when he chooses it and through the channel he chooses".

After the consolidation of the Internet, we are fully entering into "the data revolution", which offers the "opportunity" to unravel the "multi-channel tangle" traced by current consumer behavior in order to accompany the customer both in the digital channel and the physicist, highlights the head of Banking, Insurance, Education and Security of Google Spain, Sergio Torrijos.

Technologies such as artificial intelligence, machine learning, virtual and augmented reality or the Internet of Things allow companies to "personalize the relationship with the customer". Its development will cause "a new deep transformation model" of the commercial and productive operation of the companies that "will affect the entire chain", predicts Torrijos.

“It will be a virtuous circle”, celebrates the director of Google Spain. And he points out, as examples, the possibilities of telemedicine or connectivity both at home and in vehicles. In his opinion, "analyzing the purchase process" is essential if you want to offer a good product or service, although he clarifies that it is necessary to "differentiate service personalization and intrusiveness", respecting customer preferences and privacy policies at all times. .

To understand how their customers' behavior evolves, companies turn to providers of consumer knowledge, a sector "on the rise, since everyone doubts how they are going to react," according to Felipe Romero, CEO of one of them, the consulting firm specializing in consumer trends and digitization The Cocktail Analysis.

Their reports, prepared by multidisciplinary teams where psychology and sociology play a prominent role, confirm that, after the pandemic, the client has evolved to become what Romero calls a yosumidor, who is characterized by being increasingly demanding and distancing himself. of the most aspirational aspects of brands. In view of this phenomenon, he advises companies to become a “Mr. Wolf – referring to the popular character from Quentin Tarantino's Pulp Fiction movie – who solves all problems”.

Author of books such as Crossumer or Yosumidor , Romero considers that the personalization that technologies such as artificial intelligence and machine learning allow to achieve, multiplies the impact of classic consumer segmentation "when it comes to drawing up the strategy of the relationship of brands with the client.

The executive vice president of the employers' association of the official dealers of the Faconauto vehicle brands, Marta Blázquez, is also in favor of data management, which she considers essential to be able to establish "loyalty policies". In her opinion, attention focused on the individual, together with “honest and transparent” communication, is essential to build consumer confidence. "The client is as he is and you have to adapt to him," she recommends.

In order to satisfy the needs of the consumer, in the opinion of Marta Bláquez, it is necessary to take into account that citizens receive a "large number of communicative impacts", especially areas that are in full transformation, such as mobility.

"We have installed ourselves in uncertainty and that causes the customer to delay their purchase decisions, staying with more polluting and more insecure vehicles," he laments. To reverse the situation, the executive vice president of Faconauto demands greater "certainty" from all the agents involved, logically starting with the regulator.

"The challenge with the data is to see how they can add value in each case, without giving up face-to-face attendance," adds the vice president of the Spanish Retail Association, Alfonso Sebastián. The key, according to the representative of the "transversal" entity created in 2019 to bring together service providers from all areas of activity, is "simply treating the customer well", professionalizing human treatment and leaving machines more routine tasks to free up time for store staff and dedicate them to serving the customer.

To finish, the expert recalls that the socioeconomic context influences purchasing behavior and predicts that it may change in the coming months. “The consumer has come out of the pandemic with the ability to save and has recovered his life, which explains the boom in tourism and hospitality, but now he is in a moment of uncertainty due to the prospects of a slowdown. At the turn of summer, we will see how optimistic the consumer is”, he states to end the debate.