In 2014, the British knew that within two years their national archives would declassify documents about the 1988 bomb that killed all 270 passengers on Pan Am Flight 103 in Lockerbie, Scotland. 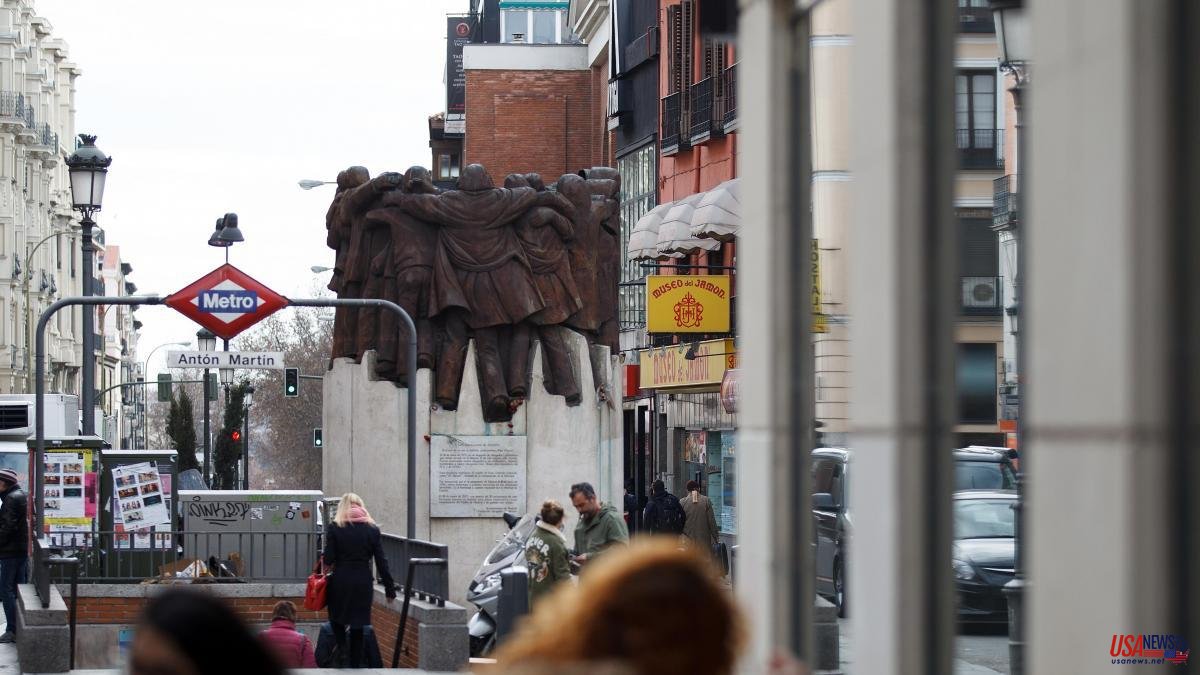 In 2014, the British knew that within two years their national archives would declassify documents about the 1988 bomb that killed all 270 passengers on Pan Am Flight 103 in Lockerbie, Scotland. And that the following year they would have secret information about the resignation of Margaret Thatcher as Prime Minister in 1990. This year they expect to see documents from 9/11 and they know that until 2073 there will be no revelations about the mysterious suicide of scientist David Kelly, related to a dossier of weapons of mass destruction in Iraq.

With the preliminary draft of the Classified Information Law that the Council of Ministers approved on Monday, the Spanish, on the other hand, will not know when they will learn – or if they will – of the government's management of the Hipercor attack in 1987 or the background of Spanish participation in the Gulf War in 1991. Or if any document sheds light on the plane crash in which General Emilio Mola died in 1937, confronting Francisco Franco, and if relevant data on the 1977 Atocha massacre is kept.

The bill establishes that classified information may only be released prior to the law "ex officio or at the request of persons directly affected." Historians and journalists would be left out. It will be like this, justified the Minister of the Presidency, Félix Bolaños, in charge of its elaboration, because it is a “huge” documentation.

Having maintained the Francoist Law of Official Secrets of 1968 for almost half a century has meant a significant delay with respect to the standards of democracies with which the Government of Spain now wants to equate itself. The lack of investment in civil and military archives makes it difficult to deal with documentation that can be declassified or protected.

The preliminary draft is far from the British paradigm as it does not provide for the progressive ex officio declassification of documents, at least prior to 1980, on an annual basis. It can even generate an excess of bureaucracy if those affected cover the body in charge of declassification with an avalanche of requests.

The proposal provides for the creation of a National Authority for the Protection of Classified Information. The agency has a model in the United States. In 2009, President Barack Obama's executive order on classified national security information launched the National Declassification Center linked to the US National Archives to "expedite declassification processes and standardize them while maintaining national security." .

The decision arose from the need to bring order to the release of new content. The overzealousness of multiple US government agencies has created over time, and increasingly, so many classified or secret files that achieving proper and orderly declassification has become problematic. Everything that is classified years later goes through a process, not always easy and subjective, of declassification.

The bill says nothing about it. Instead, it looks at other democracies to equate the categories of restricted (automatic declassification after four years, non-extendable), confidential (without periodization at the moment), secret (without periodization) and top secret (50 years, extendable for another 15). This last horizon is at the top of the range set by other countries for these last two assumptions. In 2010, the United Kingdom lowered the wait from 30 years to 20, with exceptions. In the United States they are 25, with exceptions up to 50 and even 75 years. Ireland, Australia or Canada have terms of 30 years. Also Israel and Germany, which, in exceptional cases, can reach 70 or 60, respectively.

In France, where secrets usually come to light 50 years later, Emmanuel Macron declassified in March 2021 countless documents on the Algerian war (1954-1962) to seek a rapprochement with his former African colony, "reconcile the multiple memories of the conflict” and achieve a more unified account of what happened, still very present in the memory of both societies. Not surprisingly, Jean-Marie Le Pen, the founder of the National Front, fought as a paratrooper in the conflict.

The announcement of declassification had a clear political intention and the President of the Republic emphasized that it was "the responsibility of the State to articulate in a balanced manner the freedom of access to the archives and the fair protection of the superior interests of the nation through the secrecy of the national defense". The decision, however, was not prompted by a desire for transparency, but by the anger of French historians.

And it is that, contrary to what Macron expressed, in January 2020 the French Secretary General of Defense and National Security, Claire Landais, ordered that the “formal” declassification of any classified document since 1940 must have the approval of the government department that had it. produced. The order contravened the French Heritage Code that governs archives for declassification.

Given the doubt about the prevalence of one or another norm, even reserved collections already open were closed, many of which belong to the archives of the Historical Defense Service, in Vincennes. Numerous doctoral theses and investigations were left unfinished, with the consequent complaints. On January 9, 2022, La Vanguardia published the report “The Nazi contacts of the PNV” based on funds declassified in 2018 and 2019 that Xavier Juncosa photographed before they were closed again. The work of the historian allowed the readers of this newspaper to have such information, which otherwise they would not know.

The battle of the classified archives, then, does not take place only in Spain and the closure of the documents in one State affects the knowledge of the crossed history of the others. The Government's draft includes sanctions of 50,000 to three million euros and criminal liability for improper dissemination of state secrets. Its purpose, it is stated, “is to protect information whose disclosure could endanger national defense and security.” The resulting law will not satisfy the desire of researchers and citizens to know. It will only temper it if it achieves the balance established by the motto of the National Declassification Center of the United States: “Releasing what we can. Protecting what we owe”.