The dark side of the digital cloud

Accepting the construction of one of the largest wind farms in the Netherlands was, five years ago, a bold decision for Zeewolde, a town of 22,000 inhabitants known for fighting against everything that implies growth and taking space from nature. 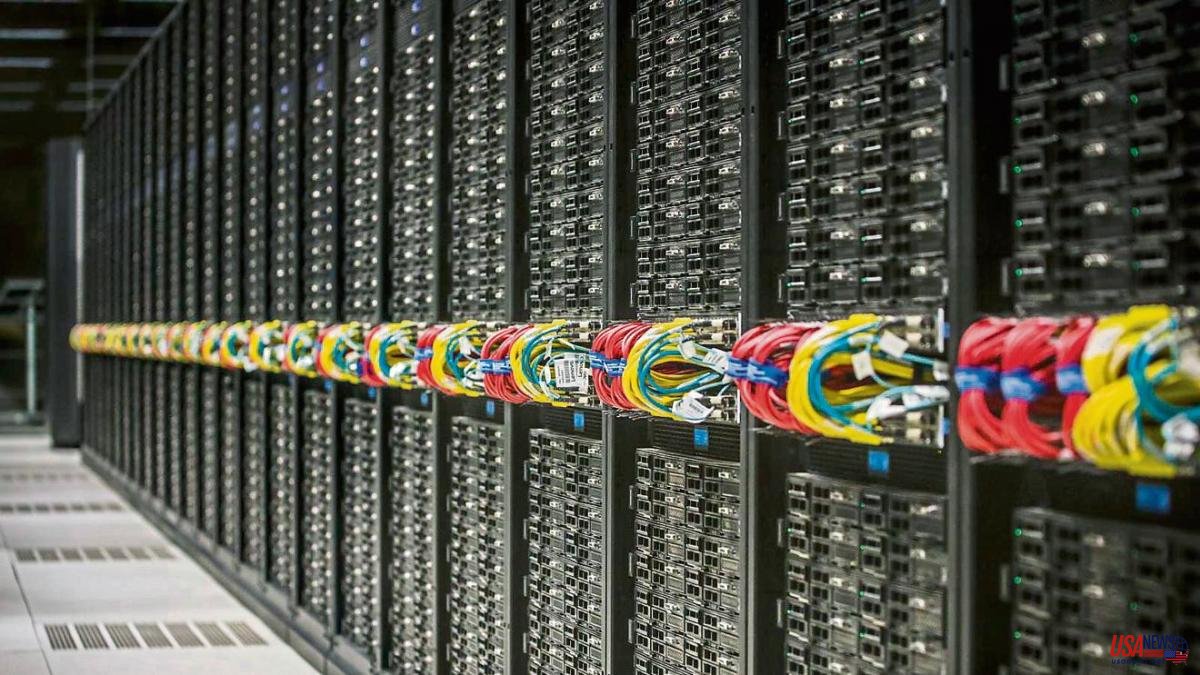 Accepting the construction of one of the largest wind farms in the Netherlands was, five years ago, a bold decision for Zeewolde, a town of 22,000 inhabitants known for fighting against everything that implies growth and taking space from nature. Those windmills put it on the map as the only city in the country whose production of renewable energy exceeds its consumption of fossil fuels and were an incentive for a large technology company to propose the construction of a data center in the area. But the story did not end well.

After 15 months of secret negotiations and half a year of heated public debate about the water and energy consumption of these facilities, the company in question, Meta – the parent company of Facebook, Instagram and WhatsApp – canceled the project. For Professor Michiel S. de Vries, from Radboud University, the Zeewolde case is indicative of what can happen if these proposals are not dealt with transparently, especially in times of scarcity.

Data center externalities “are not trivial at all,” he says. According to estimates by the company itself, when the center was fully operational it would need 2.3 million cubic meters of drinking water per year to cool its circuits, the equivalent of 13,000 homes, and would consume 1.3 terawatt hours of electricity, the equivalent to half of the dwellings in Amsterdam.

Although in December 2021 the City Council approved the plan, social hostility at the local and national level towards these investments increased. In February the Government decreed a moratorium. In March, there were municipal elections in Zeewolde and the local party that led the opposition to the project – “it was a very informed decision that we made in the end, only after we had all the data”, stresses one of its leaders – swept it away. The debate soon reached the Senate, which unexpectedly blocked the sale of a piece of land to the company because of the burden it would place on energy supplies, water resources and agriculture. In July, Meta backed down.

“Actually, it was the citizens who brought the project down, because they didn't give up even though it was approved,” says Leefbaar Zeewolde councilor Ben Sonneveld. Much of the information that ended up turning the public debate upside down came to light thanks to journalistic investigations and requests for information based on the transparency law. “Not understanding the power of these tools can derail even the most desired project,” says De Vries.

The debate is especially intense in the Netherlands due to its small size and high population density, but with the worsening of the energy crisis it has reached more countries in Europe. Ireland has just discovered that in 2021 data centers consumed 14% of its electricity, more than all its rural homes, and the projection is that in 2030 it will reach 30%. Also in France and Luxembourg there are more and more critical voices.

The answer, says De Vries, is more transparency but also more regulation at the national or European level so that the decision is not left in the hands of local authorities. “What they can do is set conditions. For example, that they use rainwater instead of drinking water, that they insulate buildings better, that they make them less ugly, that they install solar panels and that they create jobs. Because once built, they only need a couple of guards and technicians who come from the United States if something goes wrong.”

The European Commission has just launched an action plan and is going to start by proposing new information labels, similar to those on household appliances and homes, to measure their energy impact and help authorities make informed decisions. Stijn Grove, manager of the Dutch data center association, warns against "a regulatory tsunami" suffocating the sector and maintains that they are the first interested in being more and more efficient and that they do not stop improving their efficiency.

"I don't doubt it, but even so, their consumption is excessive and it is necessary to evaluate where they can be installed," replies Sonneveld. Grove despairs. The digital cloud, he says, is all of us. “We are all responsible for the digital footprint left by the services we use and digitization has an important role in achieving the sustainable development goals. Telecommuting, smartcities or efficient electrical networks are impossible without digitization and without data centers”.