The residents of the Jardinets de Gràcia in the center of Barcelona woke up with new urban furniture: kiosks with a Parisian aesthetic and posters in French. 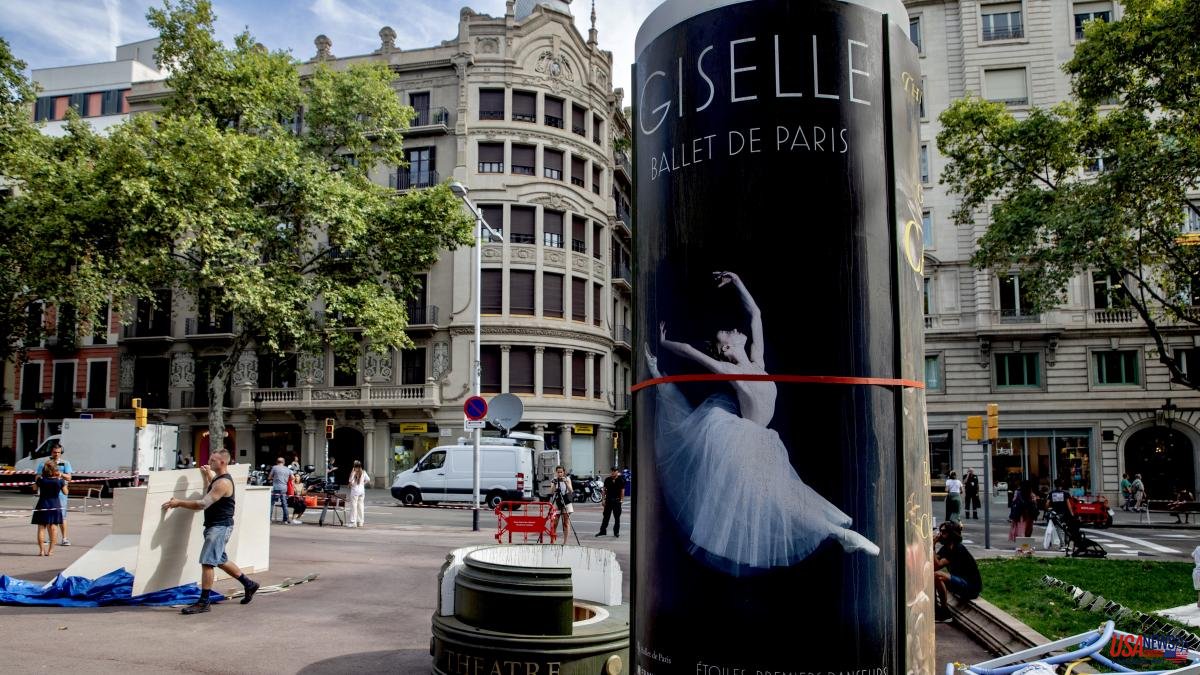 The residents of the Jardinets de Gràcia in the center of Barcelona woke up with new urban furniture: kiosks with a Parisian aesthetic and posters in French. The series The Crown had prepared the ground to film scenes for the fifth season: they had chosen Barcelona to become the Paris in which Diana lost her life. But the filming has had to be canceled due to the death of Elizabeth II, the monarch whom Netflix's historical fiction portrays.

“The Crown is a love letter to her and I have nothing more to add for now, just silence and respect. I hope we stop shooting also out of respect, "explained the creator of the series, Peter Morgan, to the Deadline portal. And his wishes have been orders in light of the cancellation of the shoot in Barcelona, ​​which had been carried out with the utmost secrecy until the appearance of the production team at the Passeig de Gràcia location.

The initial intention was to shoot this Friday and this Saturday, as the operators have informed Ser Catalunya. And, according to La Vanguardia sources, it was also planned that sequences would be shot at Francesc Macià. The British team, who were staying in a hotel in the Sarrià neighbourhood, had to move back to the United Kingdom to wait to see when and where filming would resume after the mourning process for the death of the monarch.

The fifth season of The Crown, which should initially be released in November if these setbacks do not affect Netflix's initial plans, will change the face of the queen and the Duke of Edinburgh: after Claire Foy and Matt Smith, and then Olivia Colman and Tobias Menzies, now it is the turn of Imelda Staunton and Jonathan Pryce to stage the last act of the marriage.

However, considering that the Parisian leg of Diana Spencer was to be shot, Elizabeth Debicki was expected to appear as the Princess of Wales. The Australian actress takes over from Emma Corrin, who played Diana in the fourth season. In the skin of Dodi Al-Fayed, Peter Morgan entrusted the work to Khalid Abdalla, the Scottish actor of Egyptian descent.