The Croatian artist who has to save the guitar

It is his third appearance in Spain this summer – in June he performed in Madrid and in July in Sitges – so he has not been able to avoid feeling that twinge of responsibility that comes from presenting guitar music in the land that is natural to him. 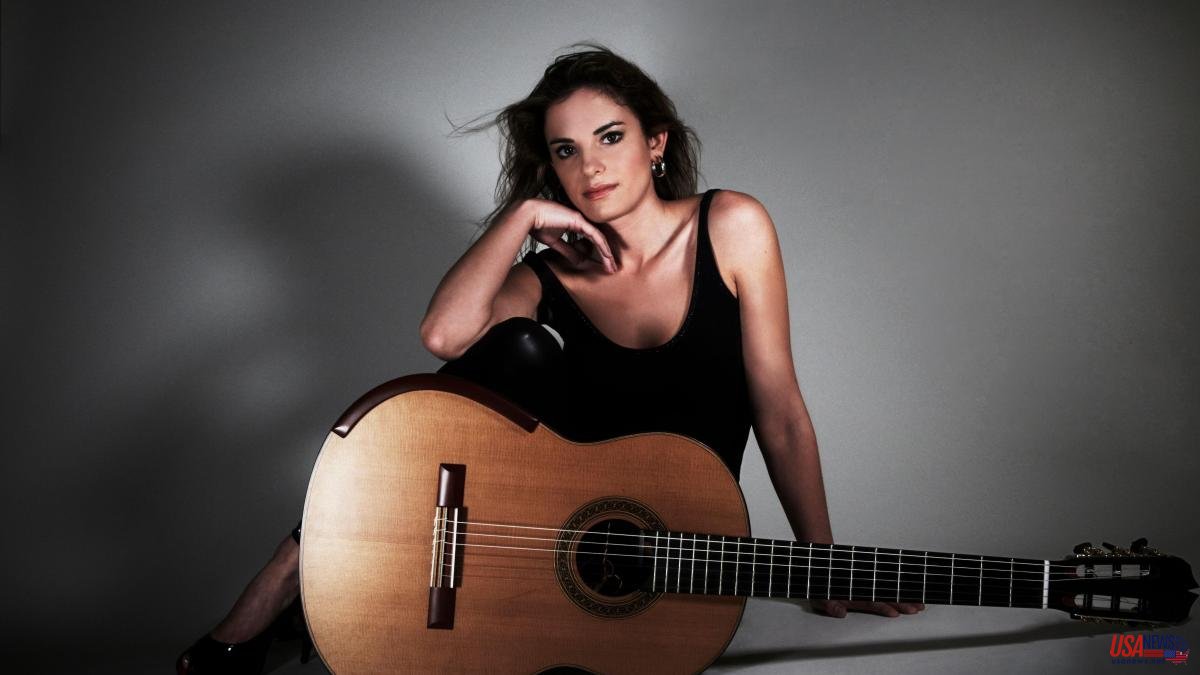 It is his third appearance in Spain this summer – in June he performed in Madrid and in July in Sitges – so he has not been able to avoid feeling that twinge of responsibility that comes from presenting guitar music in the land that is natural to him. Even more so with the repertoire of this double concert at the Cervià de Ter Festival (on Friday for the local public and this Saturday for the general public, 9 pm), which includes works by Catalans such as Tàrrega, Albéniz and Sors. The festival concludes on Sunday the 4th with the Cor Madrigal.

Classical guitarist Ana Vidović (Karlovac, Croatia, 1980) is one of the few artists who can manage to get that instrument out of the ghetto in which it finds itself stuck so that it can once again occupy its rightful place in classical programming. This is the opinion, at least, of its supporter, the president of the Camera group and supplier of the Cervià festival, Josep Maria Prat, who since 1988 programmed Julian Bream at Ibercamera “hadn't heard anything like it”.

“All of us guitarists are trying to get the instrument back into general programming,” Vidović explains over the phone. There is a lot to do in choosing the repertoire, communicating with the public... It is one of my goals, I have always felt that the guitar does not receive enough recognition”, adds this artist who, at the age of 20, flew from Zagreb to the United States looking for other inputs. She received classes from the Cuban Manuel Barrueco – “a bath of all other musicality” – and formed a life there. She today she resides somewhere between Baltimore and Philadelphia.

His childhood was well spent musically. Yugoslavia was a sum of cultures and countries, so the influences received – Bosnian, Macedonian, etc. – are endless. At five he picked up his brother's guitar – "I don't know how he managed to play it, he played twice as much as me" – and even in the midst of the Balkan war his father did not stop driving his children to class. music.

“It was painful, we were scared, but my family was lucky to escape the bombs. We heard them drop in the city (we lived on the outskirts) and the guitar kept us focused. It's important to have an outlet, and music is some of the best,” she says.

Interestingly, his father played electric guitar and bass in a band when he was young. “They would tour Europe, get on the boat and play covers here and there, from all styles of music. In fact I remember that my favorite recording was Autumn Leaves. But his dream would have been to play classical guitar. I guess his kids have made it happen for him."

The program offered at Cervià is designed to seduce the public, "respecting the culture of classical guitar". It starts with Bach – the Suite for cello no. 1 and the Partita for flute in A minor, both transcribed by Valter Despalj– and includes Giuliani and Moreno Torroba apart from the Catalans.

“Baroque music sounds very good on the guitar and Bach connects with different audiences. And Spanish music is always there. My idol is, of course, Paco de Lucía”