If Laura Borràs accepts her resignation, something that will be decided in the coming days, when she has all the information in hand, Esther Andreu will have been secretary general of the Parlament for less than a year, from July 1, 2021. 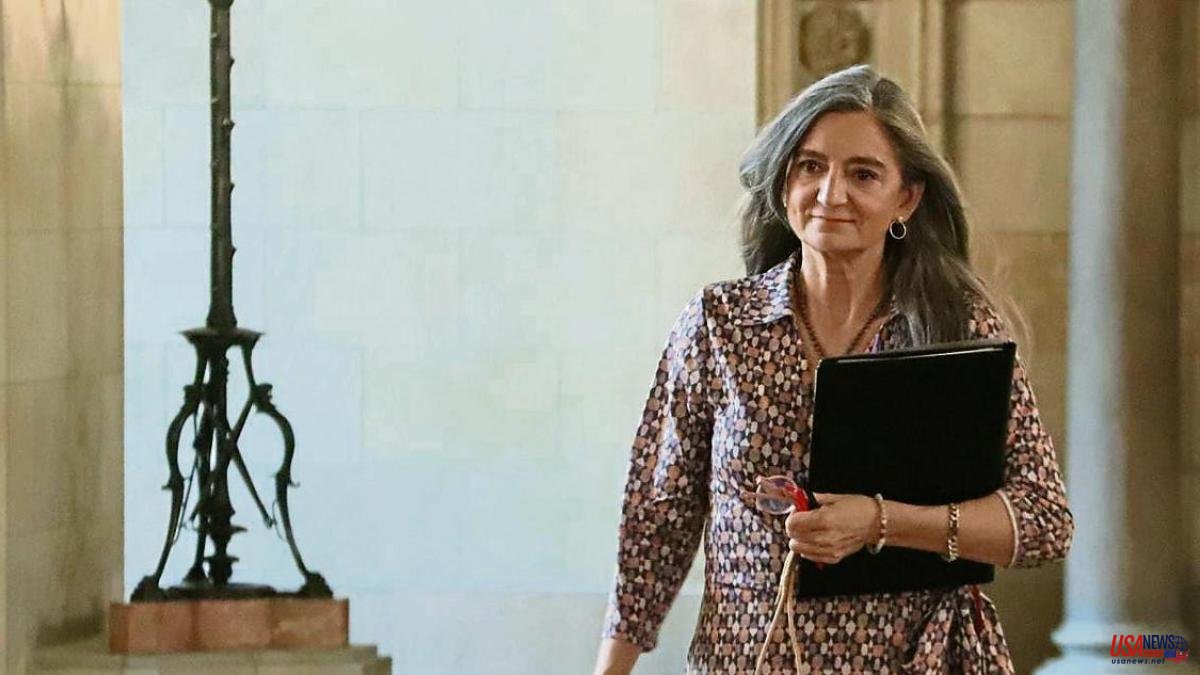 If Laura Borràs accepts her resignation, something that will be decided in the coming days, when she has all the information in hand, Esther Andreu will have been secretary general of the Parlament for less than a year, from July 1, 2021.

This transience in a position that in normal conditions should represent the parsimonious solidity of the institution denotes the internal crisis that characterizes this legislature, in which delicate files to be resolved accumulate.

The seams have been tightened to levels not seen in recent years and yesterday Andreu, who had been on the tightrope for weeks -since it became known that his son had obtained an interim usher position without her having reported that he was among the applicants– submitted his resignation upon learning that his case would go to the Anti-Frau Office.

Their situation had become untenable at the time when the Table, meeting without the presence of the lawyers and supported by an unprecedented majority that fractured the independence bloc (PSC, ERC and the CUP on one side and Junts on the other), agreed, before of the official appointment, which was delayed by more than an hour, request an external report. Just what Borràs herself had tried by all means to avoid, alleging that this would disavow the legal services of the Parliament.

The president had no choice but to give in to the pressure (five members of the Board against two) and it will be the Anti-Frau Office of Catalonia, the statutory body that rules on possible conflicts of interest in the public sector, who decides whether the selection process of the son of the general secretary, who was fourth in the pool of interim workers, complied with the regulations or if Andreu, who said he had "verbally" refrained, should have informed Borràs by formally presenting his abstention, as established by the law of Legal Regime of the Public Sector, in its article 23, for cases in which there is a "blood relationship" with any of the interested parties.

Therefore, the comings and goings of documents to defend the management of the general secretary were useless, who after an initial exculpatory statement presented an internal report, prepared by one of the lawyers of the Chamber and his subordinate, which concluded that the The contest had been carried out “without invalidating vices or defects”, despite acknowledging that “procedural acts not foreseen in the bases but justified and reasonable” had been issued.

First, the socialist members of the Bureau and then those of the ERC and the CUP showed their disagreement and totally disassociated themselves from the procedure. And although the human resources department of the Parliament also mediated in the lawsuit, in the end the majority thesis of requesting an external report and that an independent body resolve this thorny issue prevailed, which has revived not only political tensions but also those between the lawyers of the Chamber, immersed in a "very unpleasant environment" and at times "very aggressive", according to various parliamentary sources.

Some members of the Table understand that Borràs's strategy was to “cover up” the ushers' file by appointing another three, the next ones on the list, so that they could not appeal the appointment of Andreu's son. A route that was rejected by all except for the two representatives of Junts so as not to contribute to the "discredit of the institution".

Now, parliamentary sources point out, the will is for this entire public procurement process "to close well". And for this, the last word will be held by the Antifrau Office.