The crisis in Portugal worsens with two ministers on the ropes

The unexpected crisis of the majority Portuguese socialist government has worsened with the fall of the Secretary of State for Agriculture, Carla Alves. 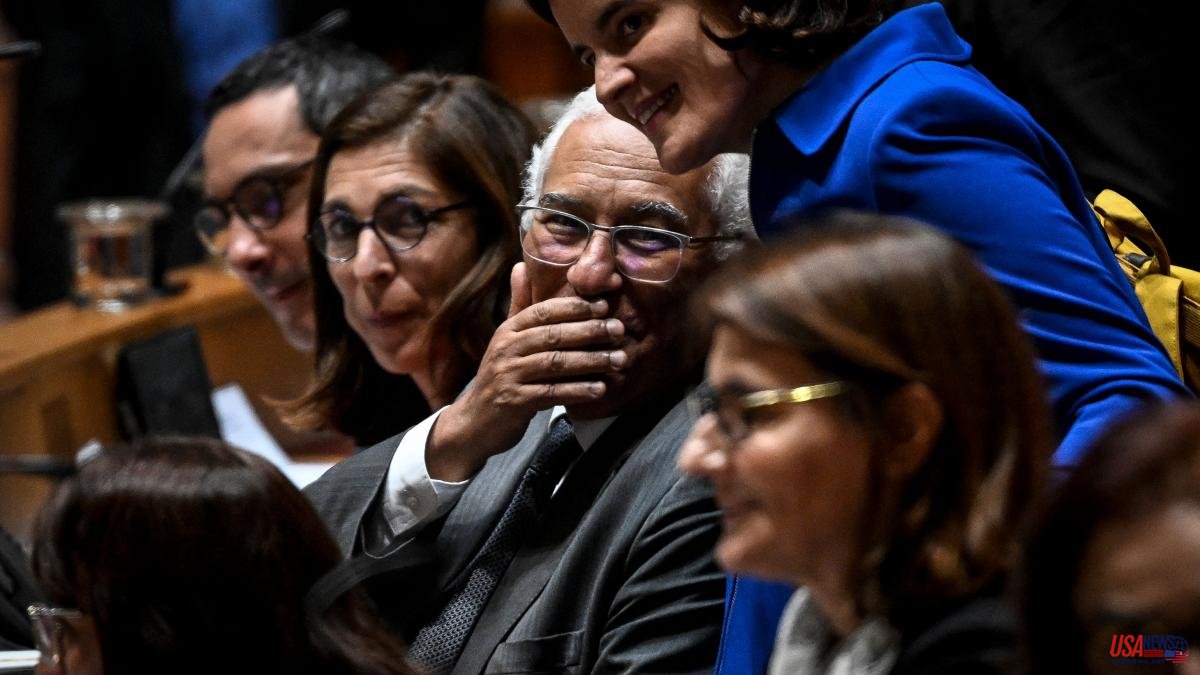 The unexpected crisis of the majority Portuguese socialist government has worsened with the fall of the Secretary of State for Agriculture, Carla Alves. She had to leave her post 26 hours after her appointment as she appeared involved in a corruption case in which her husband is implicated. After the casualties last week of two other State Secretaries and, above all, that of the once all-powerful Minister of Infrastructure, Pedro Nuno Santos, now the head of Agriculture, Maria do Céu Antunes, and the Minister of Finance are on the ropes. Fernando Medina, very close to Prime Minister António Costa.

The non-existence of the constructive motion of censure mechanism such as the Spanish one allows in Portugal to formulate them easily. Thus, with its eight deputies, Iniciativa Liberal was able to present one on the government crisis that was debated on Thursday afternoon. For four hours Costa defended, according to the available data, the continuity of the Secretary of State for Agriculture.

In the morning, Correio da Manhã had published that Alves has accounts with undeclared income, which were detected in the framework of the investigation against her husband, former mayor of Vinhais. The prime minister appealed to feminist arguments to point out that it would be outrageous for her to dismiss her for what her husband did, although she would dismiss her if it was known that she had violated "republican ethics."

Shortly after, the President of the Republic, the conservative Marcelo Rebelo de Sousa, described the Secretary of State for Agriculture as a “negative political weight”. Carla Alves immediately resigned. Thus continued the carousel of casualties of this government that took office in March after the elections on January 30, from which two ministers and ten secretaries of State have already fallen. This position in Portugal is highly relevant, due to the enormous weight of the central administration, since only the town halls are below it.

Did Minister Antunes know about the situation Alves was in due to her husband's case when he appointed her Secretary of State? The Lisbon newspaper Público reported yesterday that it was, because Alves would have informed his boss. The ministry issued a statement that does not clarify anything. There are analysts who consider that if he did not know, it would also be very serious, since after the TAP scandal – the flag airlines – it was necessary to be extremely rigorous in appointments. The Minister of Agriculture now appears as the weakest link in the Portuguese government crisis.

But the most important battle is the one that Finance Minister Fernando Medina is waging for his survival. The opposition asks for the head of Medina for having appointed the former administrator of the TAP Alexandra Reis as Secretary of State for the Treasury, who received compensation of half a million euros from the bankrupt public airline.