The creator of Dalí's eggs

Next year it will be forty since the 16 giant eggs and 1,300 loaves of bread were placed in the Galatea Tower in Figueres according to the design and instructions of Salvador Dalí. 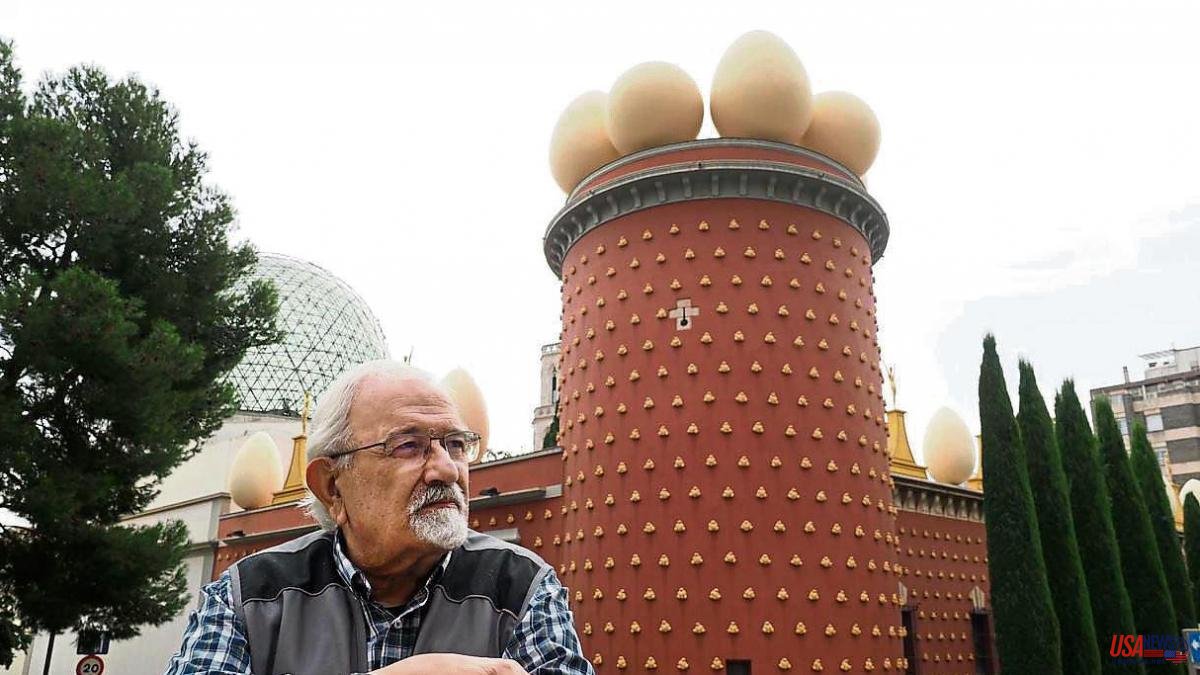 Next year it will be forty since the 16 giant eggs and 1,300 loaves of bread were placed in the Galatea Tower in Figueres according to the design and instructions of Salvador Dalí. But the executor was the industrialist from Figueres Bartomeu Toledo, better known as Tolín, specialized in polyester work.

“I started working for Dalí in 1974, when his assistant Pedro Aldámiz asked me if I could make him, with the utmost urgency, a perspex box to take to Madrid a sculpture of a Chinese princess made with integrated circuit boards, which today it can be seen in the Figueres Theater-Museum”, explains Tolín. “We succeeded and Dalí's response was: 'Plàstics has worked'. He always called me that more."

Then came other orders. “He asked me to make the hands of the dummy-driver of the Cadillac that he placed in the courtyard of the museum. I asked him to put his hands inside two silicone cubes to make the mold and he did it”. About the Cadillac, remember the day the star Tania Doris came to the museum, and she made her get into her car. Dalí was like a child, and when no one was looking, he put a coin in the device that makes it rain inside the car. Poor Tania was soaked and she left angry. And Dalí, hiding...”.

Now retired, Tolín, when he walks through the museum, recalls many anecdotes. Like that day when Dalí left him the figure of a Christ that he had made in wax. “I put her inside the van, and with the heat she disfigured a bit. He didn't know how to tell him, but when he saw him, he commented: "Perfect, don't touch anything." Today this very twisted Christ can still be seen in the museum.”

His most important work was the 4 meter high polyester eggs placed on the façade of Torre Galatea. He acknowledges that they do not have the real color or shape of the eggs because, due to a matter of perspective, they had to be more slender and because Dalí first wanted them in metallic gold and later he wanted them in “burnt sienna”. Before, Dalí had already had plaster eggs placed on the roof of Portlligat, first and later polyester. “He also asked me for half a dozen eggs for a performance at the Meurice hotel in Paris. These eggs had a mechanism by which they opened from the inside if someone pressed with their feet. But it happened that a girl got nervous because she didn't open up to him, when the egg moved she began to roll and fell down the stairs. The egg broke and the chick was able to emerge, luckily, unharmed.

For the Torre Galatea breads, they used cruston loaves from a nearby bakery as a mold. “The first ones we made of polyester but people took them as souvenirs and we ended up making them of concrete, with iron inside, so that if they are torn off, they disintegrate. At first everyone criticized that façade and now it is like another work by Dalí”

The last work of Plàstics for Dalí were the tears that hang from a boat located on top of a column of tires. Dalí's instruction was: "Let them have the shape of condoms filled with water." And they do it like that. He also remembers ideas that Dalí had explained to him and that were not carried out, such as the organ that had to activate the north wind; an egg hanging from a chain, under the dome, like a sarcophagus, and some eggs in the form of mirrors for the entrance to the Torre Galatea. He “said: ‘Only those who do not distort their image when passing by will be able to enter. He was a hooligan”.