Setting up a chamber music festival in the south of Catalonia was, until recently, something unusual. 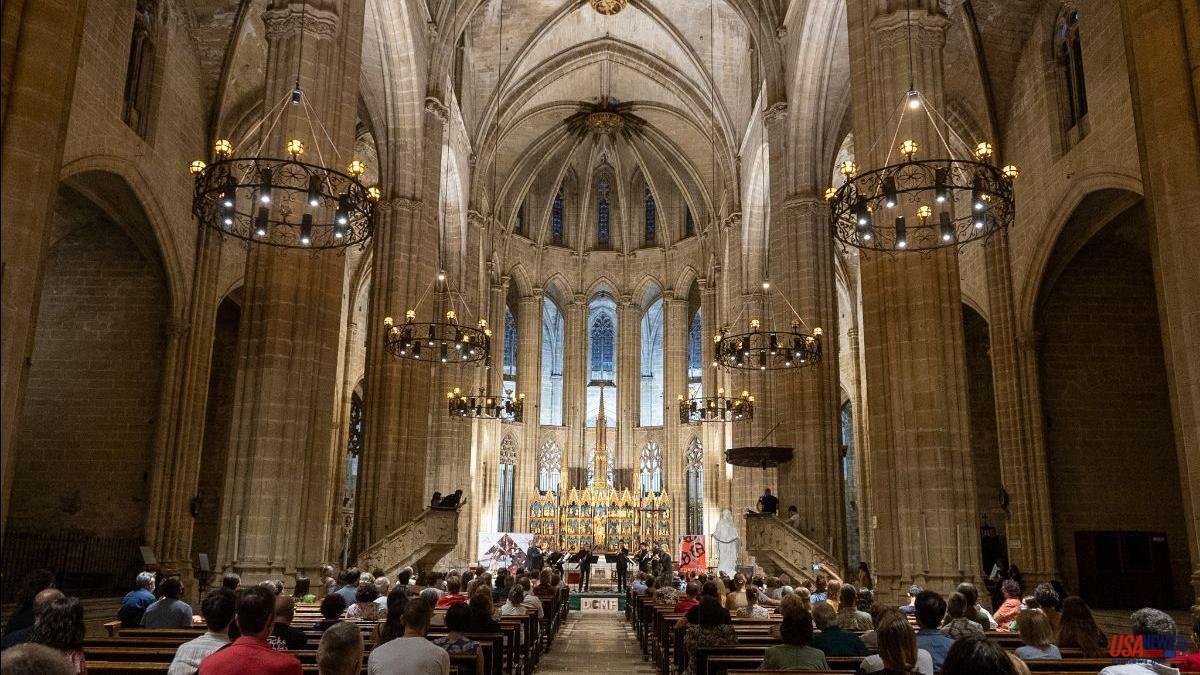 Setting up a chamber music festival in the south of Catalonia was, until recently, something unusual. Nothing like it existed when the DeltaChamber asked for passage seven years ago. And there is still nothing like it. The initiative arose from two Ampostino clarinettists, Laura Ruiz and her nephew Pau Rodríguez, who, having left the country to make their passion a profession, returned to Les Terres de l'Ebre for vacations and lamented that it was a wasteland when it came to classical .

His first idea was to occupy emblematic places. Raise a grand piano where it was needed. In fact, during the pandemic, when circumstances forced the concerts to be held in the open air, an architect designed a ramp for them all to raise the piano to the Amposta Town Hall square.

The second municipality they attended was Tortosa. They held beautiful concerts in the cathedral but this year "the issue of permits and insurance has become complicated", so the City Council has given them the city museum on the banks of the Ebro, in the Antic Escorxador modernist building. The novelty is that Ulldecona (with concerts at the Orfeó Ulldeconenc), Flix (Church of Santa Maria) or Deltebre (Finca de Bombita) have been incorporated into the DeltaChamber al Territori project for the 7th edition – until the 7th.

The proximity of Deltebre Dansa, Roberto Olivan's project that has amazed the region, was very inspiring for Ruiz. “She left me impressed, how could it be that in Deltebre there were all those people, international teachers and such a professional staging”, confesses the clarinettist. It was thus that she decided to write a project and present it to the municipality. The reception was lukewarm, the typical "we'll think about it", but she was given the green light.

At first, designing the festival without money required a sharpening of ingenuity and, like Olivan, Ruiz made use of colleagues from abroad. “I often go on tours with international orchestras or chamber festivals in Europe and America, and what I did was invite them to come to the Delta, to live an experience, eat excellent rice, go to the beach, experience incredible nature and be with me.

The first years played for free. Now we already have some fees, although they are very limited”. The festival's budget, 60,000 euros, allows them to bring eleven musicians this year for 30 concerts. They include the concertmaster of the Bavarian State Opera, two members of the Austrian trio Alba, the cello of the Eliot Quartett or the sisters Anna and Laia Puig, the first of them, viola soloist at the Camerata Bern (Switzerland) and member of the prestigious Mahler Chamber. "And I'm bringing Chengcheng Zhao, a Chinese pianist that I met in Colombia and who is a professor at the Graz University of Music (Austria)," adds Ruiz.

“At first we didn't know how it would be received, but tickets have always sold out. And a lot of young people wanted to come play, so we thought of creating an Academy.” Hence, from being an appointment of 4 or 5 days it has gone to 15: last week it was for youth concerts and the one that begins, for the festival itself. And there are not only chamber concerts but individual ones, for a single person. Today, for example, one is celebrated in the recovered Celòquia del Castell, in Amposta.

Ruiz's is the story of so many musicians from those lands. “I was in the Lira Ampostina, but soon I went abroad – he says –, to London, Switzerland and Berlin. I auditioned and was taken as first solo clarinet at the Komische Oper. Now I have won a position as professor of clarinet at the Higher School of Frankfurt, which is incompatible with another public position such as that of the orchestra”, he comments, but not with that of soloist at the Oxford Philharmonic...

And it ends: “In Amposta each family has a musician, but in a band, in a more amateur format. That kind of chamber music didn't exist because the professionals who had left hadn't come back”.