The controversial treatise Considerazioni Astronomiche, written by a certain Alimberto Mauri, was published in Florence in 1606 with the approval of Paolo Vinta, first secretary of the Grand Duchy and brother of Belisario, a politician from Volterra (Tuscany) and attached to the Medici family. 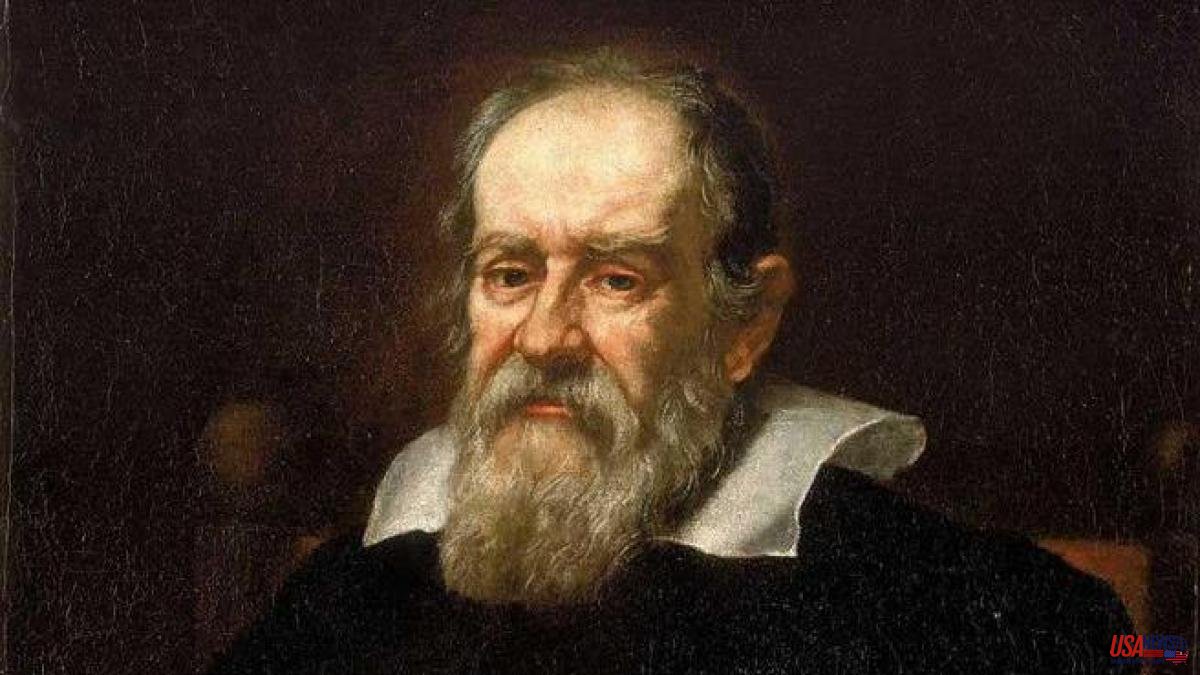 The controversial treatise Considerazioni Astronomiche, written by a certain Alimberto Mauri, was published in Florence in 1606 with the approval of Paolo Vinta, first secretary of the Grand Duchy and brother of Belisario, a politician from Volterra (Tuscany) and attached to the Medici family. .

Among his most outstanding arguments appears the hypothesis of the existence of mountains on the surface of the moon, the idea that physical causes are the real reasons to explain the regularity of celestial phenomena whose movements apparently follow non-uniform paths and the criticism of who reject astrology without having the necessary knowledge.

As soon as the book came out, the first doubts about its authorship already appeared. Fortunio Liceti, a professor at the University of Padua (the same one where Galileo Galileo worked), referred to Aliberto Mauri as someone who “pretended” to be an astronomer, although he could very well have been an expert mathematician.

Four centuries later, a researcher from the Ca' Foscari University of Venice has examined original documents preserved in the National Central Library of Florence and has been able to confirm that the astronomical treatise was actually written by the illustrious Pisa mathematician Galileo Galilei.

Doctor Matteo Cosci found important information among the handwritten fragments Delle cose che stanno su l’acqua. These notes were taken in different periods of time and on different topics, including some references to the stella nova that appeared in 1604 and that diverge from the interpretation of the Florentine philosopher Lodovico Delle Colombe, who ruled out that it was a new star.

Galilei's brief notes on the "new star" were collected together with others on floating bodies because they were directed against the same opponent. And that's when Dr. Cosci noticed that, on the front of page 31, there was a list of "places where [Lodovico Delle Colombe] speaks of me with contempt."

The Ca'Foscari researcher noted that those "places" were actually precise references to some selected textual passages from Risposte (Answers), written by Delle Colombe. What is surprising is that these passages did not attack Galilei (who is not even mentioned), but they did focus on Alimberto Mauri.

The fact that Galileo Galilei felt personally "attacked" every time someone messed with Mauri would confirm that this is his alter ego. "In a nutshell, in these private notes Galilei himself reveals his true identity and hides behind the pseudonym," explains Cosci.

At the beginning of the 17th century, the famous mathematician, who would later be tried by the Inquisition, was working successfully in Padua. But his salary no longer fit his own needs and his family's requirements. Hence Galilei published this treatise in an attempt to find patronage beyond Venetian borders, especially in Rome.

In fact, the book was dedicated to none other than the Pope's Treasurer. Those, however, were the years of the Venetian interdict (a diplomatic dispute between the papal Curia and the Republic of Venice), so it would not have been wise for Galileo Galilei to put his name on a treatise dedicated to the public enemy.

Nor was this the first time that the scientist used pseudonyms. He had already participated, with the help of one of his students, in a debate on the same new star under the pseudonym Cecco da Ronchitti. In fact, Lodovico Delle Colombe indirectly addressed Galilei as Signora maschera (meaning Lady Mask), Mauri, Cecco and quel dottor che leggeva in Padova (meaning "that professor who was in Padova").

Later, Delle Colombe wrote his Risposte with Galilei in mind, but hesitant to openly identify his adversary. This also contributed to the general feeling of uncertainty about authorship. Another note discovered by Cosci shows that Galilei wanted to reply to Delle Colombe, but concluded that the opponent was not worth his time.

The dispute between the two, however, continued and intensified during the first years of Galilei's stay in Florence, when the use of a pseudonym for the then famous author of the Sidereus Nuncius was no longer necessary.

Once the Consideration astronomiche was attributed to Galileo Galilei, it has been seen that the treatise shows textual similarities with other writings of the mathematician such as De Motu, Consideration circa l'opinione copernicana and Dialogo di Cecco da Ronchitti, as well as with a stub in his copy of the text by Delle Colombe on the new star.

Dr. Cosci points out that the astronomical treatise is written by an unusual but recognizable Galilei during a transitional phase in which he was seeking new patronage and trying to refute more retrograde Aristotelian principles, just a few years before his discoveries with the telescope led him to move to Florence and make him famous throughout the world.

Until now, the only document that had linked Galilei to the Libro della Considerazione Astronomiche was a letter allegedly signed by the scientist from Pisa and which was discovered a few weeks ago to be a hoax carried out by the forger Tobia Nicotra at the beginning of the 20th century.