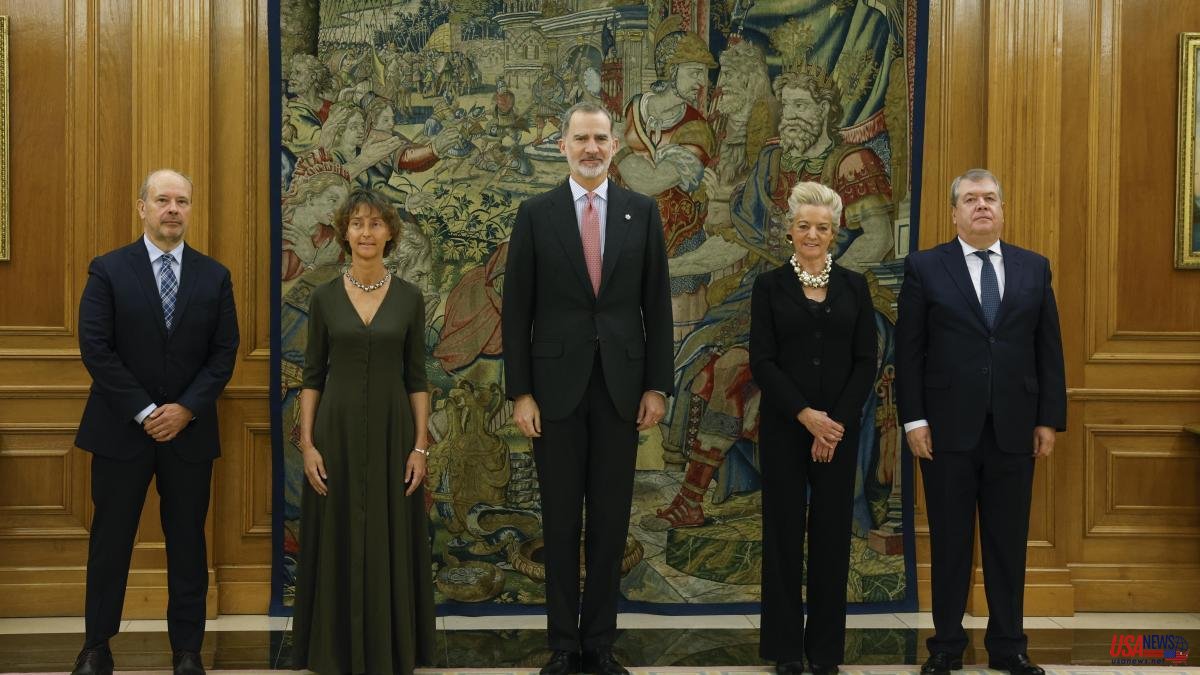 The partial renewal of the Constitutional Court will take place today, when four of the new magistrates –Juan Carlos Campo, Laura Díez, María Luisa Segoviano and César Tolosa– take office. In addition, it is expected that the new court, with a progressive majority, will convene its first plenary session on Tuesday to choose a new president and vice president.

On June 12, the mandate of a third of the magistrates expired, those that the Constitution mandates to appoint the Government and the General Council of the Judiciary (CGPJ) in equal parts: Pedro González-Trevijano and Antonio Narváez, appointed in their day by the executive of Mariano Rajoy; and Juan Antonio Xiol and Santiago Martínez-Vares, who were nominated by the governing body of the judges.

In his place will be the former Minister of Justice, Juan Carlos Campo, and the former high office of Moncloa Laura Díez, proposed by the Government in November; as well as María Luisa Segoviano, former president of the Social Chamber of the Supreme Court (TS), and César Tolosa, until now president of the Contentious-Administrative Chamber of the TS, who were nominated by the Judiciary in its extraordinary plenary session of December 27. The four candidates were already sworn in or promised the position before the King on December 31, after the Plenary of the TC gave them the 'placet'.

When they take office, there will be a change in the balance of power on the high court, as it will go from a conservative majority – from six magistrates to five – to a more comfortable progressive one – from seven to four. However, the position of one of the magistrates appointed by the Senate is still vacant, due to a resignation last summer for health reasons.

In addition, there is the circumstance that two of the outgoing magistrates, Pedro González-Trevijano and Juan Antonio Xiol, hold the Presidency and Vice-Presidency of the TC, respectively, so the new holders of these positions will have to be elected. It is expected that the most senior magistrate, Ricardo Enríquez, will assume the presidency on an interim basis to convene a first plenary session where the president and vice president will be voted on.

Until now, the two names that have emerged to preside over the Constitutional are those of Cándido Conde-Pumpido and María Luisa Balaguer, both of the progressive wing.

In the last week there have been informal contacts to test the ground, but the sources of the court of guarantees consulted by Europa Press assure that it will not be until after the inauguration when both blocks, progressive and conservative, meet to launch candidates formal.

The sources emphasize that the newcomers will be "determinant" to tip the balance, hence the importance of the negotiations that take place once they have taken office. The vote will be secret and will require an absolute majority but, if there is no 'white smoke', a second vote will be carried out, which will be resolved by simple majority.