The Constitutional Court released the order yesterday with the arguments why the majority of the plenary session, six conservative magistrates, decided to paralyze a parliamentary process, as requested by the PP, to avoid the approval of an amendment that sought to change the system of election of the own magistrates of the court. 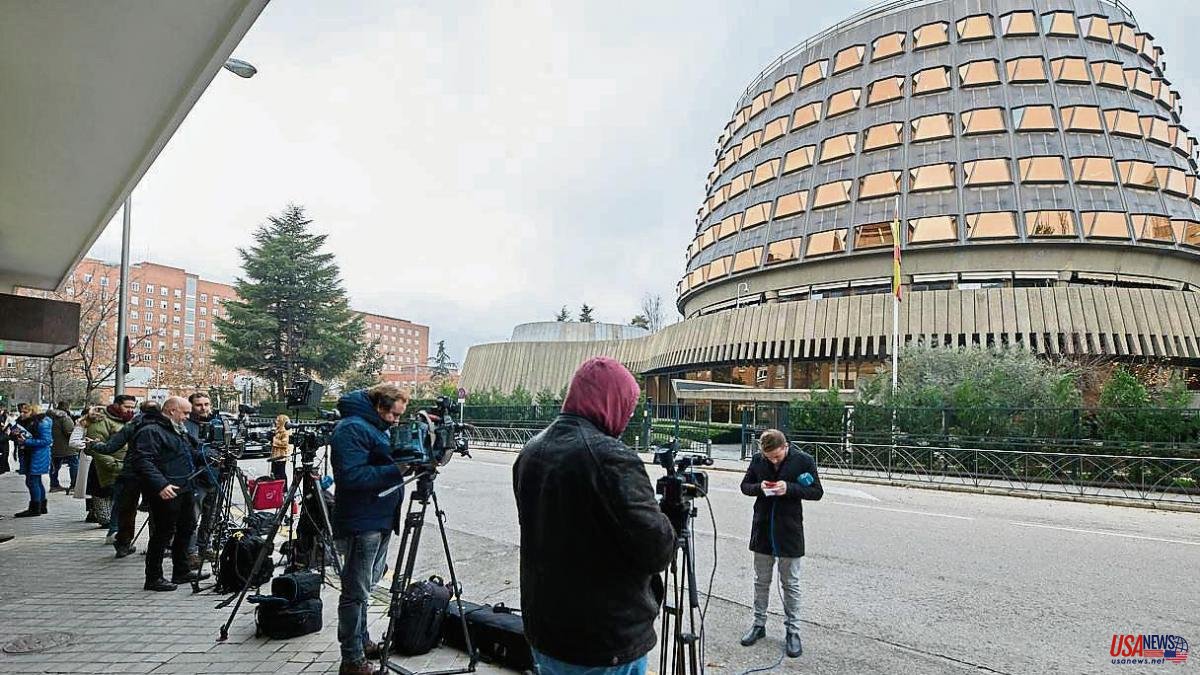 The Constitutional Court released the order yesterday with the arguments why the majority of the plenary session, six conservative magistrates, decided to paralyze a parliamentary process, as requested by the PP, to avoid the approval of an amendment that sought to change the system of election of the own magistrates of the court.

This decision, of great importance to the extent that it sets a precedent, was applauded by popular supporters and seen as an unacceptable interference by the government and its allies.

The order justifies this interference when it affirms that the court is the "ultimate guarantor" of the Constitution and has the "possibility of limiting the legislator's ability to act when it exceeds the constitutional margins", something that, in his opinion, occurred in the process. of this reform in which the "integrity of the legislative procedure" was put at stake, affecting the rights of the parliamentarians of the Popular Party.

On the contrary, five of the eleven magistrates opposed the suspension of the deliberation. In their individual vote, where they expressed the arguments contrary to the majority, the magistrates Cándido Conde-Pumpido, Inmaculada Montalbán and Ramón Sáez, accused the majority of the court of "altering the fundamental principles of our parliamentary democracy, as well as the design of our constitutionality control system” for having estimated the very precautionary measures requested by the PP and paralyzed the deliberation. In fact, they consider that with this decision a "hardly bearable political burden" was thrown on the court, which has led to a division into two blocks of the members of the plenary session of the court. All of this "transfers to public opinion an image of mimicry or following of the parliamentary confrontation and the partisan political conflict."

For this minority, apart from understanding that with this decision the foundations of parliamentary democracy have been distorted, they have entered the political game of the appellants, in this case the PP. For this reason, in his opinion, the court should have acted with the utmost caution, without haste or urgency. "The position that we have defended from the minority of the plenary session is not based at all on reasons from politics, but on reasons proper to law," they affirm.

The conservative majority understood the opposite, and this is expressed in the order approved by the plenary session of the court by six votes to five.

The order explains that the exceptionality of the matter, and for what it was necessary to intervene, was marked by the very speed that was carried out in the parliamentary process and by maintaining that the consequences of the reform were "irreversible".

Likewise, the conservatives answer the argument that the court had never previously intervened in a procedure and recall a similar event in Parliament at the time of the process when the Transitory Law was suspended. The case is not identical, they acknowledge, but "the absence of an identical precedent does not prevent this court from adopting the precautionary measure, provided that the necessary requirements for it are met."