The Consolat de Mar begins the celebration of its 750 years

Even though it is one of the oldest Catalan institutions, it is one of the most unknown, and this year it celebrates no less than 750 years, or three-quarters of a millennium, as they point out. 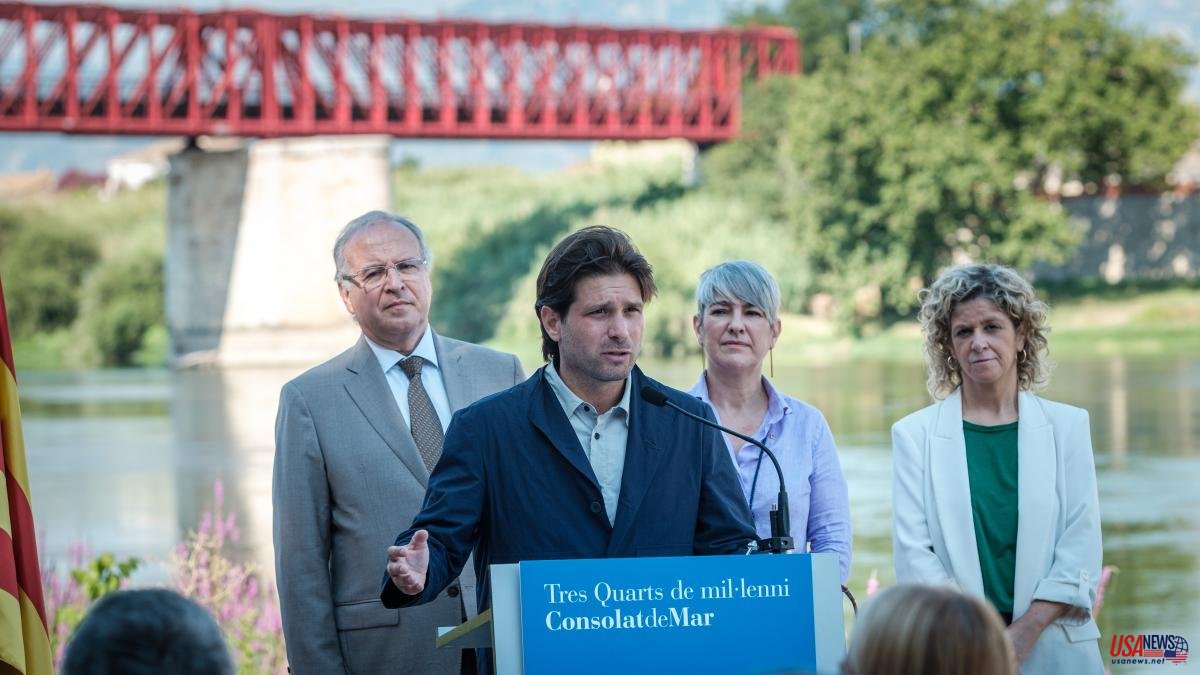 Even though it is one of the oldest Catalan institutions, it is one of the most unknown, and this year it celebrates no less than 750 years, or three-quarters of a millennium, as they point out. It is the Consolat de Mar, born in the middle ages, and although the date is not clear, this year has been chosen to coincide with the same anniversary of the Llibre de les costums de Tortosa, the legal treaty that governed this city since 1272 and where they are for the first time the Costums de mar that were the basis of the Consolat de Mar, a network of commercial delegations extended in the Mediterranean when the Crown of Aragon was the great maritime power.

For this reason, it was on the Tortosa pier where the commemorative acts were presented yesterday to try to make the Consolat de Mar – today part of the Chamber of Commerce of Catalonia – present in the Catalan collective imagination. The Minister of Justice, Lourdes Ciuró, assured that the Tortosa Costums are “the first legal body written in Catalan”, and the Llibre del Consolat de Mar becomes “the first international trade code and the basis of current maritime legislation” . Ciuró described the Consolat de Mar as a "pioneer in promoting mediation", that is, to avoid prosecution. The mayor of the capital of Baix Ebre, Meritxell Roigé, recalled the value of these customs as "a fundamental tool for resolving conflicts and relationships between people and institutions".

For his part, the Senior Consul, Jordi Domingo, described the entity, citing Ramon Tremosa, as "Catalonia's greatest contribution to the history of humanity", due to its importance as a "forerunner of alternative conflict resolution systems". , “a Catalan brand more recognized in the international legal world than here”. It must be taken into account that the Llibre del Consolat de Mar was in force as a commercial code until the beginning of the 19th century, and even in 1908 a New York sentence was based on "not respecting the uses and customs of the Llibre del Consolat de Mar from Barcelona". The network extended to up to 80 consulates in the Mediterranean and 120 in the rest of the world.

The commissioner of the commemoration, Marçal Girbau, detailed some of the planned actions, which will begin with the opening ceremony on October 24 in Tortosa and will continue with an interactive and educational exhibition – first at the Llotja de Mar in Barcelona, ​​then partially itinerant. , as well as a documentary directed by Lluís Danés, the creation of a video game, several university symposiums and a gastronomic action with chefs from Valencia, the Balearic Islands and Catalonia (Sergi de Meià for the Principality, the other two yet to be determined), since the Consolat promoted free trade and the exchange of culinary ingredients. Girbau also pointed out that some acts still have to be closed, and that work is even being done on the commemoration of the first opera that was performed in Barcelona, ​​at the Llotja de Mar in 1708, in the midst of the War of Succession.