The General Council of the Judiciary (CGPJ) is moving further and further away from meeting the date of September 13 to designate the two magistrates that it must appoint for the Constitutional Court. 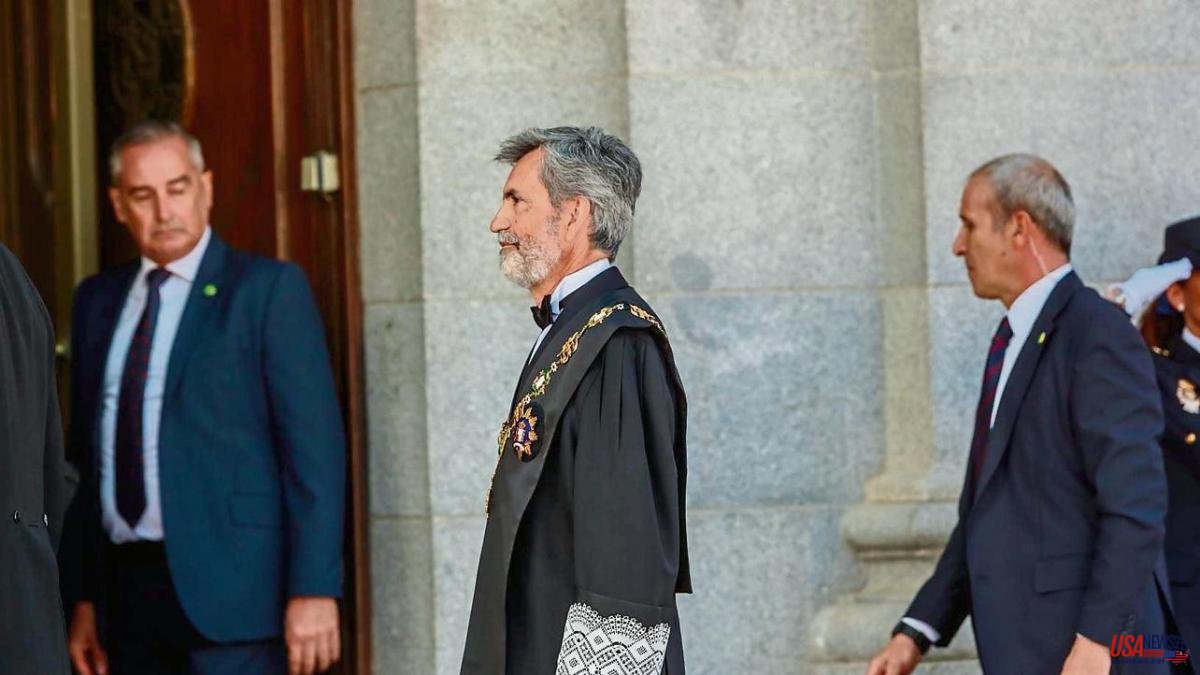 The General Council of the Judiciary (CGPJ) is moving further and further away from meeting the date of September 13 to designate the two magistrates that it must appoint for the Constitutional Court.

Since July, the members had been summoned to an extraordinary plenary session that was held yesterday. However, in all this time they have not been able to agree between the progressive bloc and the conservative two consensus names.

In yesterday's plenary session it became clear that a group of members, from the so-called conservative sector, is not in a hurry to appoint these two magistrates, after considering that it is the consequence of a maneuver by the Government for its own benefit, since the appointment of these magistrates would allow change the majority of the court of guarantees that would have a progressive majority. This is so because when the Council appoints its two magistrates, the Government will be able to appoint another two and the balance in the Constitutional Court will change.

From the four-hour meeting held yesterday, the only thing that was clear from the plenary session was some procedural rules to proceed with the appointment of the two magistrates if it were to take place.

The idea of ​​the Council is not to convene a new plenary session until the names have been agreed upon. However, it is possible that the progressive judges will ask President Carlos Lesmes to convene another meeting before the deadline of the 13th – that five magistrates request it is enough – if they suspect that the conservatives have no intention of putting on top of the table a consensus name. At a minimum, the debate would be forced and it would be clear that the judges are not going to comply.

Until this same Tuesday, eight of the twenty members were clear that the term set by the new norm approved by Congress to appoint the magistrates of the Constitutional Court would not be reached. These magistrates do not reject making these appointments, but consider that what was approved by Congress with the successive reforms of the law of the Judicial Power imposes unacceptable limitations.

Carlos Lesmes, the president of the Council assured on Wednesday at the opening of the judicial year that if the blockade raised by the PP is not resolved and the powers severed in the successive reforms promoted by the Government are returned, he will present his resignation.

And the truth is that if none of the scenarios is fulfilled and Lesmes ends up resigning, this group of members, more reluctant to comply with the new rule, will do everything possible to prevent the Council from appointing the two Constitutional magistrates.

This is maintained by sources from the Council, who warn that if the Government allows Lesmes to resign without taking the necessary measures so that this does not happen, a part of the Council will act accordingly and will not facilitate the fulfillment of the Executive's claims.