The plenary session of the Consell approved yesterday, for its submission to the Sindicatura de Comptes, the Account of the Administration of the Generalitat Valenciana in 2021. 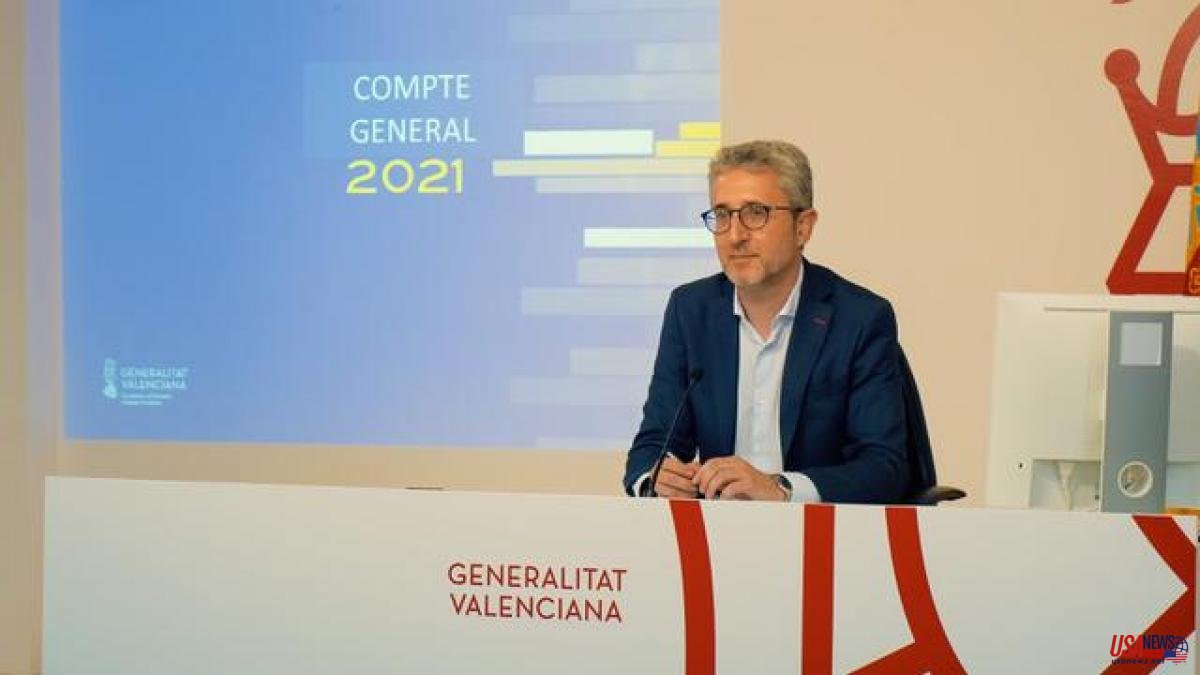 The plenary session of the Consell approved yesterday, for its submission to the Sindicatura de Comptes, the Account of the Administration of the Generalitat Valenciana in 2021. And the balance presented leaves a total of 13,645 million euros, "especially to face the impact of the COVID-19”, as pointed out by the Minister of Finance and Economic Model, Arcadi Spain.

Throughout 2021, the transfers and subsidies granted by the Consell (current transfers and capital transfers) to increase economic support for the most vulnerable families and strengthen the social shield and guarantee the solvency and viability of the affected businesses, reached 7,382 million euros, 1,120 million more (17.87% more) than the aid registered in 2020, when they reached 6,263 million euros.

Among these subsidies, explained Spain, are all the aid from the Consell included in the Resistir Plan, or the 312 million direct aids from the Resistir Plus Plan to more than 16,000 businesses; but also others of ordinary management such as dependency aid and the Valencian Inclusion Income or the bonus that includes the IVF financing lines.

On the other hand, the Consell has also received a record number of transfers, mainly from the State (ordinary transfers and extraordinary fund COVID-19 2021) and the European Union, through the FEDER and FSE operational programs and the funds of recovery MRR and React EU, which has increased its amount one more year to 4,232.4 million euros.

This figure represents 40.6% more than in 2020 and 193% more than in the pre-pandemic stage, when the Generalitat Valenciana entered 1,446 million in transfers from the State and the European Union.

However, if the data from the last decade (2011-2021) is taken into account, the economic-asset result (with slight methodological differences) of the Generalitat has improved by 82%, going from a negative result of -6,648 in 2011 million euros to the current -1,200 million, which reflects "the Consell's effort to clean up the regional accounts despite the difficulties arising from the pandemic and under-financing", they explain from the Ministry.

In addition to the economic-patrimonial result, the Administration Account also includes the balance sheet, which includes all the goods (assets) and debts and patrimony (liabilities) of the Generalitat and which in the current financial year amount to 22,124 million euros, a figure that represents an increase of 11.72% compared to the previous year.

Financial expenses have decreased last year by up to 64.5 million euros, which represents a reduction of 15.5%. However, this decrease has occurred steadily in recent years and, in fact, since 2019, financial costs have been practically halved, registering an amount of 612.5 million euros in the last year before the pandemic. .

In 2021, the Generalitat Administration as a whole registered a total of 11,207 million euros in financial rights (chapter 9), of which 8,992 (80.23%) corresponded to loans received through the FLA; 650 million from the advance of React-EU resources; and 1,565 million (13.96%) correspond to operations with different private entities, most of which as a result of FLA refinancing operations that have already allowed savings of more than 120 million euros for the coffers of the Generalitat , of which 38.45 correspond to operations carried out in 2021.

Regarding net recognized obligations, or budget execution, the General Account reflects that the Consell has closed the year with a total execution of financial and non-financial expenses (Chapters 1 to 9) of 27,773.55 million euros, 6.66 % more (1,734 million) than in 2020.

Specifically, the budget expenditure of practically all chapters increased, with the exception of Chapter 3, financial expenses, which continued its downward trend. Thus, the increase in resources allocated to personnel is significant (Chapter 1), which during the second year of the pandemic has increased by 360 million, 5.45% more than in 2020, mainly due to the reinforcement of personnel in Health ; Education and Social Services to deal with COVID-19 and that have caused investment in personnel to come close to 7,000 million (6,962.27 million) for the first time.

“Social spending, that is, spending on the social areas of Education, Health, Social Services, Housing and Employment, already reaches a total of 16,429.7 million euros, which means that every day in the last year the Consell has spent 45 million euros to improve the lives of Valencians through social policies, employment promotion and quality public services", said the Minister of Finance, Arcadi Spain.