The congratulations of Joan Laporta to Leo Messi

Leo Messi closed his stage of more than two decades at Barça in the summer of 2021, abruptly and bitterly, but from the Barcelona club they continue to remember 'the flea' and after the Argentine conquest of the World Cup it was no exception. 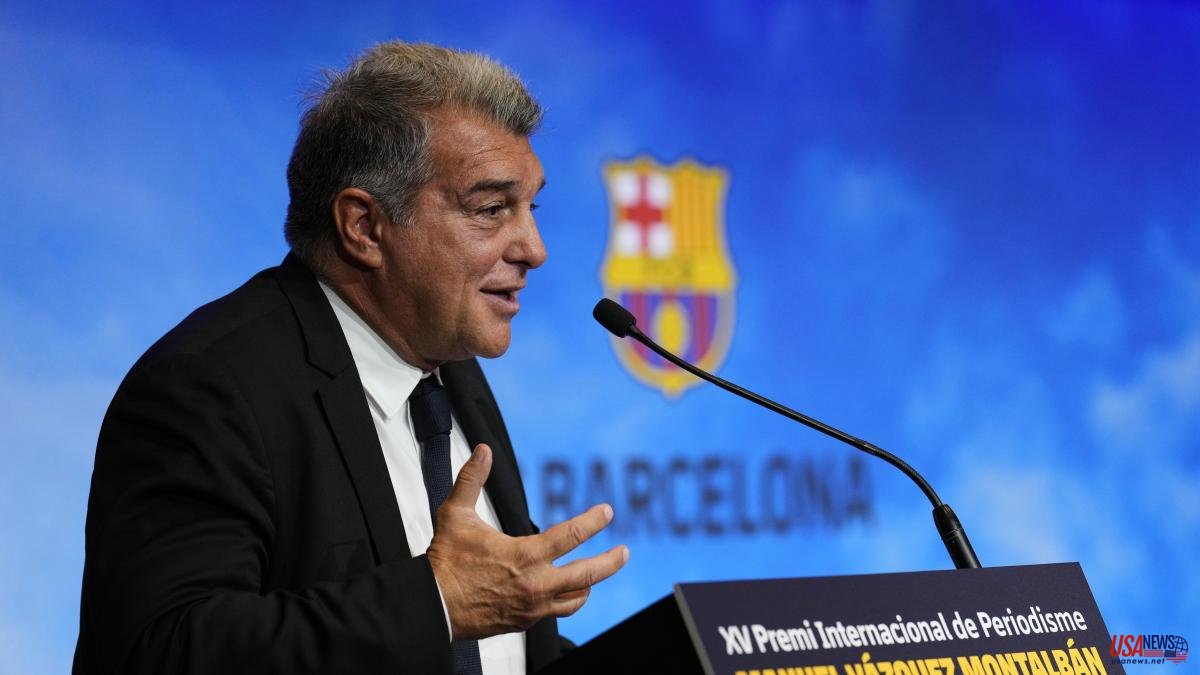 Leo Messi closed his stage of more than two decades at Barça in the summer of 2021, abruptly and bitterly, but from the Barcelona club they continue to remember 'the flea' and after the Argentine conquest of the World Cup it was no exception. First came the institutional congratulations from the club to Rosario's and then came the personal message from the club's president, Joan Laporta.

"Congratulations, Leo! You deserve it. Football owed you this moment," the Barcelona president wrote on his Twitter account along with one of the many messages dedicated to Messi on the accounts of the Barça entity, which throughout the World Cup They have proudly shown the culé past of the Argentine idol.

Messi left Barça against his will and in tears. The now PSG player had the firm intention of leaving the Catalan club in the summer of 2020, when he sent a burofax asking the then president Josep Maria Bartomeu to leave, but with the arrival of Laporta as president he changed his mind. "With Messi I fix it in a barbecue," the leader stated.

Despite this, and when the signing of his new contract, already drawn up, seemed a fact, the club, in serious financial difficulties and limited by financial fair play, decided to end Messi's unrivaled stage at Barça, who found it difficult to speak. , invaded by tears, in his farewell appearance.

Later he signed for PSG and the bitter aftertaste remained in the Barça board for the farewell to the best player in the club's history. "As president of Barça and on a personal level, I am indebted to Messi," said Laporta during the last American tour, who wished for a different end to the relationship between the club and 'the flea': "I believe, hope and wish that the chapter Messi has not finished".

Messi ends his contract with PSG next summer and, despite wanting his return from Barça, everything indicates that he will continue in Paris or, on the contrary, he will leave elite football to sign for Inter Miami of the United States MLS. "After the World Cup, I'm going to have to rethink a lot of things," Messi said a few months ago, who now, after achieving glory in Qatar, will be able to think about his future.