The complicated return of Nico González to Barça

"If Barça wants, I would stay my whole life," Nico González said in an interview with this newspaper last March. 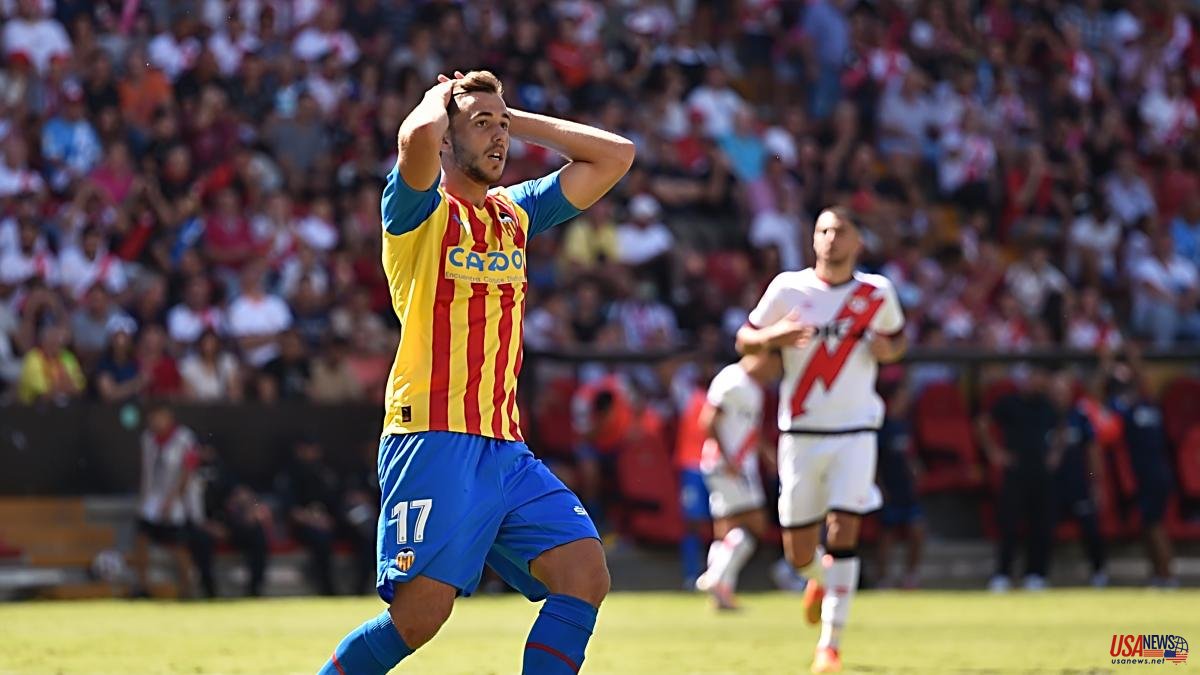 "If Barça wants, I would stay my whole life," Nico González said in an interview with this newspaper last March. At that time Xavi Hernández had already landed on the FC Barcelona bench. And the young 20-year-old midfielder who went through all the categories of Barça youth football and who had debuted with Koeman in the first league game against Real Sociedad, saw how his prominence was decreasing. Xavi's commitment to Sergio Busquets was firm. Frenkie de Jong was also in the bedroom and at the end of the course Miralem Pjanic returned, who, a priori, was going to continue.

It was clear to Nico, an outstanding student at La Masia with a very high coefficient in studies and whose vocation was always the ball. He asked Xavi to go out on loan for a season to progress. And, with the coach's permission, the player left for Valencia. "It's not goodbye, it's see you later. At 20 years old, I need and want to play a lot of minutes to grow as a footballer, and for this reason I decided that the most suitable thing for me was to do it in another club this season”, said the midfielder when he said goodbye.

Before, the club renewed him until 2026. And it imposed a contractual condition on the Valencian team: if the youth squad plays today against Barcelona, ​​Valencia must pay the Barcelona entity an amount that ranges between 100,000 and 300,000 euros, at the that another smaller amount is added if Gattuso summons him. This contractual provision is the new version of what is popularly known as the “fear clause”.

Barcelona, ​​​​which also applied it with Abde when he transferred it to Osasuna, had never used it before. Instead, clubs like Real Madrid have been doing it since the late 1990s. FIFA banned it in 2014 and so stated in the Regulations on the Status and Transfer of Players. Despite the position of international organizations regarding this provision, neither LaLiga nor the RFEF expressly prohibit it. “I see the clause well. We trust Nico a lot and we don't want him to harm us. It's a positive point and it's a decision we made at the club”, Xavi Hernández acknowledged without any problems before the match against Valencia.

It happens that Nico, who during his first term in the Blaugrana first team played a total of 37 games, scoring two goals and handing out two assists, is not enjoying the prominence he expected. He made just four starts in ten league games. “He is at Valencia and he has competition, but he is being important. He decided to go play and have minutes and I'm sure he's going to have them. Valencia is perfect for him because he is a system practically the same as ours. We are following it”, said Xavi, who surprised by responding with a “Why not?” when asked about the possibility of getting him back in January. "We'll see. I wanted him to stay, I thought he could have minutes with us. The season is long, we will talk about it during the January market”, he added.

In reality, as La Vanguardia learned, there is no clause for the footballer to return to Barcelona before completing the year of assignment that he has agreed with Valencia. In case you want to close his return in January, Barcelona must have the placet of Valencia. And of course, negotiate another financial amount with the Ché club for a footballer who arrived at FC Barcelona in 2015 at the age of 11.