The complete annals of the Liceu come to light: 24,000 performances since 1847

For the first time, the entire artistic history of the Liceu is made available to the public, from its opening date, April 4, 1847, to the present day. 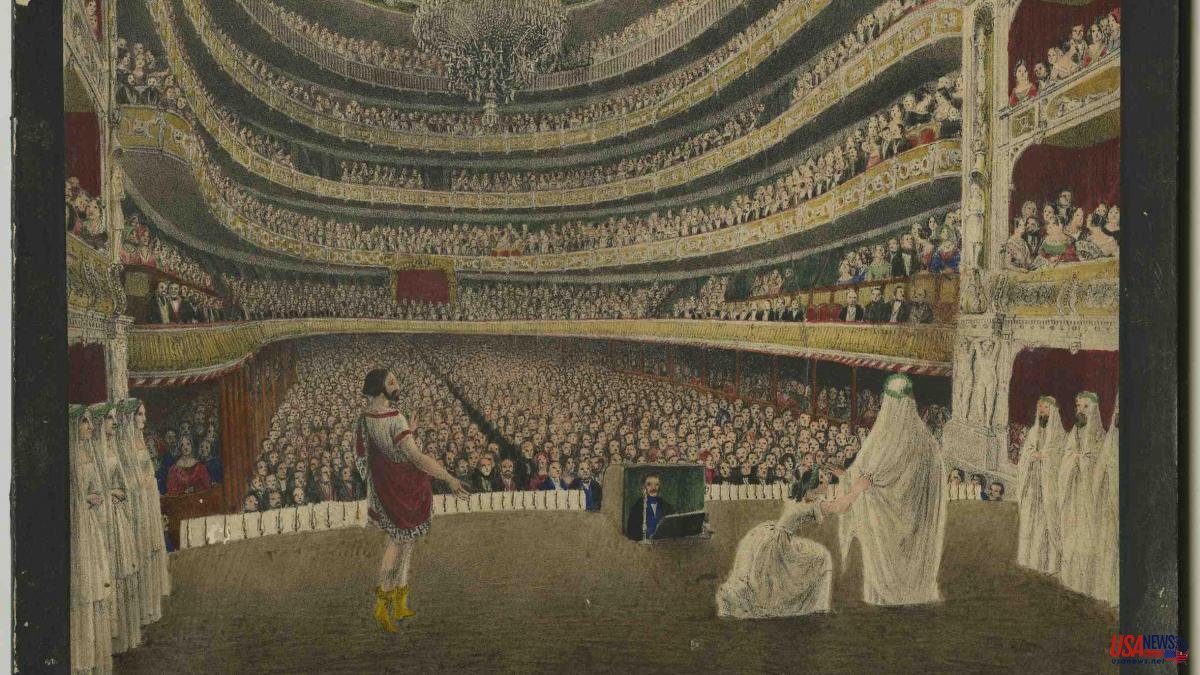 For the first time, the entire artistic history of the Liceu is made available to the public, from its opening date, April 4, 1847, to the present day. A documentary work that the theater began to publish in sections in January 2020 –from the most current to the oldest– and that now culminates with the authorization of the last planned stage, which includes the inaugural period until the first fire. A fire that in 1861 devastated the room and the stage.

Jaume Tribó, master prompter at the Gran Teatre since 1975, is the author of this research that reconstructs the high school seasons: operas, ballets and concerts, plus photographs and playbills. Which means nearly 24,000 performances, some 21,000 people (among artists, composers, etc.) and more than 1,200 handheld programs that can be consulted. A database for which Tribó has worked together with the archive of the Fundació del Gran Teatre del Liceu.

The theater was born being the largest in Europe, with a capacity for 3,500 spectators and with the most advanced stage technology. During the first years the evenings revolved around a play, an opera, a zarzuela, a ballet or a concert, but interspersed with magic numbers, tightrope walks or sleight of hand.

The opera represented, in fact, 25% of the performances. The first to be heard was Donizetti's Anna Bolena (on April 17). Italian opera would have a preferential place in the programming and Verdi's work would be incorporated from the first year. French opera, however, soon occupied its space as well: the characteristics of the grand opéra gave meaning to the grandeur of the Liceu, with its ballets and enormous sets. The most performed composers in that period were Meyerbeer, Halévy and Thomas.

The Liceu has coincided with the celebration of the 175th anniversary in order to gradually publish this cultural and artistic legacy. And he has structured it by making it coincide with key stages in the history of theatre. This is how the documentation related to the last stage, from 1999-2020, which goes from the reopening to the present, has been published; the five years of the reconstruction process since the 1994 fire; the stage that resulted from the creation of the Liceu Consortium, in 1981, until the fire; from the end of the civil war until the death of the last businessman, Joan Antoni Pàmias; the period of the civil war; the one that goes from the explosion of the Orsini bomb, in 1894, until the outbreak of the war; from the inauguration of the second building, in 1862, until the aforementioned bomb and, finally, the aforementioned inaugural stage, until the first fire in 1861.

In reality, the first theater lasted only 14 years, until the fateful fire that started in the tailor's shop, which spread rapidly destroying the room and the stage. The owners unanimously decided to rebuild it, sharing the costs among all the shareholders and people with interests in the Liceu. "Barcelona won general admiration, because in a year it managed to rebuild the coliseum by the architect Josep Oriol Mestres, again without funding from the Royal House," concludes the prompter.