In Comú Podem and the PSC are the two parties with which the Government has the possibility of carrying out the next budgets of the Generalitat (2023). 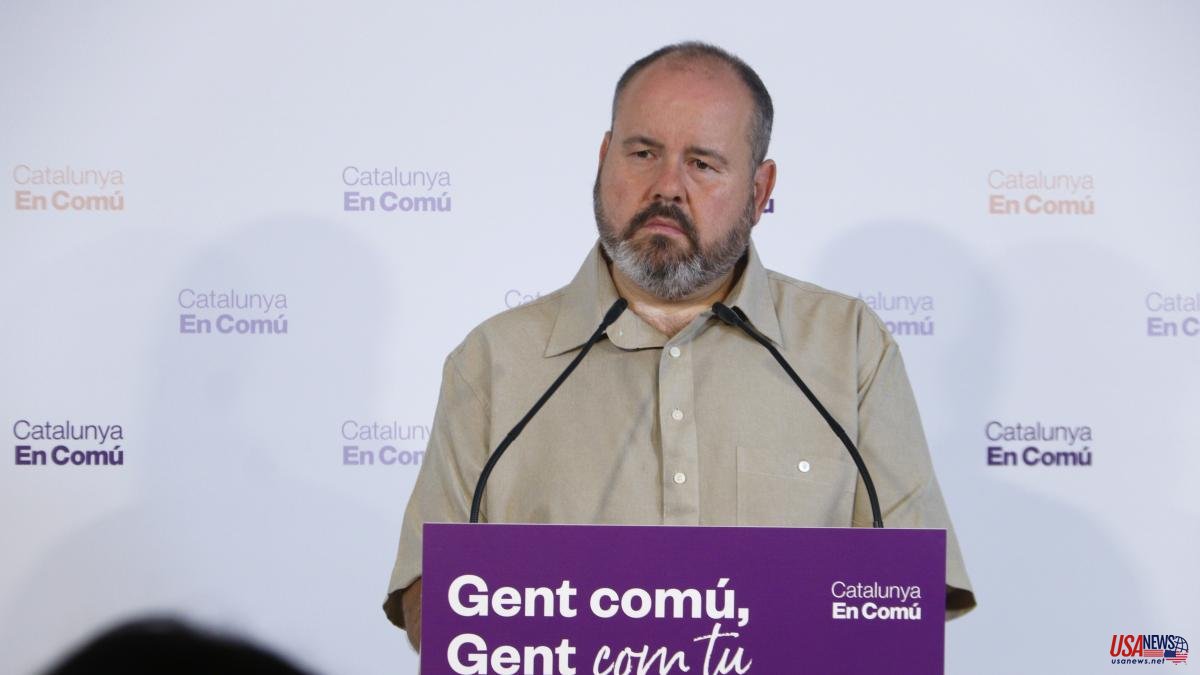 In Comú Podem and the PSC are the two parties with which the Government has the possibility of carrying out the next budgets of the Generalitat (2023). Both formations have been offered for some time and will begin the first formal meetings this week with the Minister of Economy, Jaume Giró. But the attitude of socialists and common people is different. The latter are active and put on the table "conditions" for the negotiation with marked environmentalism and a specific clause on tax matters: that there be no tax cut that favors high incomes; while those of Salvador Illa at the moment only have the intention of "listening" to the minister's proposals.

The purple formation has already had a first informal meeting with the Government and President Pere Aragonès and Albiach have already exchanged some calls. The Government, at least the republican part and the president himself, opt for repeating last year's arithmetic, although it receives reluctance from the post-convergent part of the Executive, which may become more acute with the demands of the commons to support the bills.

The party's spokesman, Joan Mena, today announced the four conditions to lend their support: that they be expansive budgets, without cuts, and with extensive investment in the public sector; that there is no tax reduction that favors the highest incomes; address energy sovereignty with a massive plan for solar panels in large cities, and a shock plan "so that no one is left behind" in the face of the inflation crisis.

Jéssica Albiach's formation wants to "condition the budgets from minute zero", not to set itself up as second place, as happened last year, when the Government verified first-hand that the desired support from the CUP was unfeasible. That is why they have begun to talk about more or less concrete measures.

The president of the parliamentary group has mentioned in recent weeks the possibility of increasing green taxation and Mena today called for the need for "the companies that do the most damage to the planet" to pay. According to Mena, addressing the energy crisis with the planning and promotion of renewable energies constitutes the core of the demands with which they want "the mark" of his political proposal to be noticed.

Although the date of the meetings of the Government with the commons and PSC to address the budgets is not yet known, the disagreements with Junts, who is precisely the one who directs the ministry in charge of designing the numbers, is very present. The commons are not intimidated when it comes to attacking the postconvergents and presenting Esquerra and Aragonès with a clear dilemma: "The Government will have to choose: either the tax gifts to the rich that Junts and the employers want to do or the energy planning that we are posing us”.

The formation of Albiach appeals to the left-wing nature of the Republicans but also to the disagreements with their partner in identity matters: "Catalonia cannot continue to be kidnapped by the occurrences of JxCat", since "it is impossible to get out of the crisis situation that families go through" with the "continuous blackmail and kidnapping" that, according to Mena, Junts exercises.

The commons would again like to be the only partner with which to carry out the budgets, but they are in competition with the PSC, which will also meet with Giró this week to talk about budgets. Faced with this possible rivalry, the purple formation warns that they will not accept "a blank check" and put their conditions ahead: "If the PSC agrees to our conditions, they are welcome", but "the important thing is not so much who but what contents we give to the budgets”, Mena has resolved.

In Comú Podem he does not see Junts leaving the Government, even though some of its leaders assure that it is a real possibility. In the event that the threat is consumed, they do not clarify what role they would like to play, but party sources point out that it would not make sense to advance the elections. "It cannot be that the blackmail of Junts is paid by the Catalans," warns Mena.

For their part, the Socialists will attend the meeting with Giró despite the fact that the ERC rejects an agreement with them. Precisely, the Republican spokeswoman Marta Vilalta, has warned today that "it is not a priority or a good scenario" to negotiate and approve the budgets with the PSC. ERC sees "incoherent" the offer of those of Salvador Illa with which to "justify later the infiltrations or espionage" to the independence movement. The Socialists are not exclusive and will attend the meeting with the Minister to listen to his proposals and then they will break down their proposals.

In an interview on TV3, the leader of the PSC has commented that the accounts are "a first point on which we could find quite a few points of consensus", and has advocated that they have the "greatest possible support". Despite the fact that all the polls maintain the Socialists as the leading political force in Catalonia, "the PSC is in no hurry for elections to be held", its spokesperson Elia Tortolero has pointed out in the face of a possible breakup of the current Government.

Engrossed in "building an alternative" they consider that positioning themselves as an alternative to the Government does not come into contradiction with the outstretched hand to approve the budgets. Although this Monday they have presented one more step to reaffirm the first objective: a membership campaign with a presence on the streets.

The day after the independence demonstration of the Diada, the socialists start the electoral engine with an eye on the May municipal elections. With the campaign 'The power of the rose', the PSC federations will take to the streets 260 tents to increase the list of 12,000 members they currently have and 40,000 supporters.

Once the pandemic is over, Illa's party believes that "there is a desire" to participate politically and they believe that their "useful project" in favor of a "reunion" between the Catalans, in the face of "shouts" and "nervousness", will fortune among the citizens. For this they have chosen slogans such as 'Less inequalities, more rights', 'less tension, more roses' or 'Less flags, more roses'.

This campaign will start at the gates of one of the party's most important traditional events, the Festa de la Rosa, which this year will be held on Sunday the 25th, as usual in the Pineda de Gavà, and which is expected to be massive again after overcome the restrictions due to the pandemic. And, if the agenda does not prevent it, the President of the Government, Pedro Sánchez, will attend.