The coming theater: from Guimerà to Galceran

The theater billboard is full of attractive proposals, such as revisions of classics and contemporary classics, such as Terra baixa, Tots eren fills meus and among the novelties the expected return to the stage of Jordi Galceran with FitzRoy, which premieres ten years after El crèdit . 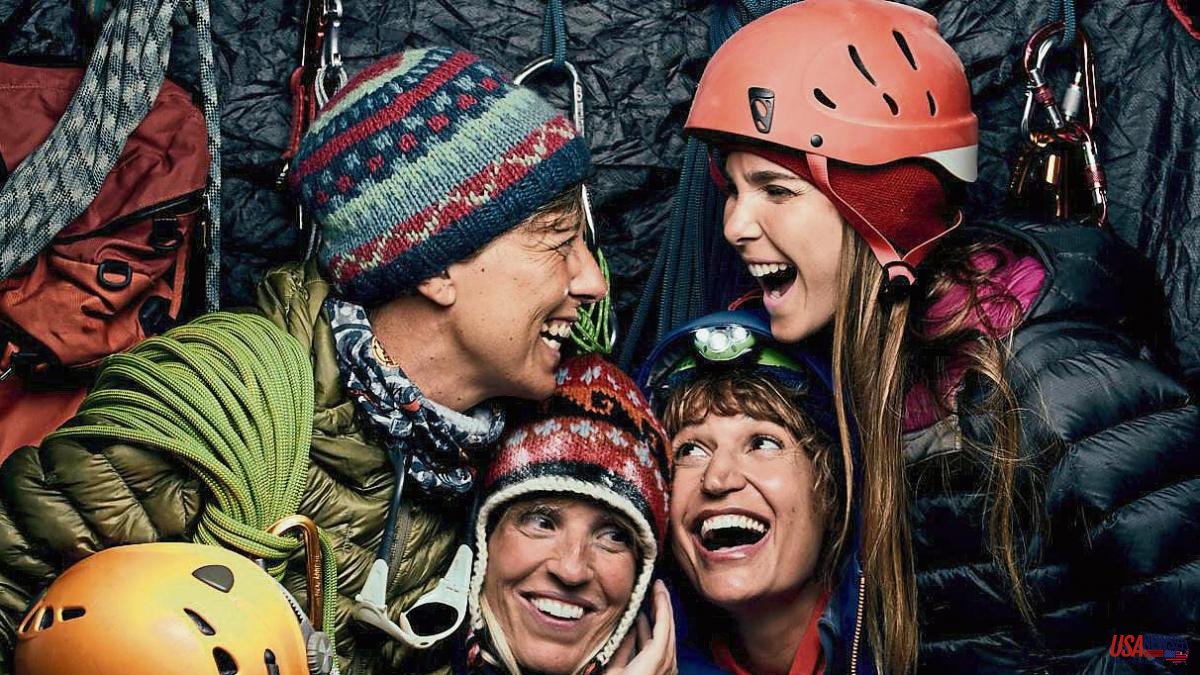 The theater billboard is full of attractive proposals, such as revisions of classics and contemporary classics, such as Terra baixa, Tots eren fills meus and among the novelties the expected return to the stage of Jordi Galceran with FitzRoy, which premieres ten years after El crèdit . There are also many successful works that are back in season, such as Animal negre tristesa, by Anja Hilling, directed by Julio Manrique at the Beckett, or Quanta quanta guerra, by Farrés Brothers i Cia. at the Tantarantana, based on the novel by Mercè Rodoreda. Or the works from last season that tour different towns.

Montse Rodríguez Clusella directs the new play by the Argentine playwright, author of A.K.A. (one of the theatrical marvels of recent years). Two young people dazzled by the welfare state fight in Stockholm for their happiness. (TNC, 1/11)

At the behest of Mònica Bofill, Ramon Madaula puts himself in the shoes of the famous American warrior, interviewed by journalist Raquel Sans, following his visit to Barcelona with his circus at the end of the 19th century. (Teatro Goya, 15/I)

The director of the TNC, Carme Portaceli, takes over the direction of the great classic of Catalan theater, turned into a detective story, with the eternal class struggle between the upper and lower levels. In the cast, Anna Ycobalzeta, Laura Conejero and Eduard Farelo, among others. (TNC, 18/I)

Roger Casamajor directs this production of Escena Nacional d'Andorra, about a town in the Pyrenees where young people go to war. (Teatro Akademia, 25/I)

Anna Moliner and Joan Negrié, directed by Joan Maria Segura, star in this road movie by the director of La Calòrica. Some musicians, fed up with traveling to perform on stage, consider leaving it. (Teatro Condal, 30/I)

The new proposal by the popular playwright puts four women to the limit, in a roped party on the mountain in Patagonia that gives its name to the piece, the FitzRoy. In extreme moments, everything explodes. The women's rope is made up of Sílvia Bel, Míriam Iscla, Sara Espígul and Natalia Sánchez, under the direction of Sergi Belbel. (Borràs Theatre, 2/II)

Oriol Broggi recovers, twenty years later, the first production of La Perla 29. A foundational work that is the fable of a warrior who lays down his weapons and embarks on a journey in search of justice and freedom. (Library Theatre, 8/II)

David Selvas directs this great American drama, about the owner of a factory of airplane parts that are defective and cause deaths among the soldiers. With Emma Vilarasau, Jordi Bosch and Clàudia Benito. (Free, 22/II)

The magnificent Pere Arquillué and Carles Martínez give life to the characters of this moving novel, adapted for the theater by Marc Artigau, Cristina Genebat and Julio Manrique, who directs the production premiered in Temporada Alta. (Teatro Romea, 1/III)

A broken family embarks on a journey in search of the past before the breakup. Jordi Boixaderas leads the cast, directed by Lucia Del Greco. (Sala Beckett, 8/III)

Directed by Marga López, the Mallorcan playwright presents the story of three abandoned women, the grandmother, the mother and the daughter, who are fleeing their lives. (Beckett Room, 22/III)

Mario Gas leads two veterans like Núria Espert and Vicky Peña on this trip to Illa de l'Aire, on the coast of Menorca, to reveal the secrets they hide with the other women in the family. (Romea Theatre, 25/III)

Second play of the year by the playwright outside the company La Calórica, about the death of a parent seen from the eyes of a teenager. Glòria Balañà and Altimira direct the piece, interpreted by Nil Cardoner. (Free Theatre, 29/III)

After the success in Madrid, Alberto San Juan presents in Barcelona the adaptation of Morales's novel, about four women who live together in a sheltered apartment. ( Teatre Lliure, 12/IV)

Translated by Joan Sellent, Àngel Llàcer directs this English classic about the decline of an affluent family over the years. (TNC, 13/IV)

Carol López adapts and directs this popular classic, about the love affairs between the Marquise de Meurteil and the Count of Valmont, with Mónica López and Gonzalo Cunill. (Free Theatre, 18/ V)

The playwright is also the director of the production, with Miki Esparbé and María Rodríguez, who tries to answer the question about what we would take with us on a deserted island. In a fortuitous meeting, two characters review their lives and all the paths they could have taken at any given time and that would have shaped another life. (La Villarroel, 2/VI)

The playwright also directs this piece, which tells the adventures and misadventures of a professional fiction liar, an actor, trapped for a long time in a maze of professional and personal frustrations. (Flyhard Room, spring)