The "cold peace" of Neymar and Mbappé

Since Neymar and Kylian Mbappé arrived at the PSG dressing room in the summer of 2017, more has been said about the relationship between the two than about their undeniable footballing quality. 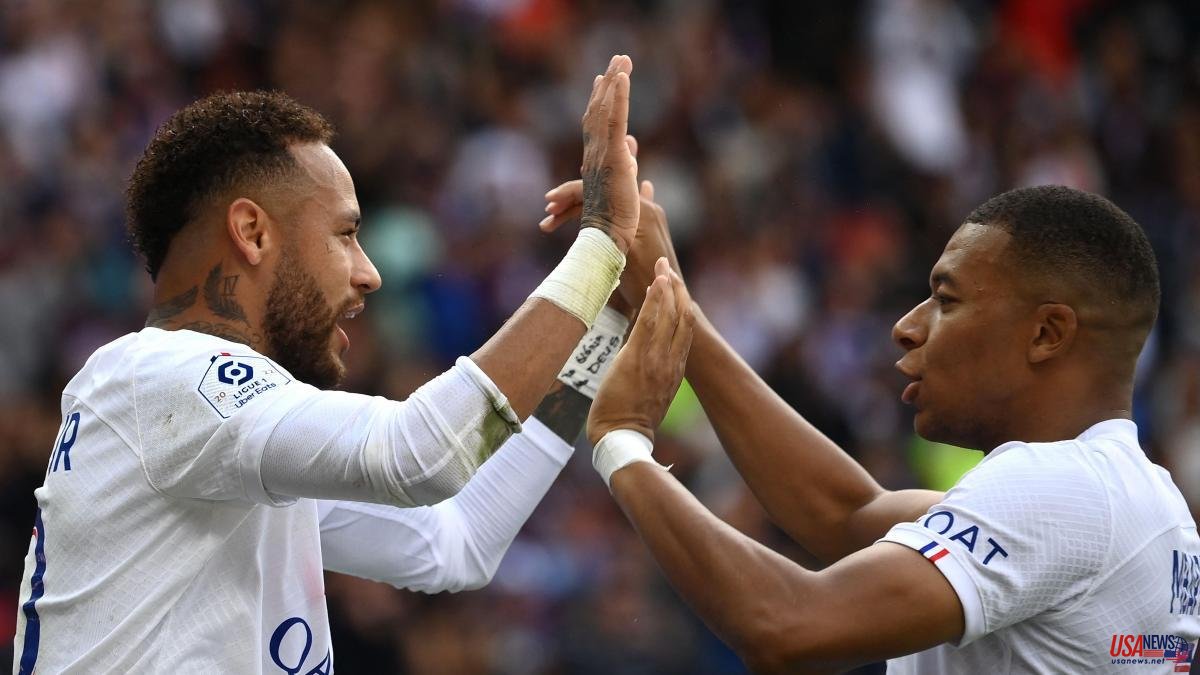 Since Neymar and Kylian Mbappé arrived at the PSG dressing room in the summer of 2017, more has been said about the relationship between the two than about their undeniable footballing quality. For five years there has been speculation about the differences that separate them, sometimes visible on the pitch, and now L'Équipe has delved a little deeper into the delicate balance between the two stars.

The French newspaper baptizes their relationship as "cold peace", since both the Brazilian and the French keep their forms, but there is no great affinity either, as Neymar evidenced when asked in Brazil about his teammate. "Puff... I don't...", he replied after the win against Ghana (3-0), just before leaving the mixed zone in a hurry.

The last staging on the green of the differences between the Frenchman and the Brazilian occurred in the Ligue 1 match against Montpellier on August 13, when Neymar shot a penalty despite the fact that Mbappé, who had previously missed one, gave him He demanded to execute the maximum penalty. The game ended with a victory for the people from the capital (5-2).

That dispute, in which Messi acted as a spectator and even as a mediator, as also revealed by L'Équipe, could be one of the "several boiling episodes" between the two players that the newspaper highlights in this new report. In addition, he also explains that the two have "a cordial but tumultuous relationship with PSG".

The Parisian club has put together a great team based on checkbooks in recent years, but among all its stars its brilliant attacking trident, made up of Neymar, Mbappé and Messi, is undoubtedly the most decisive line. Despite this, PSG have not gotten the expected return from such offensive quality, especially in the Champions League.

Both Neymar and Mbappé are aware that they need each other to aspire to the coveted 'orejona' and therefore "they don't want direct conflicts", although L'Équipe assures that "the balance between the two continues to be precarious" after "a turn fierce this season" on their relationship. "It's one of the challenges of the PSG season," he concludes about the need for the cordiality between the two cracks to last.

Check all the results of Ligue 1.