The coalition government runs aground in the negotiation of the budgets

Last budget of the legislature and the government partners measure forces. 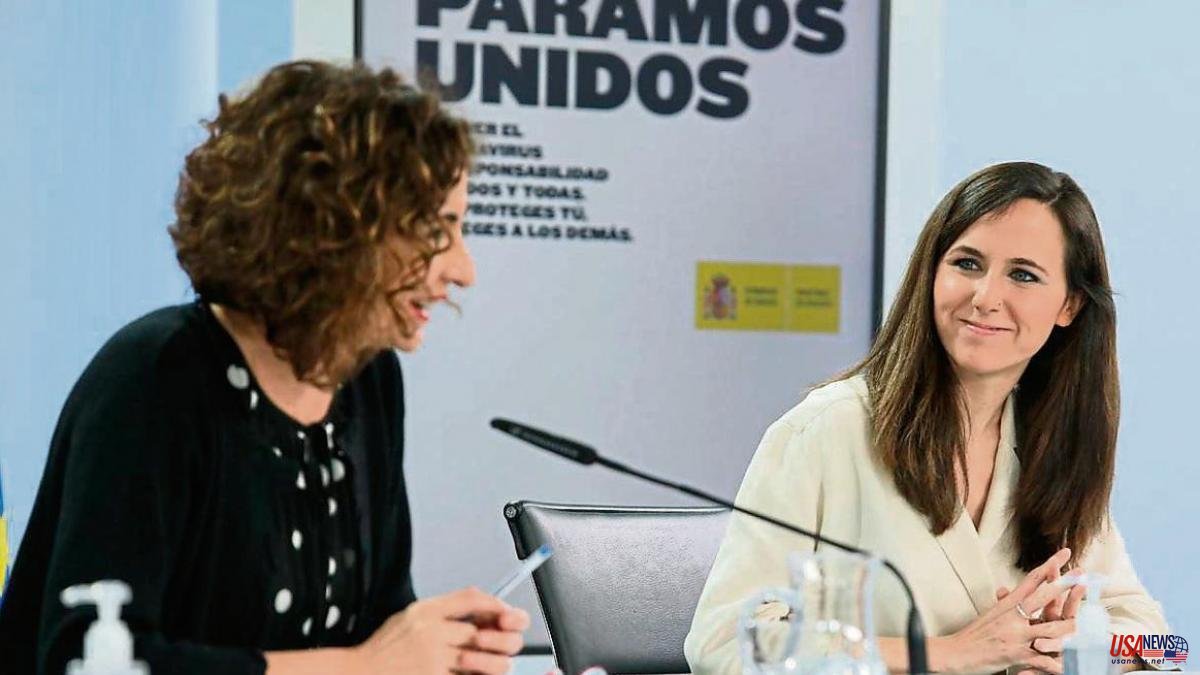 Last budget of the legislature and the government partners measure forces. The Socialists, in anticipation of an election year in which they will have to assert their brand and the action of the president, Pedro Sánchez, have made the negotiation more expensive, while from United We Can, and in the face of the resistance observed, they have decided to turn on the alarms and make public the difficulties of the negotiation. The General Secretary of Podemos and Minister of Social Rights expressed this uneasiness yesterday, before the State Citizen Council of Podemos. She spoke of her "concern" about her because the negotiations for the approval of the general state budget for 2023 are "stuck". Training sources go further and assure that the Socialists have been installed in the "no to everything" for weeks, which has prevented progress towards an agreement.

This urgency does not only concern the 2023 accounts, but also several of the agreed legislative commitments, they point out in Podemos, substantially the Housing Law – market intervention continues to be a problem – and the repeal of the Gag Law. Belarra alluded to this in his speech before the party: “We urgently need longer paternity and maternity leaves to care for our sons and daughters with dignity, free school supplies so that boys and girls go to school equally of conditions, a Housing Law that makes Sareb homes available to the public housing stock and repeal, as the president said when he was in opposition, a Gag Law that should not have been in force for a minute after the departure of Rajoy from Moncloa”.

Minister Belarra, at the first meeting of the State Citizen Council in the new academic year, insisted that "there are problems that cannot wait any longer", alluding to the economic recipes launched by Podemos, disdained by all and today adopted by the EU , added: "We do not want to repeat more times, because time proves us right, that this or that already said Podemos months ago". And in a direct and challenging allusion to the PSOE: "It is time to govern without fear and without asking permission from those who rule without running for election."

In Moncloa, however, they play down the new alerts from Podemos, well aware that the purple formation always uses public warnings as an element of pressure in each negotiation that opens within the coalition. "We have to go step by step, and we are doing very well," they say.

Sánchez himself already assumes that there will be new budgets “in due time and form”, so that they can come into force on January 1, 2023. The Minister of Finance, María Jesús Montero –now also deputy general secretary of the PSOE–, It has on its agenda that the budgets be approved by the Council of Ministers at the end of this September or the beginning of October, to then begin their parliamentary processing.

As on the two previous occasions, in Moncloa they hope to obtain "broad parliamentary support" from the legislature's allies, from the ERC to the PNV or EH Bildu. Although everyone is well aware that the immediate electoral scenario –before the regional and municipal elections next May– will make all negotiations difficult.

For Sánchez, however, approving his third consecutive budgets and on time will be the best demonstration of political and institutional stability in the midst of an uncertain panorama of energy crisis and skyrocketing inflation.