The CNMV after the fall of FTX: the crypto are "empty" and are "useless"

If cryptocurrencies are for young people, the CNMV is the father who warned them of what was to come. 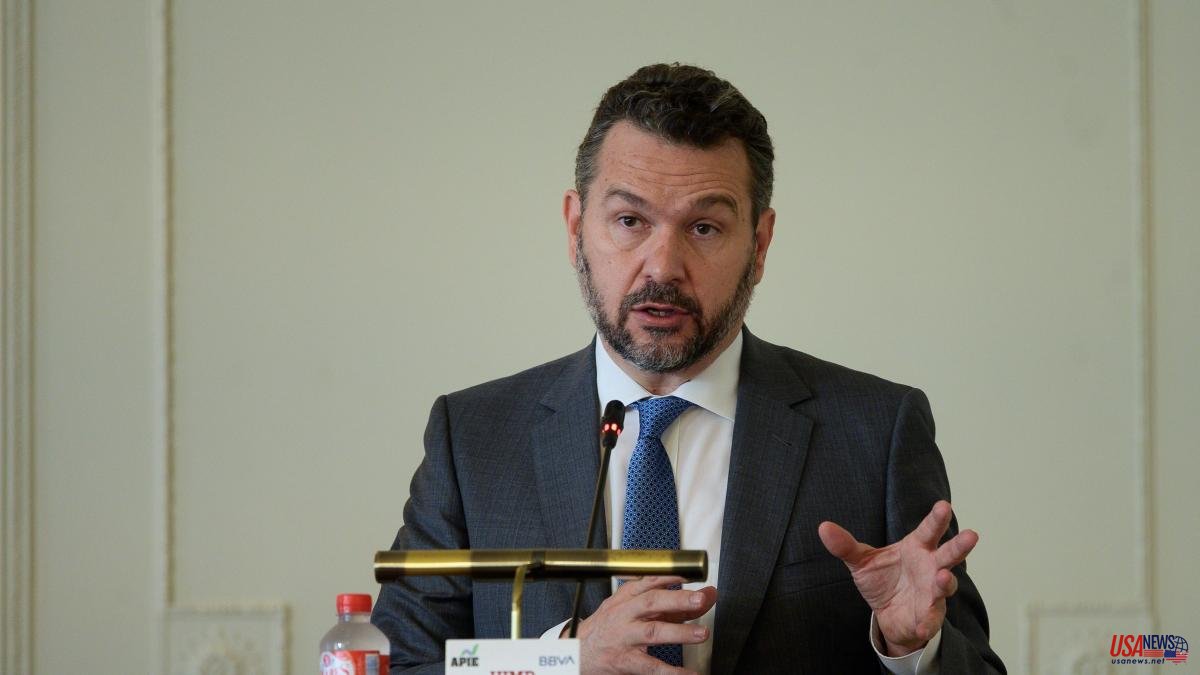 If cryptocurrencies are for young people, the CNMV is the father who warned them of what was to come. The president of the market supervisor, Rodrigo Buenaventura, has made his first public intervention today since the fall of the operator FTX and has not spared qualifications when assessing the "crypto winter" and the "cryptoglaciation" into which virtual currencies have fallen. Cryptocurrencies are "useless", "empty of content" and have shone with the "aura" of some of the world's greatest fortunes, which is best not to be trusted, he has assured.

Unlike the complex investment products that caused so much anger in the 2008 crisis, cryptocurrencies have long drawn warnings from supervisors and regulators, and the president of the CNMV has insisted on it. "Since 2018 we have been warning year after year of the risks of cryptocurrencies" and of the "loss of intrinsic value of these products that are not regulated or supervised, that lack the minimum investment network", he stated in a conference organized by Expansion and KPMG.

"Overnight, the cryptocurrency, the custodian, the keys and the entity itself can disappear", as has just been seen in the latest episode about FTX, which has left "a very painful trace" among investors, has pointed out. The CNMV obliges advertisers of the product to warn of its risks and is awaiting the new European regulation on crypto assets, known as MiCA.

Buenaventura has assured that it will take time to find out what really happened in FTX, although he does not believe that behind the platform there is much sophistication, but rather a much more "mundane and traditional" scheme, like the one that is usually found behind these cases: "absence controls, non-existent governance, use of imaginative accounting, misuse of investor resources and opaque accounting". "If this weakness occurs at FTX, one of the largest firms, it's not hard to imagine what will be happening at smaller firms."

It has also thrown a dart into the enthusiasm of some international tycoons for cryptocurrencies. Cryptocurrencies "has revealed the danger of the aura effect that sometimes surrounds supposed business gurus, either because they have a Nobel Prize or because they have a personal fortune of 30 billion." He has not given names, but the founder of Tesla and owner of Twitter, Elon Musk, has been a great fan of these products, to the point of announcing billion-dollar purchases of bitcoins at its peak and then withdrawing his support for this crypto. to bet on another, the dogecoin.

"Better to trust regulated, solvent and professionalized companies, even if it seems boring", Buenaventura stated. The president of the CNMV has also celebrated that Spanish banks have not adopted cryptocurrencies in their product offerings for clients: "Seeing the panorama, I am glad that I have been conservative and that Spanish entities have emerged unscathed from this cryptoglaciation."

"Digital currencies are empty of content and are useless as investment products", is the conclusion of the CNMV, which regrets, however, that this reputational crisis affects the blockchain technology in which banks work and that seeking "contributions positive for the financial system".

The CNMV yesterday launched a public consultation to control the activity of the 'traders' of contracts for difference, or CFDs. This product is very fashionable among individuals who buy and sell stock shares and can be dangerous, since it does not have the backing of a share or any physical asset.

The CNMV consultation is open until January and is aimed at imposing "additional restriction measures on the commercialization of CFDs among retail investors through the use of advertising." "The reason is the high level of risk of these products and the fact that the vast majority of them end up losing money. There are very aggressive sales techniques, especially from entities that do not come from Spain," said Buenaventura.

In CFDs, what is being bought or sold is not a share, but the difference in price of the share at any given time. It is a way to play with the ups and downs of the stock market without the need to have a property title. For example, one can buy today what a share will appreciate in a few days. It is a risky bet because if the stock does not rise as expected or even falls, what one has bought is something of lesser value or even non-existent.